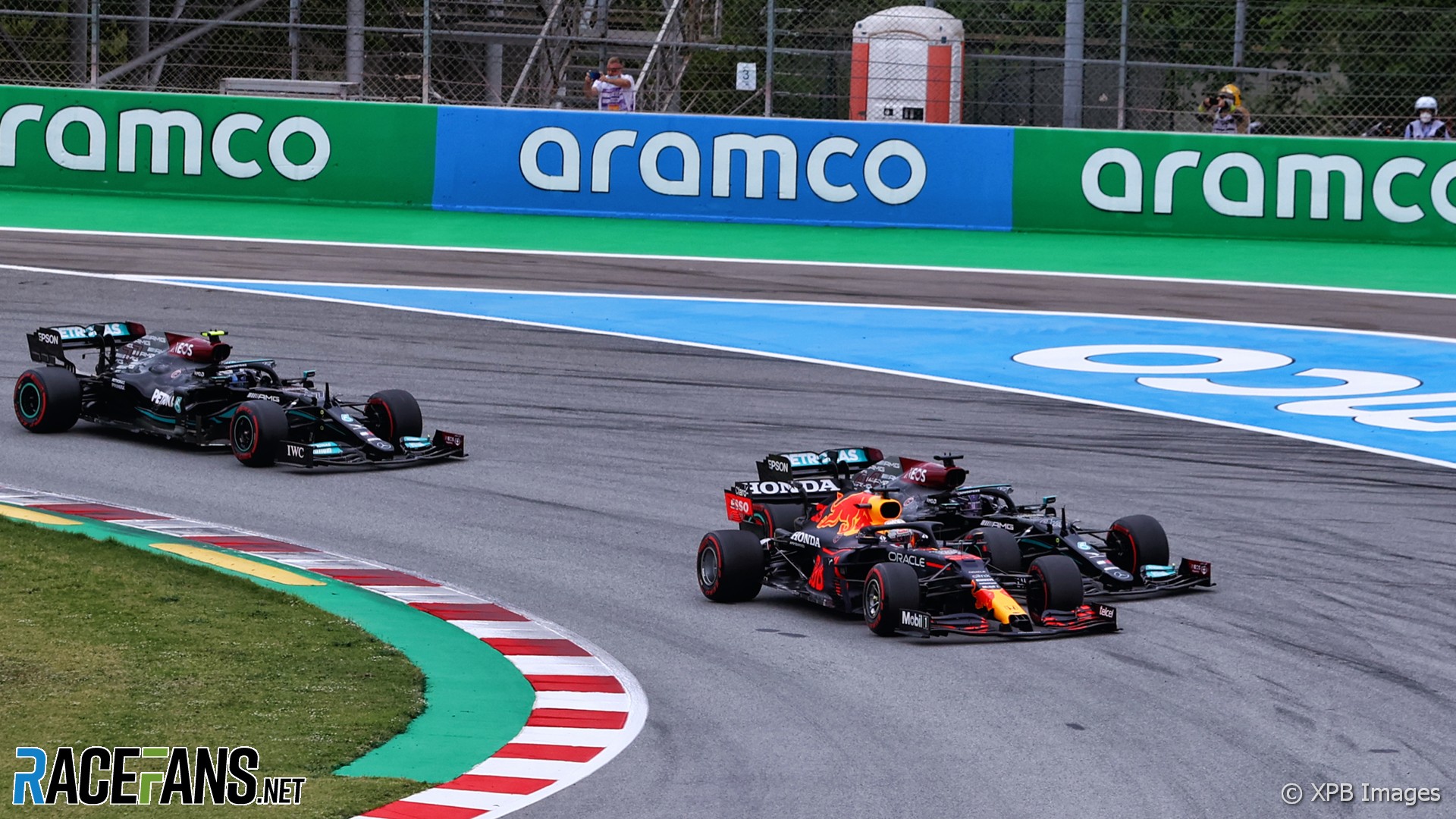 He sees Max Verstappen as the first credible opponent Hamilton has faced since Nico Rosberg beat him to the 2016 title.

“I think it’s great for Formula 1,” said Brown last week at a McLaren press conference to present their new livery for the Monaco Grand Prix.

“Lewis has had a pretty easy ride outside of his one year with Nico. So I think it’s a great rivalry.

Despite losing the lead of the Spanish Grand Prix to Verstappen at the start of the race, Hamilton fought back to pass his rival and take his third win of the year. The Mercedes driver holds a 14-point lead in the drivers championship ahead of this weekend’s race in Monaco.

Brown believes Verstappen has “gotten Lewis to step up, not that he needed much stepping up. He’s definitely on his ‘A-game’.

“I think it’s clear Lewis is a very smart driver. You can just see him sitting there, waiting to strike and isn’t kind of over-eager. That’s his experience coming through.”

McLaren have been the highest-placed midfield team in three of the four races so far this year. Brown hopes the simmering rivalry between the two championship contenders will present opportunities for his team.

“Rivalries are great in the sport,” he said. “And having those two guys go at it, hopefully that at some point over the course of the year might create some opportunity for us, because I think it is just a matter of time until they both are determined to not let up into turn one and neither come out.”

Daniel Ricciardo, a former team mate of Verstappen, has been anticipating the rivalry between the pair for a while.

“We knew for a long time this was a little bit of a matter of time for Max,” he said. “We all know what his talent’s like.

Hamilton is finally getting the credit he deserves for his performances now he is up against Verstappen, Ricciardo added.

“A lot of people are probably tipping their hat to Lewis, he’s getting it dished back at him and he’s holding his ground and I guess showing people that maybe doubted him why he is as good as he is. So I think it’s going to keep going on.”

Ricciardo believes Hamilton’s greater experience will be a significant factor in the title fight.

“At this stage you’d always take experience, so if it was really like down to the wire, then I think already Lewis has showed some strong signs of that. But then again, if there’s a gap Max goes for it and that’s why I obviously respect Max a lot.”

However Ricciardo’s team mate Lando Norris believes the superior performance of the Mercedes and the differences between the title rivals’ team mates will make the difference.

“On average the Mercedes has looked quicker this season. They also have Bottas more often than Perez to kind of back them up and help with his strategy, which makes a big difference.

“But I think Red Bull still need to make a bit of a step to say it’s completely fair grounds. The fact Lewis could follow Max so closely for the whole race [in Spain] and then pass, although that was a strategic difference, the fact he could follow so closely for the first stint was pretty impressive and shows they’re very quick.

“If Perez was up there, maybe you’d see some more differences and it wouldn’t look as easy as it does. But I think they’re pretty even as drivers and I think they put on a good show quite often.”

Verstappen’s first-corner lunge at Hamilton in Spain was the kind of risk he needs to take in the title fight, Norris believes.

“Like Daniel said Max goes for those opportunities like turn one, it was quite a risky thing. If Lewis turned it into someone they would have crashed. Max was pretty committed with his move.

“That’s like the opportunities Max needs to take at this stage because they’re a bit slower. It’s also what makes it fun because then Lewis has to come back through and try and get past him. So it’s fun.

“But at this stage, I think I would have to give it to Lewis and Merc because it’s Merc.”