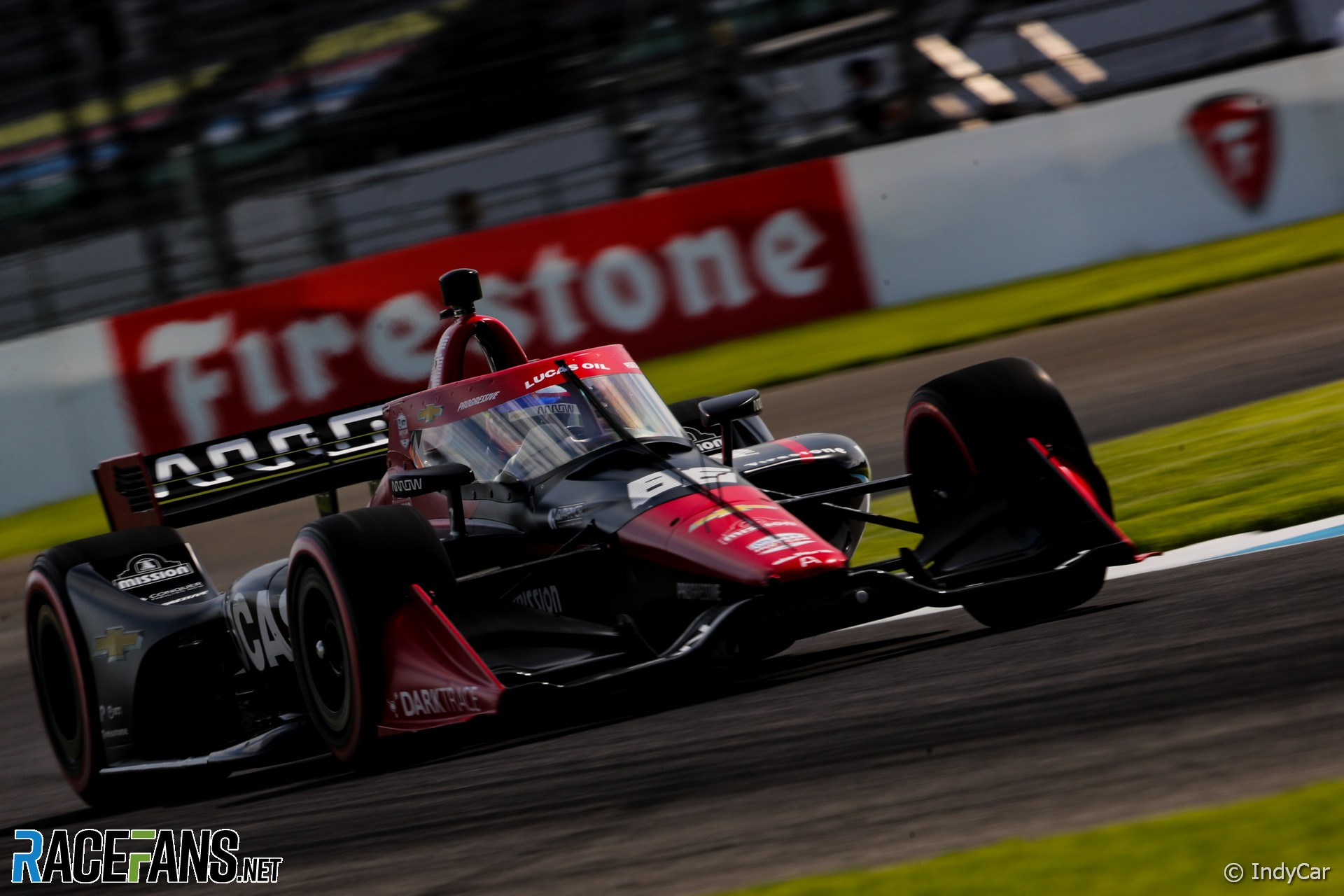 “This weekend was a difficult weekend,” Montoya admitted following his first IndyCar start for four years.

Montoya blamed a lack of practice running on the red-sidewall alternate compound tyres during practice and qualifying for his struggles in the early part of the race. “We did all the practice and everything on the wrong tyres.”

“Today was a day where you race on reds,” he said. “My first lap on reds was supposed to be before qualifying.

“I spun on them, I flat-spotted them. So I did four laps of qualifying on those tyres, and then the next time I drove on them was during the race. So it made it very long, and very difficult.”

Montoya, driving the red and black number 86 McLaren SP entry, qualified 25th and last on Friday after being penalised for holding up Alex Palou. He made little progress from the start of Saturday’s race, which he finished a lap down outside the top 20.

He believes some progress was made, however. “At the end of the weekend, we felt that my car was getting competitive and the pace was pretty good.

“At the start of the race, we were so far off. But as the day went on, I think we made really good changes. We worked really well with the engineering and the strategy, together – we really kept on top of everything that was going on, and that made everything much, much easier.”

The 45-year-old returned to McLaren 15 years after walking out of their Formula 1 team at the same venue. But the squad which won in Texas two weeks ago had a lacklustre weekend by their recent standards.

Texas winner Patricio O’Ward could only manage a 15th place finish, two places ahead of team mate Felix Rosenqvist. The latter is yet to finish inside the top 10 since joining the team this year.

“It was a tough day,” McLaren SP team president Taylor Kiel reflected. “It was tough for everybody. Certainly our team really struggled from the beginning of the weekend to find the pace. It’s very disappointing to have a weekend like that, obviously.

“The good thing is we’re back on track in a couple of days getting ready for the biggest race on our schedule. Not the performance we wanted and certainly not the way to back up a victory, but we have a chance here in the next week to make it right,” added Kiel.

Montoya has returned to IndyCar in a bid to win the Indianapolis 500 for a third time. He won the race as a rookie in 2000 with Ganassi, then again in 2015 with Penske.

Those two wins bookended a successful six-year run in Formula 1, followed by a seven-year tenure in the NASCAR Cup Series. He’ll look to join an exclusive fraternity of three-time Indy 500 winners this year by becoming only the third international driver to accomplish this feat, and the 11th in total.