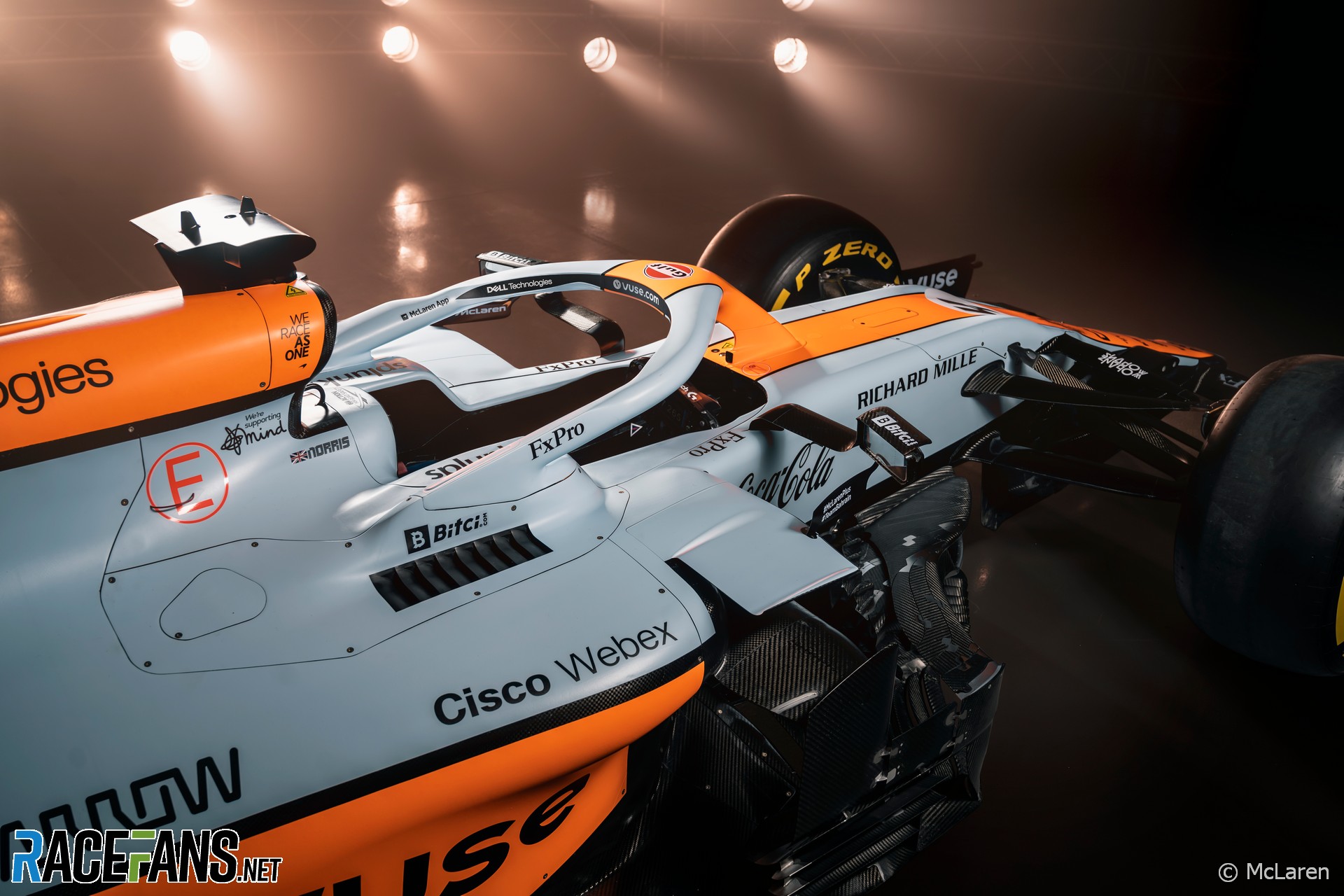 Back in February 1999 the newly-formed British American Racing team was testing at Kyalami ahead of its debut season, the singleton car present at the circuit bedecked in metallic blue complemented by the gold logos of its majority shareholder British American Tobacco.

BAT had decided to spare no expense in promoting its primary brands – Lucky Strike and 555 – ahead of an expected ban on tobacco advertising and figured F1’s global reach provided the most cost-effective platform for its marketing campaign. Cue the funding of a new team operating out of turn-key facilities in Brackley, England that have since delivered multiple titles for Brawn and Mercedes, but not a single win for BAR.

The programme hinged upon entering a car in the colours of each of the two brands, so one car in the white/red/black of Lucky Strike and another in the blue/yellow of 555. Indeed, the team launched its cars in those liveries in early January despite the 1999 F1 regulations for the first time including a clause stipulating that largely identical liveries for both cars.

Team boss (and shareholder) Craig Pollock called the clause “unconstitutional”, then challenged the FIA in the Lausanne-based International Chamber of Commerce, where arbitrators unanimously found against the team. I was with Pollock at Kyalami when the verdict was handed down, and the shock was clear to see – particularly as potential sanctions included suspension from the championship for bringing F1 into disrepute.

However, Craig stressed that the team had a Plan B: the two cars would be liveried identically, one brand per side separated by a giant zipper down the centre. The revised colour scheme satisfied BAT’s commercial requirements despite looking super-naff, and, of course, complied fully with FIA regulations, then administered by a governing body presided over by Max Mosley.

However, the livery clause was tightened further in subsequent versions of F1’s sporting regulations, with the latest provisions reading: Both cars entered by a Competitor must be presented in substantially the same livery at every Event, any significant change to this livery during a Championship may only be made with the agreement of the FIA and [F1] the Commercial Rights Holder.

The key words are, of course, ‘with the agreement of the FIA and the Commercial Rights Holder’ as these suggest a modicum of flexibility provided that any requests are justifiable and that the alternate livery is becoming of what is a world championship. That said, the governing body appears to be more pragmatic than it once was, while F1 obviously welcomes any initiative that generates provides additional

This flexibility was evident during the 2019 German Grand Prix, when Mercedes raced under special white-fading-to-silver heritage colours to celebrate 100 years of motorsport participation. The team had cause to regret tempting fate, for the event was an unmitigated disaster for them. Team boss Toto Wolff later remarked: “It simply could not go much worse,” adding, “It shows you shouldn’t fool with stuff.”

Ferrari, too, tempted fate last year by pitching in historic scarlet for (officially) its 1,000th grand prix, held at the Mugello circuit, owned by the company. The team’s own race report says it all:

“It was a chaotic race, red flagged twice because of crashes which meant there was a total of three starts off the grid. The SF1000s struggled to fight in the pack, even though Charles [Leclerc] got a great start and was third for a few laps. Sebastian [Vettel’s] race got difficult right after the start as he was involved in a first lap incident, incurring damage which dropped him to the back of the pack.”

Now comes news that McLaren will race under a special Gulf livery in Monaco, having obtained all the necessary approvals, with McLaren racing CEO saying it was an “easy approval”.

“[The change] requires FIA and Formula 1 approval,” he said. “You submit to them your design and your rationale, and they all loved it and approved it.”

Three years ago Brown urged F1 to allow teams to run special liveries, citing Monaco as an example of a race where he hoped to introduce a one-off design. Now he’s got his way.

“It used to be something that the teams would have to vote on, but that governance has changed,” Brown explained. “[It was] a bit silly that some teams should have says over what other teams look like. So, fortunately it was an easy approval with the FIA and Formula 1.”

Brown made clear that any changes to liveries should have a clear purpose – in this case celebrating a partnership that harks back to 1968 with team founder Bruce McLaren: “A change should not confuse the fans or result in a team losing its identity,” Brown said during the livery launch last week, details of which were embargoed until yesterday.

“But at the same time, I think to do something a few times a year that’s special I think creates some excitement and some additional engagement with the fans.

“At this point we only intend to run it at Monaco. I think if you’re going to have a special livery, you need to keep it special. It’s something, as you all know, isn’t done that often in Formula 1.”

There are no doubts that the Gulf livery is striking, as were the Mercedes and Ferrari heritage liveries before it, but in F1 the acid test is results, and not fancy historic colours. Thus the big question ahead of Monaco is: Will McLaren and Gulf beat F1’s heritage livery bogey?

Brown is hopeful fortune will be kinder to them than it was to Mercedes. “I think that had to be a coincidence,” he says.

“The weather was tricky so drivers were chucking it off the track. If I remember Lewis had a call to ‘come in to the pits’, ‘not come into the pits’. I don’t see how that tied back to that.”

Glancing at Lando Norris and Daniel Ricciardo in their duck egg-blue overalls, he added: “When these guys put their helmet on, they’re going to forget what the race car looks like other than the steering wheel and the two tyres in front of them. So I’m not worried about that at all.”