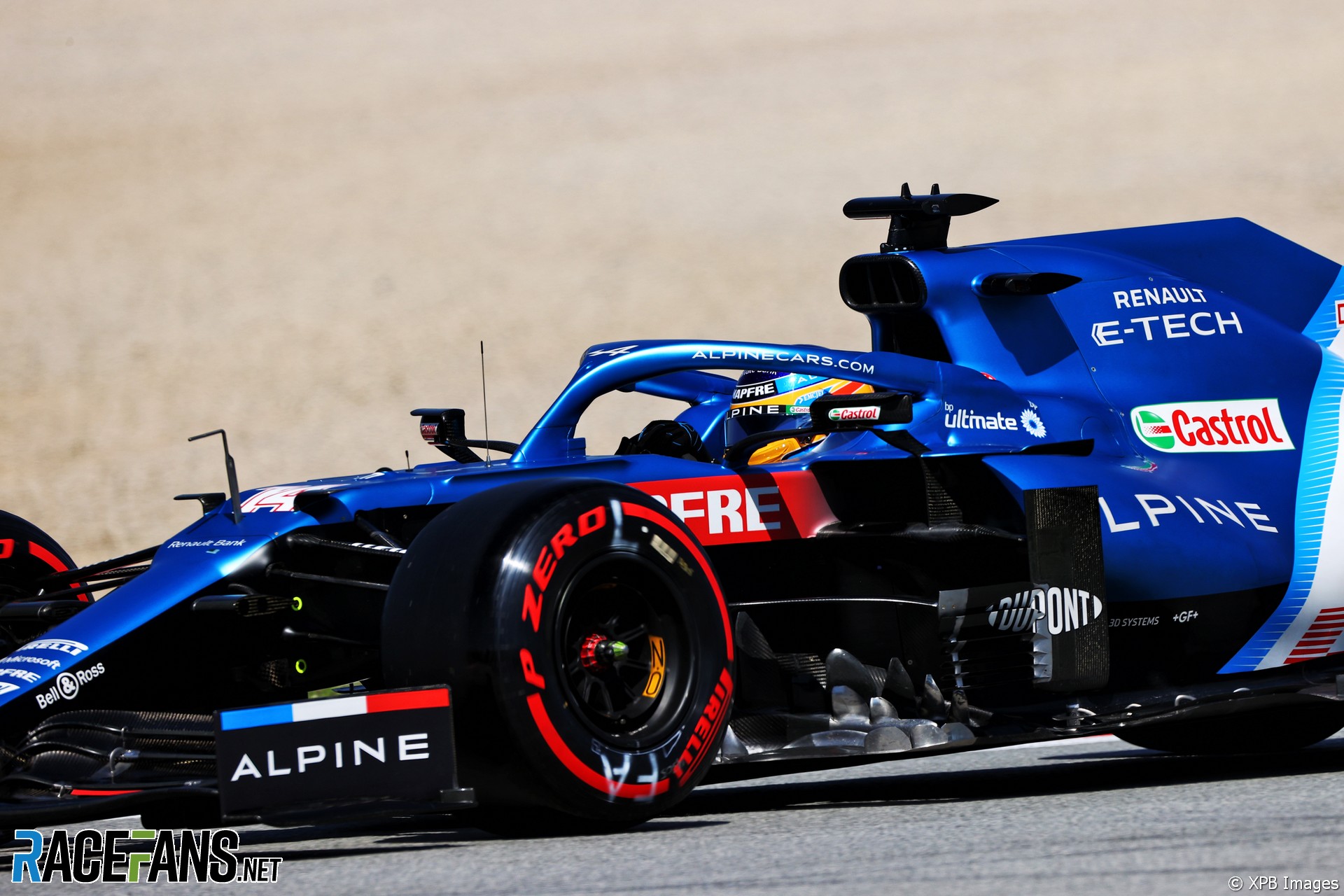 Fernando Alonso doesn’t want Alpine to change his car to suit him this year because of the new technical regulations which will come into force next season.

The two-times world champion has been out-scored by junior team mate Esteban Ocon so far this year. Alonso, who has returned to F1 after a two-year absence, said the team has made some changes to the car to suit him better.

“This car has a different approach for the power steering, for the feeling you have with the steering weight,” he explained. “Not being too specific on what is the changes, I’m used to a different kind of assistance in he power [steering].

“This is something that finally is coming into the car for my side of the garage and hopefully is one step more to get used to.”

However making further changes to the car would be time better spent working on their new design for the 2022 F1 season, Alonso believes.

“There are more small things that they need to get used to. I think the car has different characteristics in the way it behaves.

“With the change of regulations for next year it makes no sense to make a change into the car philosophy. It’s up to me to drive differently this car and it’s what I will try to do later in the year. So I will get better and I will be there soon, I hope.”

Alonso is hopeful the team will be competitive in this weekend’s Monaco Grand Prix, where qualifying well is vital, as their A521 chassis has been quick over a single lap. But he believes there is more to come from himself than the car.

“I think the car will be fast in Monaco,” he said. “I feel good about the performance there.

“One of the things that I need to get better for sure is to extract the maximum of the car in one lap. And when you push the car, having the confidence in the car, of what it’s doing. I’m not 100% with that at the moment.

“In Monaco it is crucial that I get the maximum out of the car in that Saturday. So I remain a little bit more cautious because of my own homework [rather] than the car. So let’s say I feel confident in the car, now I need to work [on] myself to be comfortable on that side as well. But it’s up to me so let’s try.”