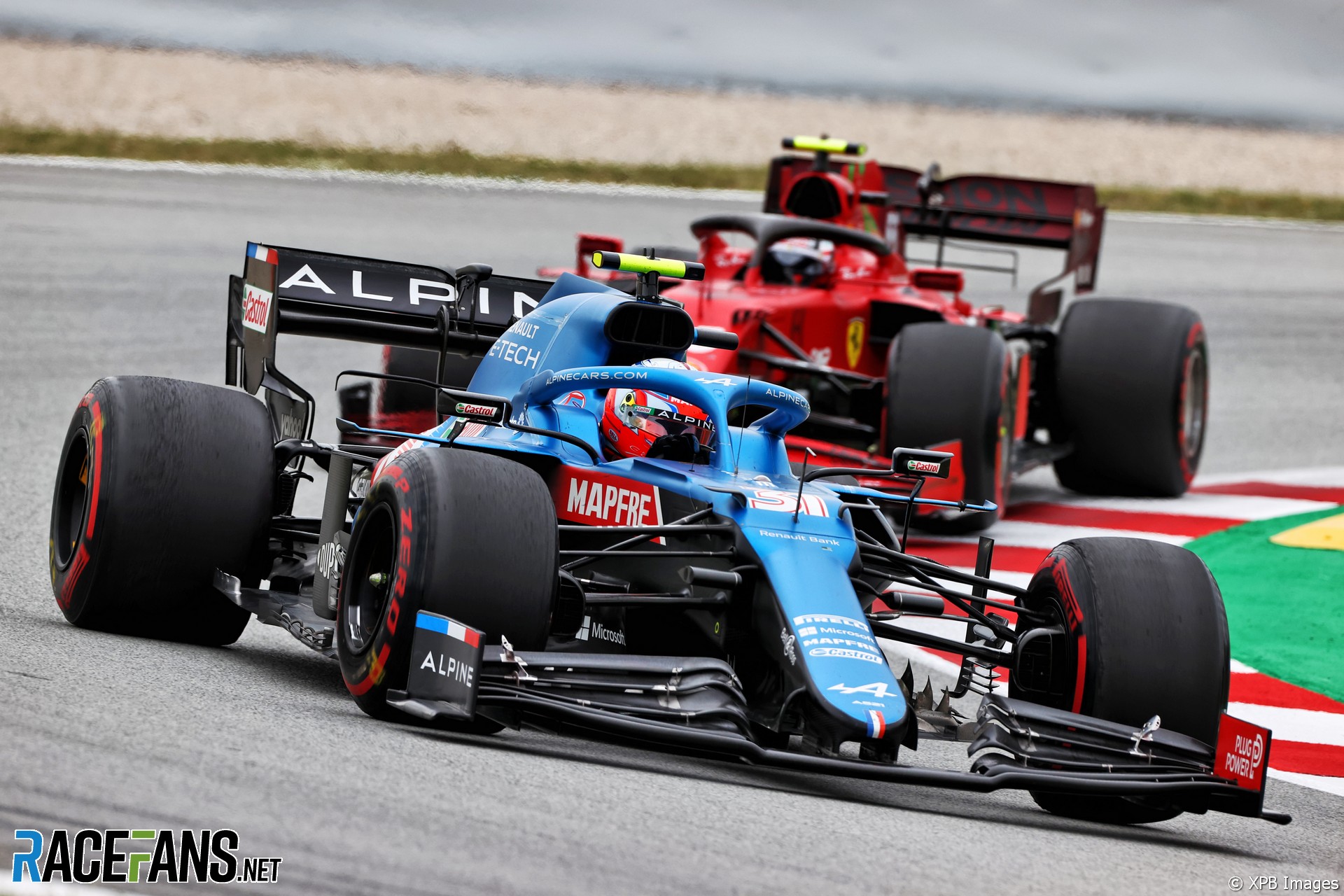 In the round-up: Esteban Ocon believes Alpine’s strong one-lap pace could help them beat Ferrari and McLaren in this weekend’s Monaco Grand Prix.

Ocon, who has qualified on the third row of the grid for the last two races, was encouraged by Alpine’s performance around the twisty final sector at Circuit de Catalunya, with an eye on this weekend’s race.

“Until we put the car there and we do the qualifying we’ll not know exactly but I think looking at our performance in qualifying that we are in good shape in qualifying,” he said. “I hope we are going to be able to perform as good.”

Alpine haven’t been as competitive as their rivals in race trim, Ocon admitted, but that may hurt them less in Monaco.

“I think we can give a fight to Ferrari and the other cars around in quali, I’m pretty confident. [It’s] the place where we have to focus in Monaco.

Multiple Formula 1 race winner Carlos Reutemann, 79, has left intensive care and showing improvement after being hospitalised with internal bleeding due to a haemorrhage in his digestive tract. The 1981 world championship runner-up and winner of 12 grands prix remains in hospital in Rosario, Santa Fe, where he is a senator.

Following the cancellation of its 2020 season due to the Covid-19 pandemic, W Series returned to action yesterday with the first pre-season test for its second championship. Travel restrictions kept South Africa’s Tasmin Pepper from being able to participate, but the remainder of the confirmed driver roster were present, plus a trio of newcomers: Abbi Pulling, Gosia Rdest and Caitlin Wood.

The venue for its season-opening race has changed in line with the revisions to the 2021 F1 calendar which were announced last week. The 2021 W Series will begin at the Red Bull Ring next month, instead of Paul Ricard, supporting F1’s Styrian Grand Prix. Round two will take place at the same venue, and it will accompany six further grands prix.

"We're working with [Formula 1] and the Victorian Government to make sure the specifics of what we need to do to make sure Victorians and Australians are safe." pic.twitter.com/awe0S5nMy0

Retro liveries on #F1 cars (e.g. this weekend’s “Gulf McLarens”) are a snare and a delusion. Look what happened to Mercedes when they tried it at Hockenheim in 2019. It’s a waste of time and energy that should be entirely devoted to performance in the here and now.

"Following the reshuffle of the Formula 1 calendar, which was announced last Friday, Round 2 of the 2021 Formula 3 season at Le Castellet, France, will now take place a week earlier, moving from June 25-27 to June 18-20."

"VeeKay not only became the third first-time winner of 2021, he became the first driver to have won races in all four levels of IndyCar's ladder system."

"Mr Wolff, who has led the team to an unprecedented seven consecutive World Championship doubles, attended the campus to collect his degree from Professor Sir Peter Gregson, Chief Executive and Vice-Chancellor of Cranfield University, as part of a Covid-secure event."

Codemasters’ latest addition to F1 2021 is a peculiar one, writes Ben:

A fun touch which I’m sure people will enjoy, but I like a certain degree of realism to my gaming experience and dropping Senna on to the present day grid just feels weird to me. Granted, my imagination is already stretched by including myself on the grid… but that’s as far as I go!

I’d prefer to see this sort of thing on a ‘Classic Mode’ or ‘Legends Mode’ or ‘Champions Mode’, where you could have a number of classic drivers and classic cars and potentially classic tracks and jumble it all up and have some fun races and scenarios. Ideally, I’d love to have classic scenario’s available on each game, for example, the ability to change history and play as Hill trying to get past Schumacher to win the title in 1994, or as Senna defending from Mansell in Monaco in 1992… obviously that’s a lot more image rendering and coding to get done, but would be a fun touch.
Ben Needham (@Ben-n)