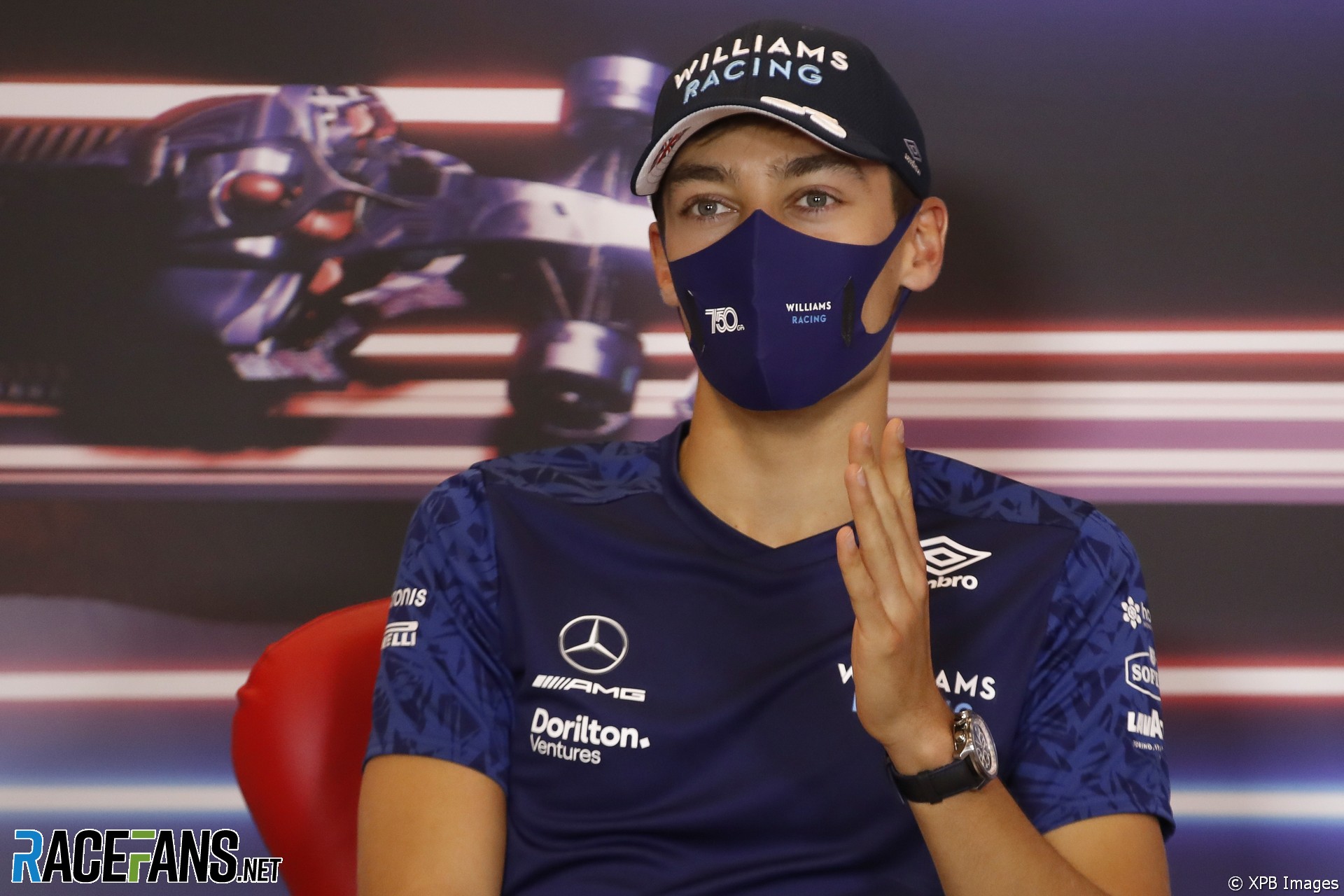 George Russell suspects Williams have an opportunity to make it into Q3 at this weekend’s Monaco Grand Prix.

He has made it out of Q1 at every round this year, and came within a tenth of a second of getting into Q3 during the Portuguese Grand Prix weekend. He says the team enjoy an advantage in qualifying trim over rivals Alfa Romeo and Haas.

“But hopefully we can find a little bit of magic as we have done in some races previously on that Saturday afternoon, just to eke a couple more tenths out of it and on a track like this, it can be the difference between P15 and P9.”

The team is seeking to end its longest-ever point-less streak of 31 races this weekend. Russell believes Monaco could present a chance for them to do so. “Our Saturday performances have been very strong and obviously here more so than ever qualifying is the most important.

“How our car will perform around with these streets, I couldn’t possibly tell you. We did struggle more so in Bahrain than we have done in two of the other three circuits, which are slightly slower speed corners, more 180 degrees, which is what you have a lot of here around Monaco.”

Haas and Alfa Romeo have also failed to score points so far this season, with Williams lies ninth ahead of Haas in the standings based on their best finishing positions.