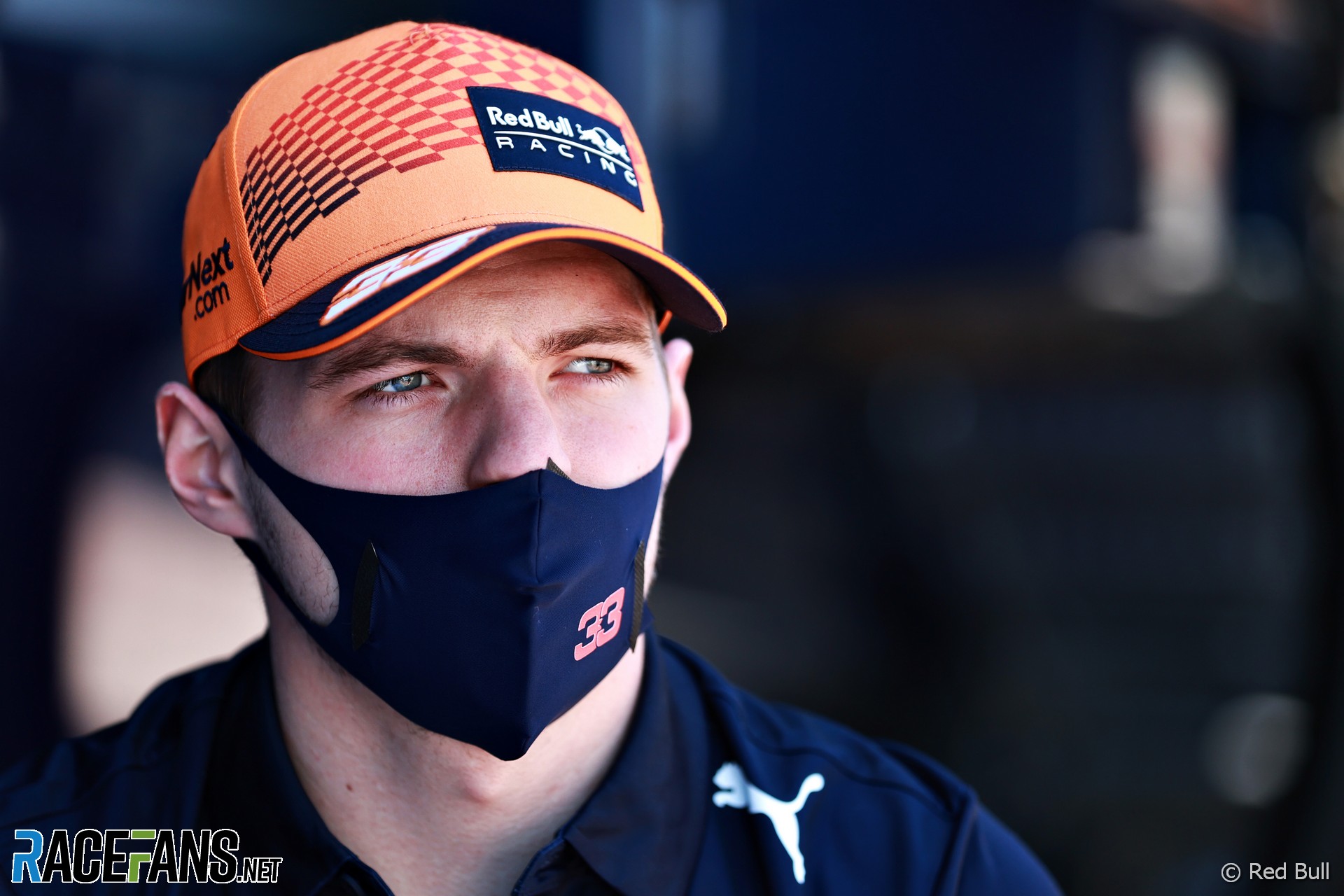 Max Verstappen insisted he has “nothing to prove” in his championship fight with Lewis Hamilton and gave short shrift to questions over whether contact between the pair is inevitable.

The Red Bull driver was asked about McLaren Racing CEO Zak Brown’s recent remark that the two title rivals are likely to collide at some point this year, and hand an opportunity to his team.

Hamilton responded to similar questions by claiming Verstappen has more to prove in their championship fight, a view the Red Bull driver rejected.

“No, I have nothing to prove,” he said. “And avoiding contact, I think it goes both ways.

“So we have done well, that’s true. We race hard, we avoided the contact, both sides. So let’s hope we can keep doing that and keep being on track and race hard against each other.”

Asked a second time later in the conference about Brown’s comments, Verstappen answered: “I honestly don’t know what to say any more about these things. We never try to crash, do we?

“So it’s just to make a few interesting headlines like that. I guess it will have a bit more viewers when you say it’s a matter of time, then instead of saying we had some great races so far, people will, of course, clickbait that more.”

Sebastian Vettel, who fought against Hamilton for the championship in 2017 and 2018, said it’s easy to underestimate how possible it is for collisions to occur when drivers are fighting over positions.

“I think one thing that you don’t see – or people outside, I think journalists don’t seem to understand – is how close it is sometimes and how easily things can go wrong without having any intention.

“Like Max says, I think nobody goes into an overtake, nobody wants to take the other car out or himself out because the risk of getting it wrong is just so high. But then you want to get past sometimes or defend your position and then you’re playing with very little margins and it’s taking so little to get it wrong.”

The fact Hamilton and Verstappen have avoided contact so far “shows the class that they both have”, said Verstappen.

“So I don’t know why, I don’t see why you are so excited to wait for a crash. I think you should be so excited that they managed to race that close and intense without crashing. I think that’s the skill, not crashing.

“I know for you it’s more exciting when there’s bits flying. But for us actually I think we get a blast by being right on that edge and mastering that.”