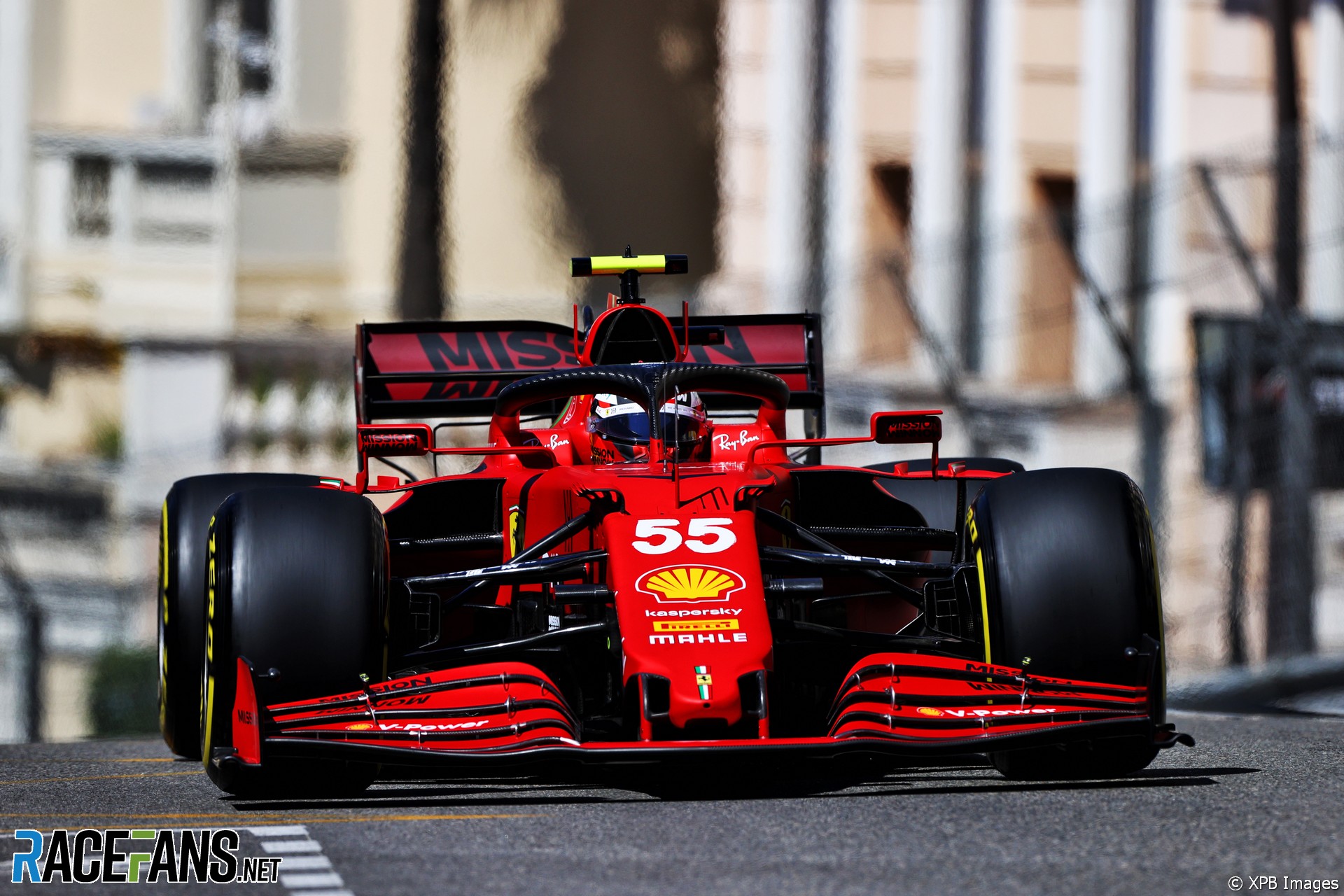 “The Ferraris are really strong,” said Hamilton, who was bumped back to third place in the afternoon session by Charles Leclerc and Carlos Sainz Jnr. “It’s surprising to see them improve so much, but that’s great, it means more competition.”

Hamilton said Mercedes’ rivals are doing a better job at extracting performance from the tyres, as Pirelli has brought the softest rubber in their range for the first time this year.

“Ferrari particularly have, in the past for whatever reason, been very quick at getting temperature in,” said Hamilton. “Same as Red Bull generally also are like that too.”

Several sections of the Monaco circuit have been resurfaced this year, Hamilton added, which has led to lower lap times.

“It’s got really high grip this year for some reason,” he said. “They’ve re-done the surface for most of the track so there’s a lot of grip. I think already in practice one we were quicker than we were [in 2019], which is awesome.”

Asked whether he believes Ferrari will be serious contenders this weekend, Hamilton said: “I’m seeing what you’re seeing – I’m generally just focussed on my job – but it looks like it.

Valtteri Bottas also expects Mercedes to face competition from more than one team this weekend. “Ferrari looks really quick and Red Bull as well,” he said, “so it’s not only going to be about two teams.”