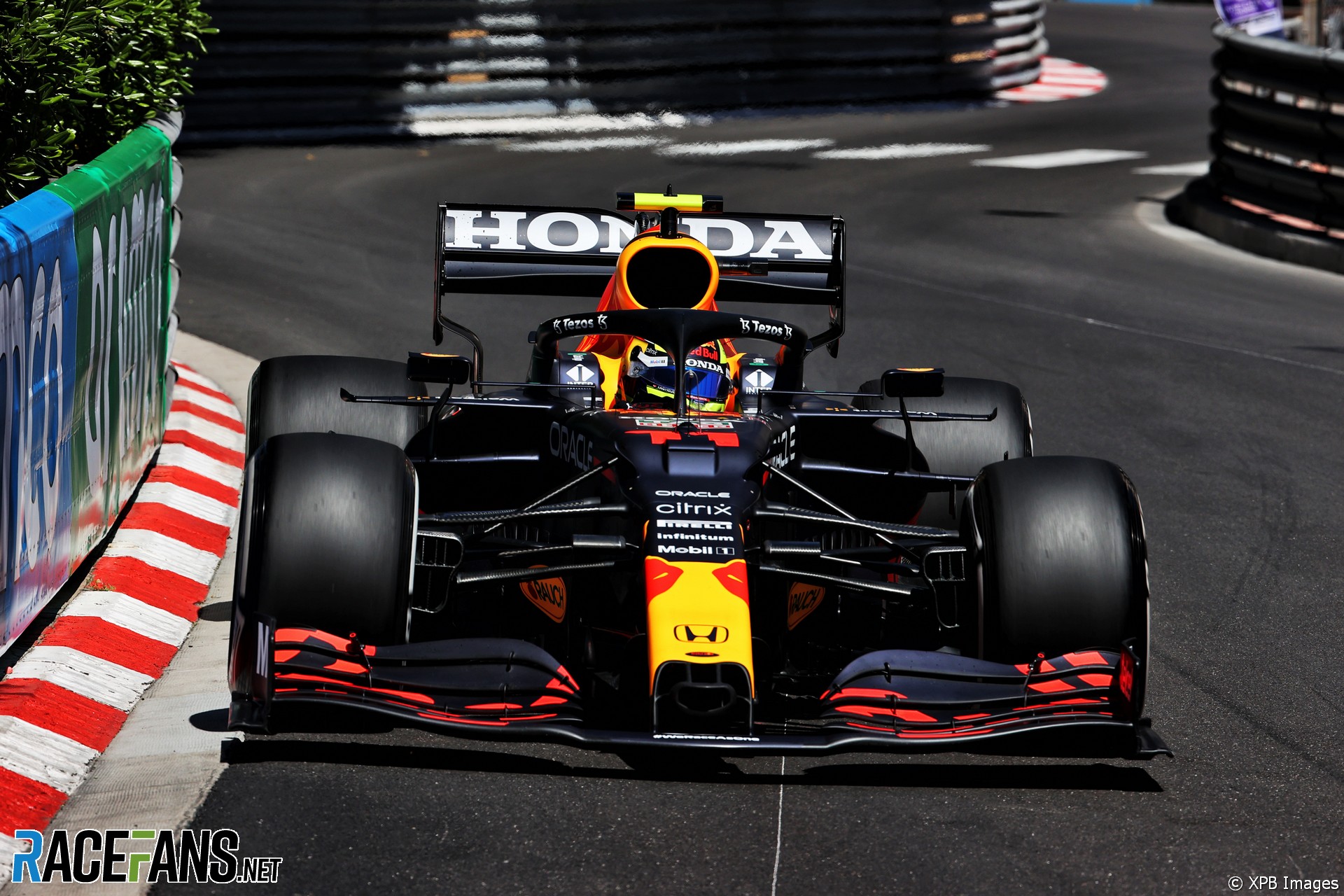 Sergio Perez put Red Bull on top in Monaco, setting a best time of 1’12.487 as the chequered flag fell on the first practice session.

Carlos Sainz Jnr put Ferrari second on the time sheets, but team mate Charles Leclerc covered just four laps before being forced into the pits with a gearbox problem.

Sainz’s late effort denied Red Bull a one-two. Max Verstappen took third ahead of Pierre Gasly, with Lewis Hamilton the quickest of the Mercedes drivers in fifth. Mercedes did not do soft tyre performance runs during the session, with their final times set on mediums – as was Verstappen’s.

The hour-long first practice session was busy from the start, with a majority of cars choosing to start on the hard compound of tyres. Early fastest laps were set on medium tyres, with Sainz leading much of the first half hour.

As always traffic was an obstacle for most drivers. Valtteri Bottas got on his radio to complain about both Lando Norris, during the early stages of the session, and Sainz, towards the end of the hour.

Gasly had a strong session, leading the times at one point. He finished top of the midfield and ahead of both Mercedes cars. Behind the W12s came Norris, who complained of understeer on his car.

However McLaren, sporting their new livery for the first time, appeared to be experimenting with parts during the session. At one point Norris was told to stay out despite him complaining that he needed more front wing in high-speed corners, the pit wall telling him that the car was behaving correctly for what they were testing.

While there were no major incidents, a few drivers had brushes with the wall. Fernando Alonso grazed his front wing early on in the session and had to drag it back to the pits for repairs. After that, both Sainz and Lance Stroll had minor encounters between the walls and the rear of their cars, however without too much apparent damage.

Sainz impressively split the Red Bull times with a late run on mediums. Verstappen had reported an issue with downshifting during the last five minutes before the chequered flag so was unable to continue his final run.

At the back of the field, George Russell was a surprisingly low 19th, half a second behind Nicholas Latifi at the chequered flag. Continuing the reversal of the usual pattern among the lower teams, Nikita Mazepin was faster than Mick Schumacher, despite a brush with the wall causing him to suspect a problem at the left-rear corner of his Haas.