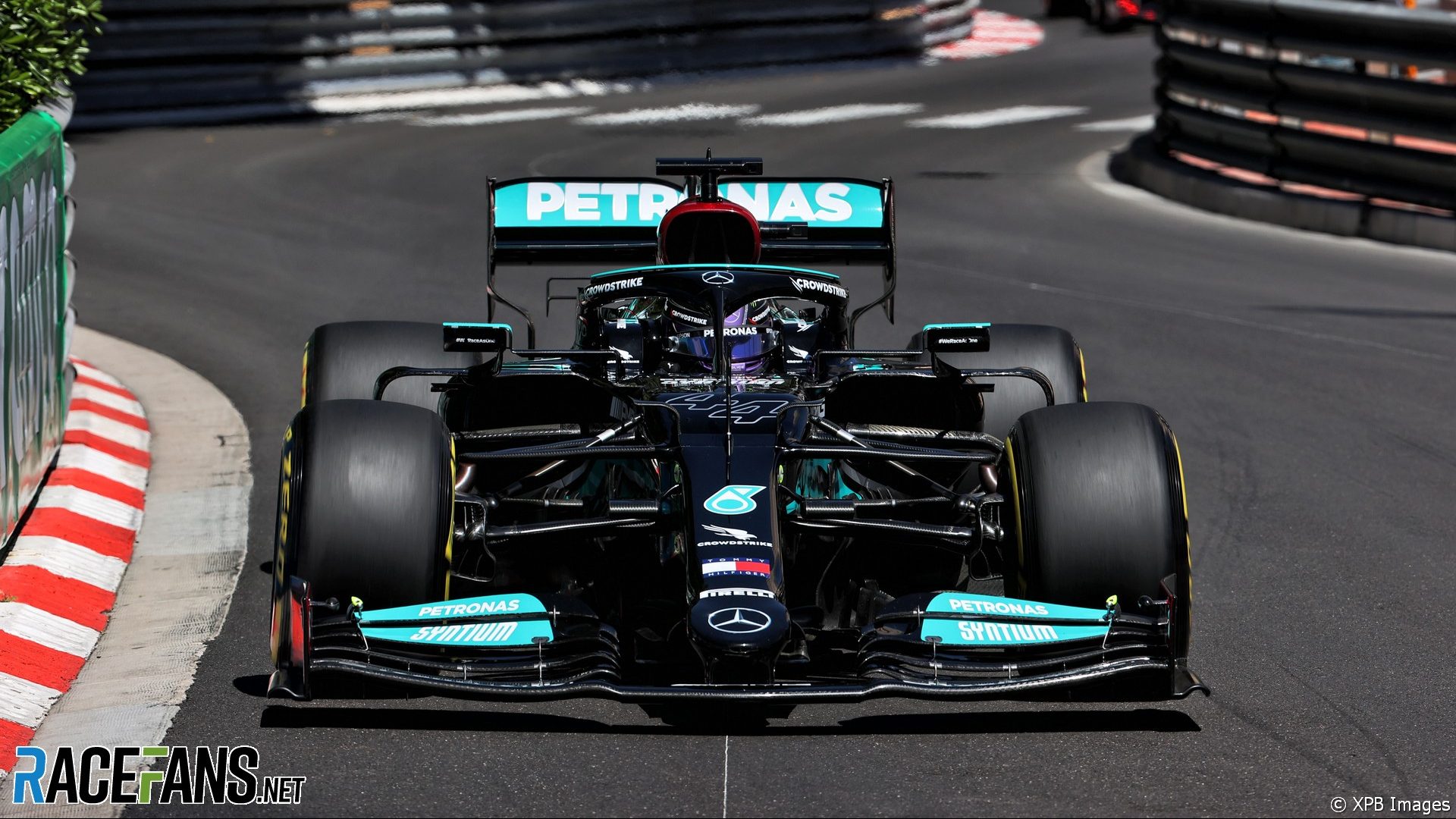 The off-track row between championship rivals Mercedes and Red Bull has escalated at the Monaco Grand Prix, with the two teams questioning each others’ compliance with the rules.

The FIA has already intervened after Mercedes drew attention to the flexing rear wings being used by Red Bull and other teams. Tougher tests on wing stiffness will be imposed from the middle of next month.

But Lewis Hamilton is unhappy the delay will mean Red Bull can continue using the same rear wings in the Azerbaijan Grand Prix at the beginning of June. He believes the drag reduction achieved by the wings will be especially beneficial on the long straights of Baku City Circuit.

“It’s going to be worth at least six tenths there probably,” he told Sky. “So I think we naturally just need to continue to apply pressure to the FIA to just do a better job at controlling these.”

“What you’ve got to acknowledge is that these engineers, they’re geniuses,” he added. “If you give them wiggle room, they will wiggle.”

Hamilton also claimed Red Bull had removed the tyre blankets from their cars earlier than they were allowed to in qualifying for the Spanish Grand Prix.

“If you look at the last race, for example, we were supposed to all keep our blankets on in qualifying. Red Bull were allowed to take theirs off. And no one else is allowed to. So how do you make sure it’s consistent for everyone?”

Verstappen’s mechanics removed the tyre warmers from his car around half a minute before they lowered it to the ground before his final run in Q3 at Circuit de Catalunya.

Red Bull CEO Christian Horner hit back, dismissing the six-tenths figure without specifying which track he was referring to, while conceding the wing would be more beneficial at some venues than others.

“It’s difficult to quantify, but it’s not as much as people think,” said Horner in today’s FIA press conference. “I’ve heard comments of six tenths being bandied around, which is ludicrous. I mean, if you’re talking about a tenth, I’d be surprised.

“All these things have to work in conjunction with every other component on the car. So it’s going to vary from circuit to circuit.”

Horner also claimed Mercedes are gaining an advantage from flexible wings at the front of their W12. “Just look at some footage from Imola, at the front of our competitor’s car and it’ll show you very clearly flexible aerodynamics,” he said. “Which, as we know, the front wing is a far more sensitive part of the car than the rear of the car.”