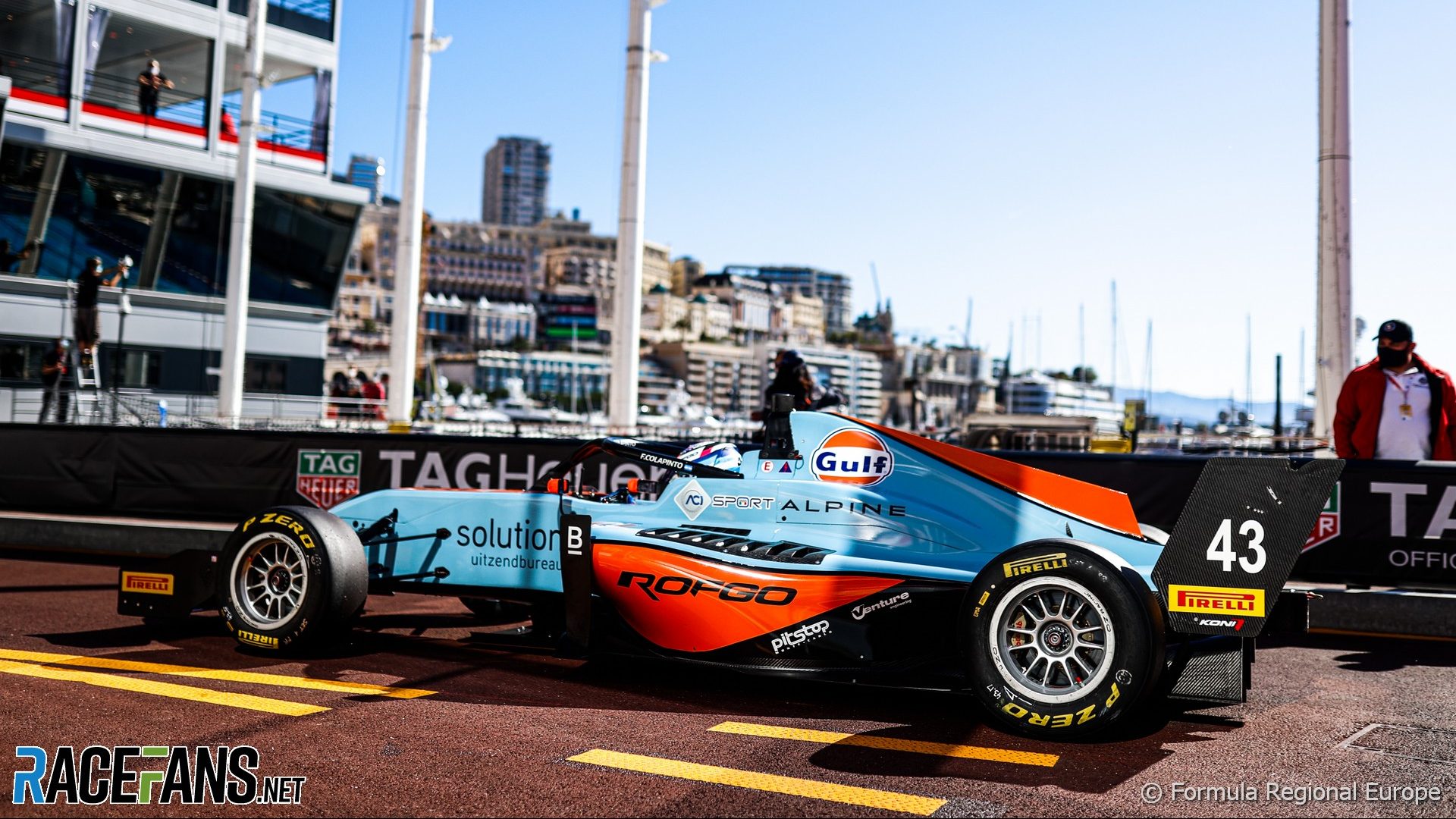 The Formula Regional Europe field held their qualifying sessions this morning. Like F2, the field was split into two different groups.

MP Motorsport’s Colapinto set the fourth-quickest time in session B. This was a vital result as, due to the 33-car entry list, only the top 12 drivers in each session were guaranteed to start both of this weekend’s races.

However Colapinto’s weekend took an unfortunate turn when his car failed its technical inspection after qualifying. According to his team the stewards “checked the steering rack in parc ferme and found that the two small spacers which were both installed on the car, were the wrong way round”. MP insisted this gave “no performance advantage to Colapinto”.

Nonetheless his lap times were deleted, which is standard procedure when a car fails to conform with the technical regulations. The same happened to Lando Norris at the same event five years ago in the Formula Renault Eurocup – fore-runner to the current championship.

Instead of lining up in pole position, Norris started the support race from the back of the grid. Colapinto was less fortunate, however: Due to the revised structure of the race weekend, while he was permitted to start one race from the rear of the field, he was forbidden from taking part in the other at all.

Unhappy with what it called a “harsh penalty”, and unwilling to risk his car in the pursuit of points from 28th on the grid in a single race, MP have withdrawn the 17-year-old from the weekend.

“What happened today is a disgrace,” said MP team manager Sander Dorsman. “We feel devastated for Franco because he has done a good job so far this weekend. He has been working well with the team and progressing forward with every session.

“To be excluded from not only one race, but also sent to the back of the grid for the other race, really is a tough pill to swallow. The scrutineers and stewards of the FRECA championship should feel awful from penalising a driver in such a way on one of the most important weekends of Franco´s career.

“The decision to withdraw has not been taken lightly but it is clear with no way of appealing the decision of the stewards, that we will not take the risk of starting one race from last with no options to overtake in Monaco and the opportunity for taking any points.”

Colapinto, who along with team mate Oliver Goethe is running the colours of Gulf Oil on his car in connection with ROFGO Racing, said he was “devastated” not to be racing this weekend.

“The car felt great over the entire weekend and we had a strong qualifying which gave us high hopes for the races, but unfortunately, I won’t get the chance to prove myself on this circuit and I feel really sorry for my backers from MP and ROFGO. This was a special weekend for ROFGO because of the livery of my car being in Gulf Oil International’s iconic colours.”