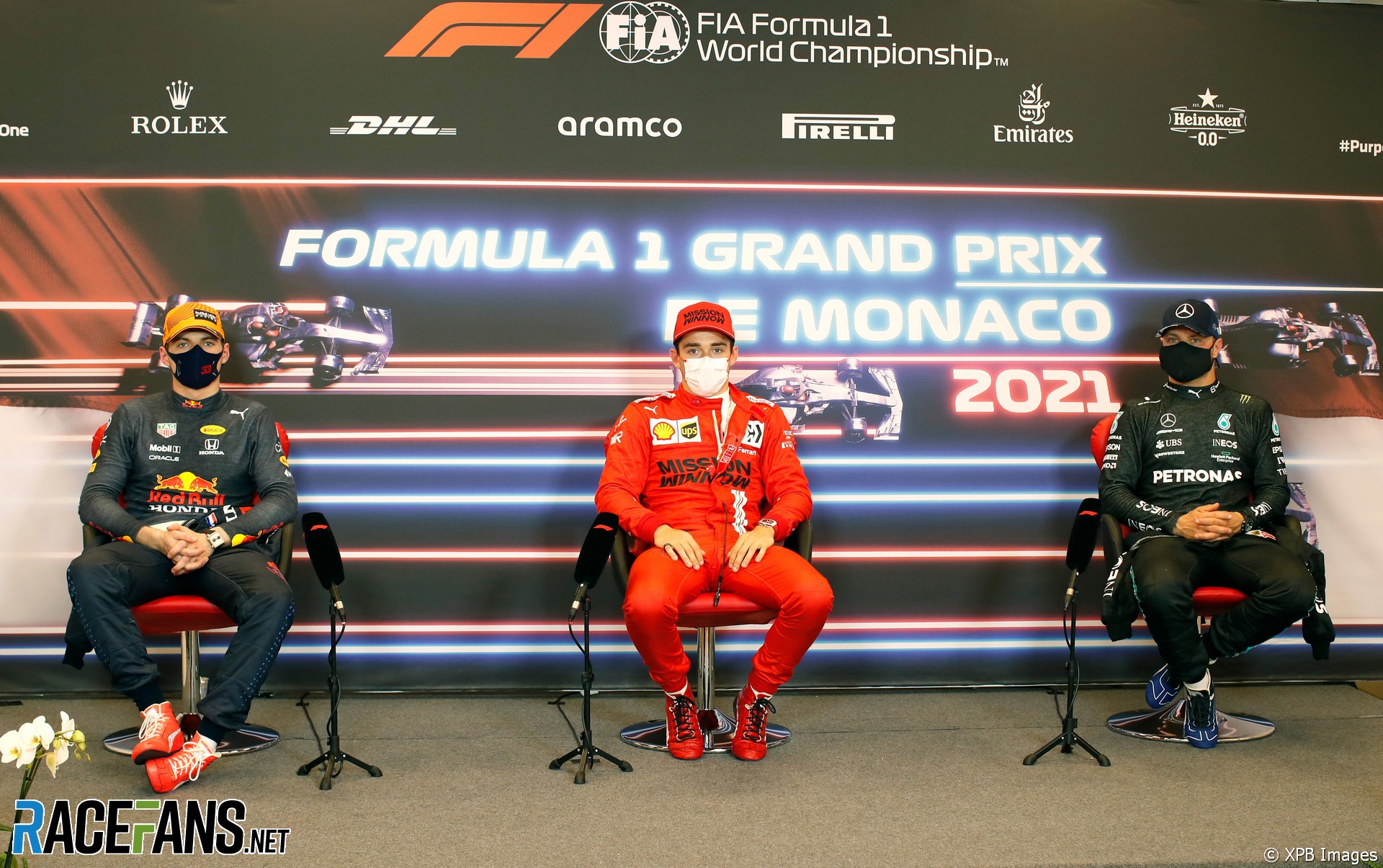 Charles Leclerc doesn’t deserve to lose his pole position over his crash at the end of qualifying, his two closest rivals in the session believe.

The Ferrari driver was already quickest when he hit the barrier in the dying sessions of today’s qualifying session. As the red flags were shown, his rivals were unable to complete their laps, and there was not enough time to restart the session.

Leclerc’s crash therefore effectively secured him pole position. Others drivers have previously been accused of disrupting qualifying sessions in Monaco intentionally for this reason.

In order to discourage drivers from disrupting qualifying sessions to their advantage, IndyCar has a rule which stipulates that any driver who causes a red flag has their two quickest lap times deleted.

However Max Verstappen, who Leclerc beat to pole position, says drivers should not be punished for what could be innocent mistakes. “I think there is a difference when a guy makes a mistake and hits the wall or doing it intentionally,” he said.

“I think if Charles would have just parked with a broken front wing, it’s a different story. But of course, he just clipped the wall initially ended up where I have ended up twice. So it’s just unfortunate.

“Of course I’m disappointed not to have a shot at pole, but that’s life. Sometimes you can’t do it, it’s fine.

“I don’t think his lap should be deleted in the future if possibly they want to make rule changes. I don’t think that would be fair because we are all trying so hard and it’s not so easy around, especially on the limit. And it’s easy to make a mistake.”

Like Verstappen, Valtteri Bottas was convinced he could have improved his lap time if he’d been able to complete his final lap. But he also doesn’t want to see the rules changed to penalise drivers who crash in qualifying.

“I think the regulation is fine,” he said. “It’s what it is. Sometimes in the sport things don’t play into your hands and sometimes you get lucky, sometimes unlucky and that’s what happens.”

Leclerc made it clear he had not crashed deliberately. “Surely, if I was doing it on purpose, I would have made sure to hit the wall a bit less hard,” he said.

“But that wasn’t on purpose, obviously. I was pushing the limit and for now, I’m just worried about the rear of the car. I hope it’s okay, it doesn’t look okay. But let’s wait and see.

“As Max said on a city track like this where we are pushing the limit, it happens to do mistake. It’s a different story when it’s done on purpose. But I think it’s pretty obvious for today.”