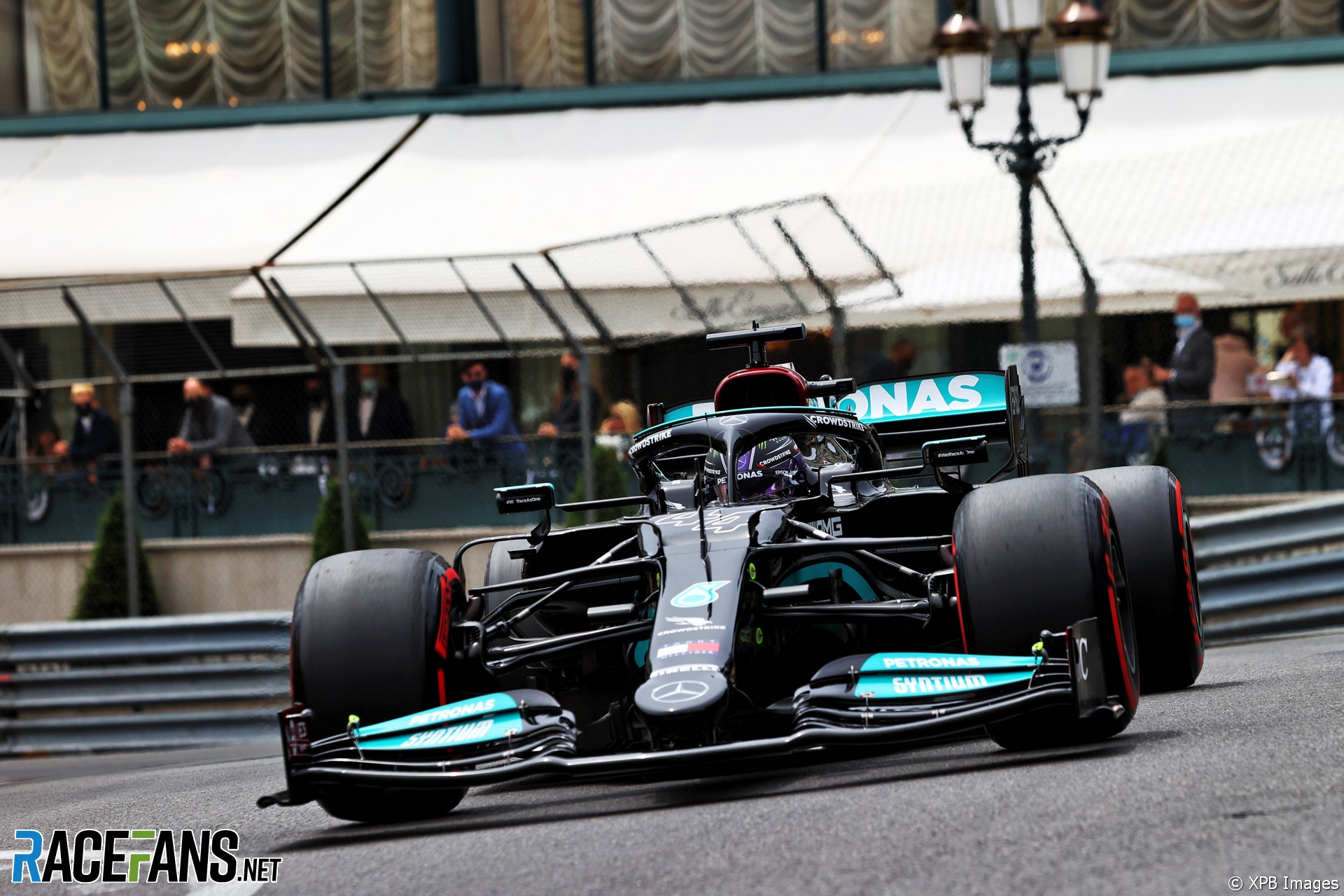 Lewis Hamilton says winning in Monaco is out of the question this weekend after qualifying in seventh place.

His championship rival Max Verstappen will start second on the grid, alongside pole-winner Charles Leclerc.

Hamilton abandoned his final run in qualifying before Leclerc’s crash brought out the red flags. The Mercedes driver hit a barrier approaching Portier on his final run in Q3. “The car’s damaged,” he told the team as he pitted.

The world champion doubts he will make much progress from the fourth row of the grid. “It’s near, almost impossible to overtake,” he said. “Up front where we are [that’s] pretty much the case when everyone’s, as you know, on the same speed.”

“Saturday is the day,” he added. “So obviously that really does put, for sure, the win out of reach.”

Finishing no lower than his starting position is “the minimum” Hamilton is expecting from the race. “Hopefully seventh and then we’re going to try and somehow see how we can move forwards,” he said.

Hamilton had not looked in contention for pole during final practice, ending the session seventh behind Lando Norris. He was unable to find pace to improve in qualifying, ending Q3 behind Pierre Gasly’s AlphaTauri.

“It didn’t feel too bad on Thursday,” he said. “And we made some changes and it was pretty terrible today. So, of course, we go back to the drawing board.

“I think from my point, I just had such a lack of grip out there, which then leads you to try to kind of overdrive and start pushing to get more from it. But [it was] to no end and it just doesn’t improve. So [it was] a difficult one.”

Hamilton’s team mate Valtteri Bottas was able to qualify third, despite his final run being disrupted by the red flag brought out by Charles Leclerc’s crash.

“Obviously, Valtteri was able to get something out of it,” said Hamilton, on the difference. “But I think we’ve definitely had some problems today.”