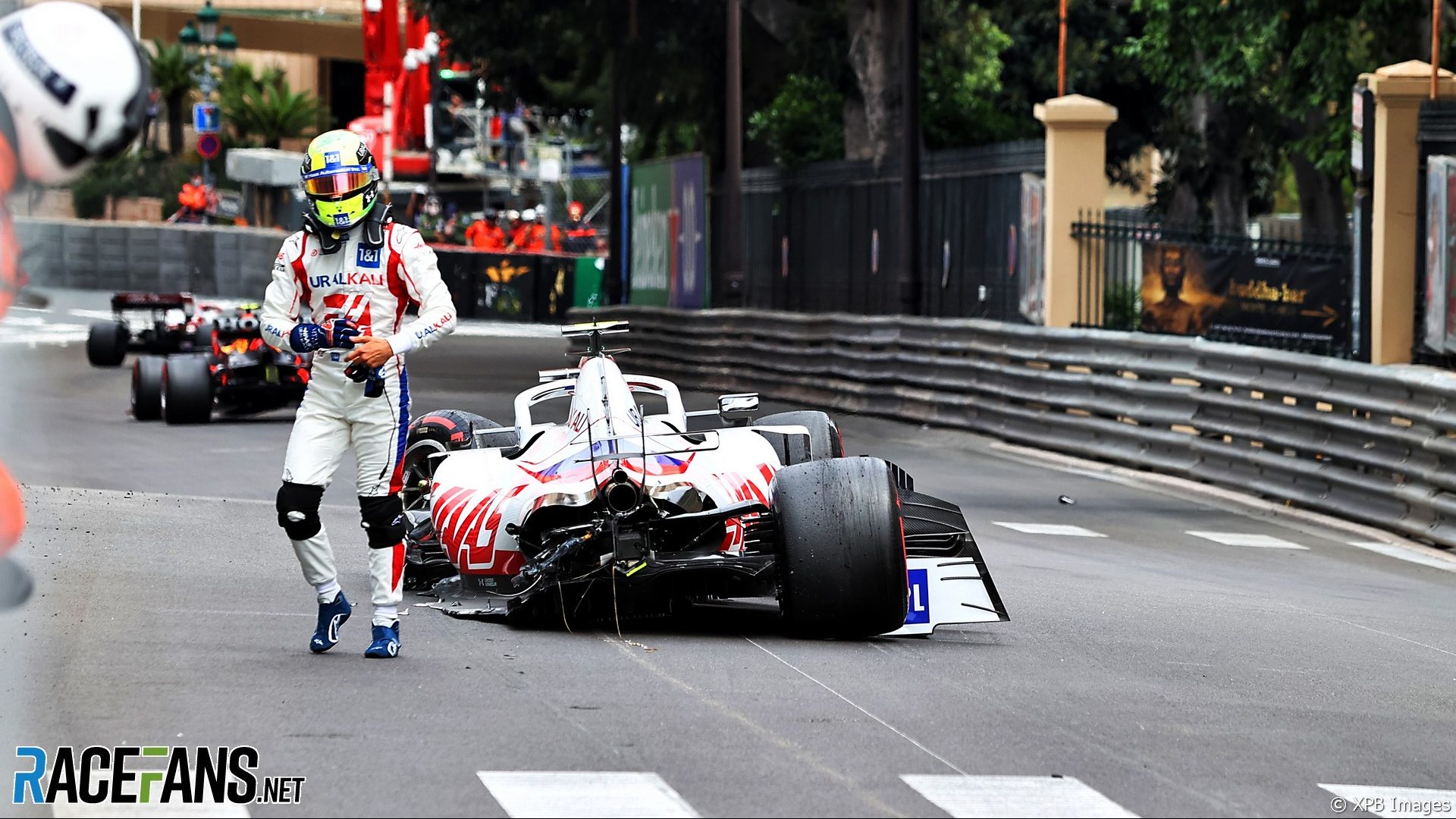 The Ferrari drivers were quick to set the fastest times, with Charles Leclerc initially ahead of Sainz. Verstappen was able to split their times, once Sainz gained the upper hand but did not manage to set a faster time than his former Toro Rosso team mate until the final minutes of the session.

Traffic was a significant problem during the session, as always in Monaco. Lando Norris came very close to colliding with Sainz at one point. Sainz was having difficulty hearing his team and did not realise Norris was coming up behind him. He apologised to his former team mate on his radio.

Having used more soft tyres on Thursday, Sergio Perez set a time on medium tyres during the first half of the session, which seemed to indicate just how fast Red Bull could be later. Encouragingly for the team, it put him ahead of a time set by Valtteri Bottas on soft tyres. Perez eventually set his quickest lap of the session on softs.

Mercedes seemed to struggle all session, unable to match the times set by Red Bull or Ferrari. Bottas was able to set fourth fastest time in the final moments of the session but Lewis Hamilton remained in seventh, behind Norris.

The world champion remarked on the team’s surprising lack of pace after his first run. “Half a second’s a lot of time,” Hamilton commented when informed of his deficit. “It looks like tyre surfaces are much cooler than we had on Thursday,” race engineer Pete Bonnington replied.

Nicholas Latifi had the first significant crash of the session, bringing out a red flag with 15 minutes remaining. He clipped the barrier going into swimming pool, then flew over a kerb to crash heavily on the exit.

Alpine did not look to have regained any of the pace they were lacking on Thursday, with Esteban Ocon slowest of all, behind both Haas and Williams cars and Fernando Alonso only able to set the fifteenth-fastest time.

The session was stopped with two minutes left to run after Mick Schumacher suffered a major crash at Casino. The Haas driver was unhurt, but the left-hand side of his car was extensive damaged.

Haas confirmed following the session the extend of the damage was too severe for it to be repaired in time for the start of qualifying. It will therefore be up to the stewards to decide whether he takes part in the race. Williams also have a significant amount of work to complete for Latifi to participate in this afternoon’s session.