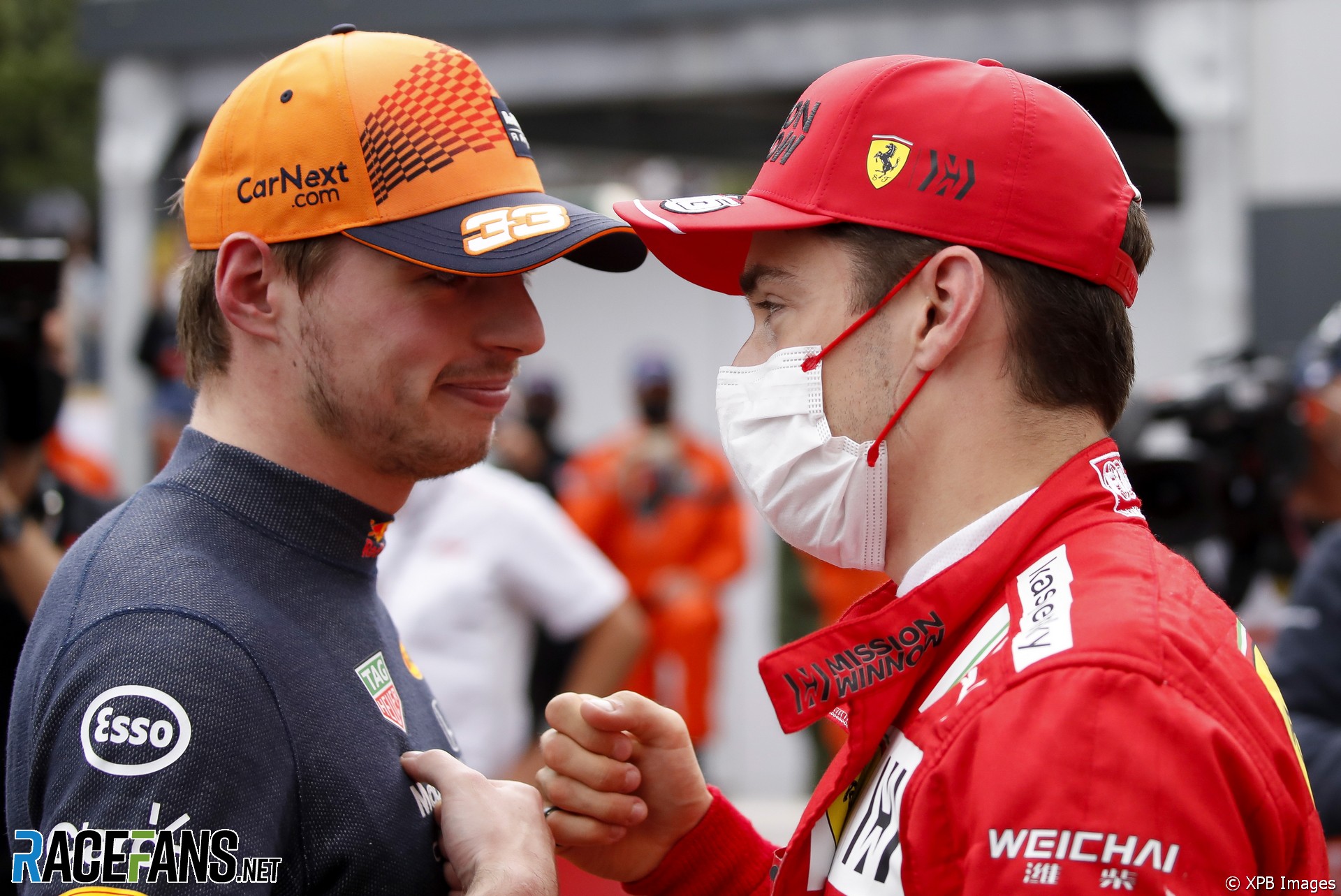 While Max Verstappen may be frustrated at missing out on the top spot, he and Red Bull still have an opportunity to make the most of Lewis Hamilton qualifying seventh.

In the title fight between Verstappen and Hamilton, Monaco looked likely to give Red Bull a chance to claw back points against Mercedes. Sergio Perez and Verstappen began the weekend strongly, leading a one-two in cool conditions during first practice.

The Ferrari tipped their hand, Leclerc and Carlos Sainz Jnr heading the next session. On Saturday morning, Mercedes were clearly adrift in final practice.

With Verstappen ultimately qualifying second and Hamilton seventh, Monte Carlo could present an opportunity for Red Bull to take a significant chunk out of Hamilton’s current lead. But starting behind Leclerc means his afternoon isn’t going to be as straightforward as he may have expected.

Until this weekend, Ferrari have not looked in contention for pole position since midway through the 2019 season. Despite substantial improvements this year, relative to last, most teams and drivers seemed taken aback by their pace in Monte Carlo.

As things stand, Leclerc starts on pole, with Verstappen alongside him. Ferrari are yet to confirm they won’t be changing his gearbox, and therefore incurring a penalty which would cost him pole position, but on Saturday evening the dropped a heavy hint they won’t need to.

Don’t take that for granted, however – it could be gamesmanship. If they do err on the side of caution, he will fall to sixth on the grid, putting Verstappen on pole position and leaving Hamilton still seventh.

Assuming that doesn’t happen, Valtteri Bottas will line up with Sainz on the second row, Lando Norris and Pierre Gasly behind them. It’s not until the fourth row that you find Hamilton, with Sebastian Vettel.

Not only does this put Hamilton right down the order, he’ll find himself in the busy midfield – with all attendant risks of cars fighting closely on a street circuit. Two places behind him is Sergio Perez, who Red Bull will surely deploy if possible to cover off any tactical moves Mercedes might attempt.

Hamilton expects his car will be more competitive on Sunday than it was in qualifying. “You’ve obviously seen in other races we’re very strong in the race,” he acknowledged. But will he have the chance to use that speed?

With on-track overtaking at Monaco so rare in Formula 1, the timing of pit stops are more likely to influence the order. Tyre degradation is unlikely to be a huge factor around low-speed Monaco. Particularly as the weather is likely to be similar to what we saw in final practice and qualifying.

Teams can therefore consider the possibility of using either the ‘undercut’ or ‘overcut’ to jump ahead of a rival. Running long increases your chances of encountering traffic, but a well-timed Safety Car (real or virtual) is a gift for a driver who chooses to run long.

This is invariably a one-stop race, which limited how many places drivers are likely to gain or lose. Sainz, distraught by what he perceived as a lost chance at pole after the red flag in Q3, lamented that starting fourth was useless because “you can undercut one car, but you cannot undercut three.”

Red Bull’s sub-two-second pit stop record could make a big difference around a track where two or three tenths of a second of speed a lap can’t always be found. But the worst thing a team could do in the race would be to make a mistake during a pit stop. Red Bull have recent experience of this, too.

Daniel Ricciardo’s loss of the win in 2016 via a bungled pit stop was about the worst example recently around the principality. Mercedes pit stops haven’t been the best this year. A problem with a wheel gun caused an 11-second stop for Bottas in Bahrain and Hamilton had a less dramatic but still slow stop during the Emilia-Romagna Grand Prix.

Both Red Bull and Mercedes have proven excellent at making last-second – or even completely unannounced – pit stop calls, as seen in Barcelona. Ferrari, however, have not been in a position to need to worry about fighting for the lead for some time and the two cars ahead of Hamilton, a McLaren and an AlphaTauri, are from teams that can definitely take an opportunistic advantage but are not used to having to fight Mercedes. They may be a little rusty in this respect.

How daring Red Bull choose to be with their strategy call depends on their ultimate objective for the race: Risk it all to deny Ferrari a win at the most prestigious venue on the track, or ensure their championship rivals are covered? Team principal Christian Horner’s mantra that the championship is “a marathon, not a sprint” suggests the latter. In the heat of the moment, Verstappen may need to be reminded his biggest rival on the track is not the one starting in front of him.

What could change things?

The drop in temperatures between Thursday and Saturday had a significant effect on qualifying. Saturday as a whole was colder and much cloudier than Thursday, with overcast skies keeping Monte Carlo’s tarmac cool, without absorbing heat from sunlight. The track temperature at the end of qualifying was 21C lower than at the start of second practice and, as Hamilton noted, that hurt Mercedes’ chances of turning on the tyres. Cooler temperatures also means lower tyre degradation, potentially widening teams’ strategy options, unless they encounter graining.

Safety Car periods at Monaco have been extraordinarily short. The well-drilled marshals have removed crashed Formula 2 cars from the track before the field had circulated back around, sometimes negating the need for interruptions entirely, or necessitating only a brief Virtual Safety Car period. If a team was able to make a quick enough call, especially if they had the opportunity to pit where a rival had already passed the pit lane entry, it could be a big advantage, but they’ll have to be brave.

That could tempt someone into making an early stop for hard tyres, which Pirelli’s head of F1 Mario Isola believes is a viable option. “The hard compound is probably also an option for the race, as it was in some cases two years ago when we had the Safety Car at lap 11 and so some teams decided to move from soft to hard to finish the race, more than 60 laps on the hard.

“It was quite a long distance, but they did it. So it is possible if we have a Safety Car at the beginning of the race.”

At present rain is not forecast for tomorrow’s race. Currently there is a 20% chance of precipitation over the scheduled slot.

But an unexpected pre-race shower enlivened the Saturday morning Formula 2 sprint race, and Hamilton is wishing for more of the same.

“A lot of the work [here] gets done on the Saturday, so I’ll definitely say [we’re] obviously out of contention for the win.

“But I’m hopeful that it could potentially rain. I don’t know, I don’t think it’s going to rain. But it’d be nice if it did.”

Will Leclerc keep his pole position – and convert it into victory? What can Hamilton make of his weekend from seventh on the grid?

36 comments on “Will Verstappen’s need to beat Hamilton outweigh his desire to beat Leclerc?”