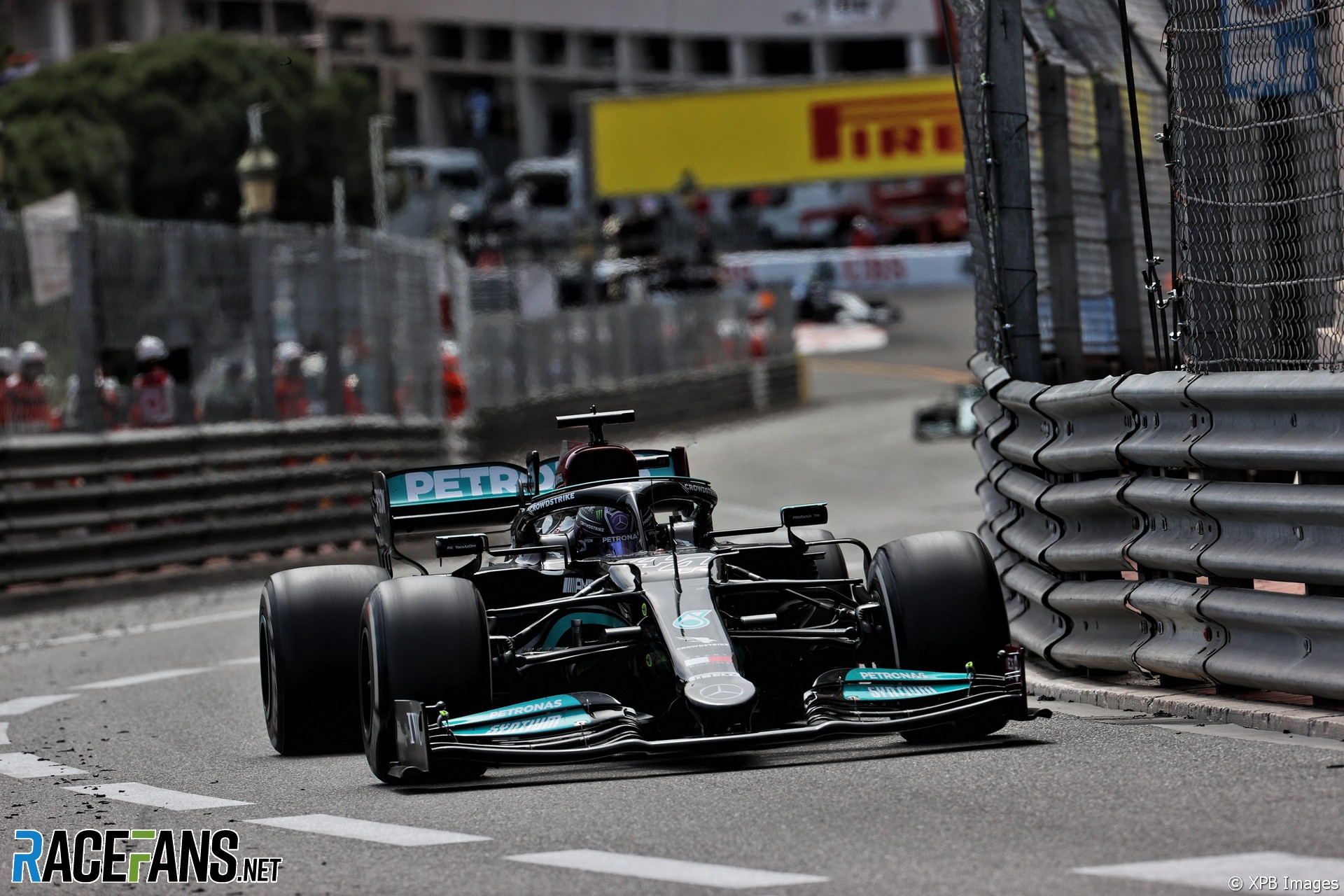 Lewis Hamilton admitted Mercedes had not performed at the level they were capable of after finishing seventh in the Monaco Grand Prix.

Max Verstappen won the race and took the lead in the championship from Hamilton.

The Mercedes driver started the race from seventh place but immediately moved up to sixth as pole-winner Charles Leclerc failed to start. He followed Pierre Gasly closely through the first stint, and Mercedes brought him in early in an attempt to get ahead of the AlphaTauri.

Hamilton rued the timing of his pit stop, which he said cost him “three places”, and said he will discuss it with his team afterwards.

“We’ll do all our talking in the background and we’ll work together and try and come out of this stronger,” said Hamilton in the television pen after the race. “We underperformed as a team all weekend from the get-go so we’ll just put our focus onto the next race. Congratulations to Max and his team, they did a great job.”

After taking the chequered flag Hamilton drove back to the pits without speaking. His race engineer Peter Bonnington told him: “Tough day mate, sorry about that.

“A bit of a shit weekend all ’round. We’ll come back stronger, just need to do an autopsy on this one and learn.”

Following the race Hamilton admitted he is doubtful how competitive Mercedes will be at the next race in Baku.

“It’s another Red Bull track so it’ll be hard to beat them there. But we’ll try our best. I can’t see it being hugely dissimilar except for the long straights where usually Ferrari are a little bit down.”