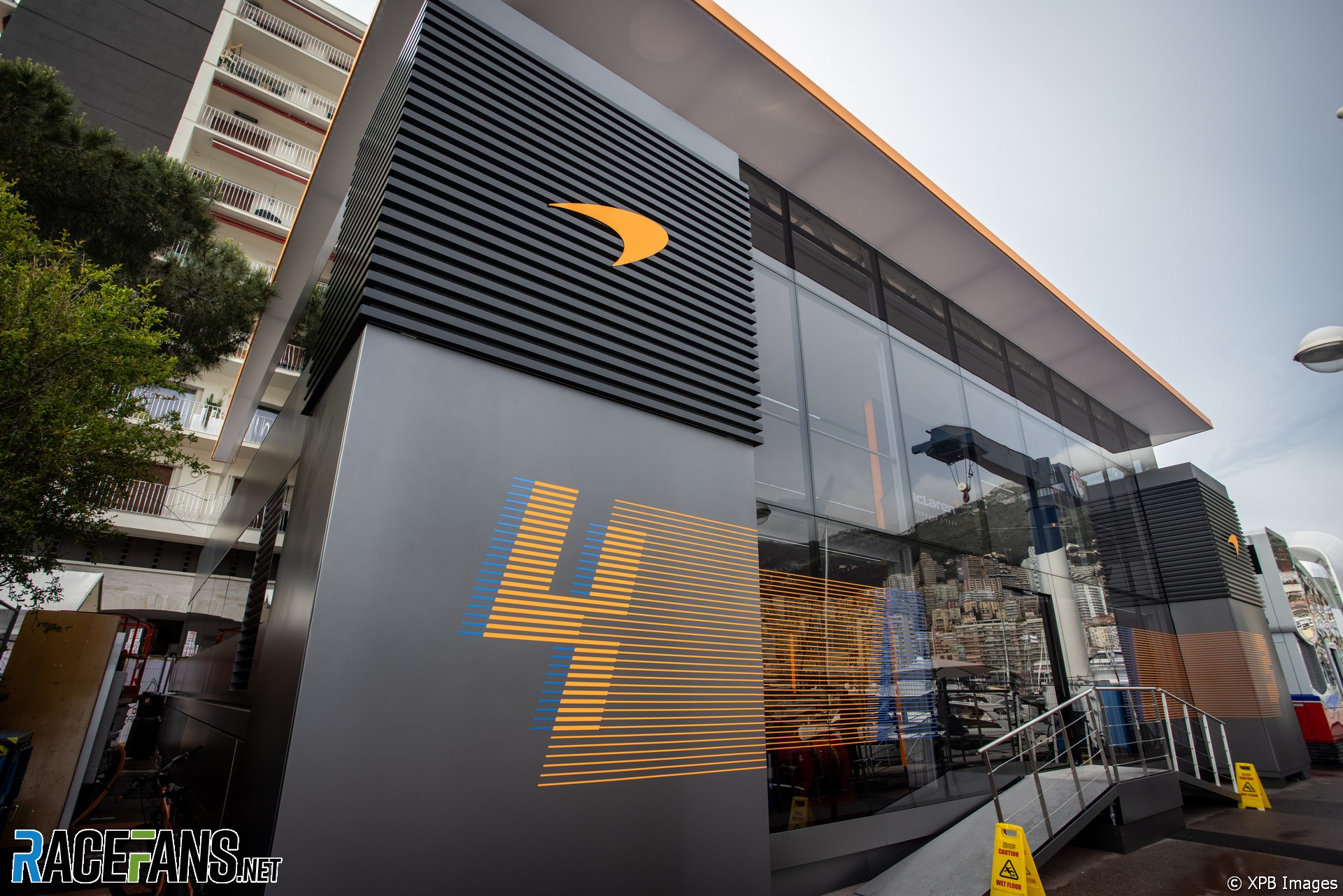 McLaren has introduced its new motorhome, known as Team Hub, at this weekend’s Monaco Grand Prix.

The team says the revised, streamlined and upgraded facility will reduce the emissions produced by its race weekend operations

The structure, which is home to the team’s staff at circuits during race weekends, has replaced the previous Brand Centre, which was introduced in 2007.

The vast Brand Centre, used for European rounds of the world championship, required 18 trucks to transport it between venues. The new ‘Team Hub’ uses only eight, which the team say has reduced its carbon footprint by around half.

Unlike the Brand Centre, which was housed at the McLaren Technology Centre in Britain between races, the new Team Hub will operate from a base in mainland Europe. This will further cut the mileage it has to cover, and reduce its journeys across the English Channel, which have been complicated by Britain’s departure from the European Union.

As well as reducing its carbon emissions, the team also expect its new motorhome will be less costly to run.