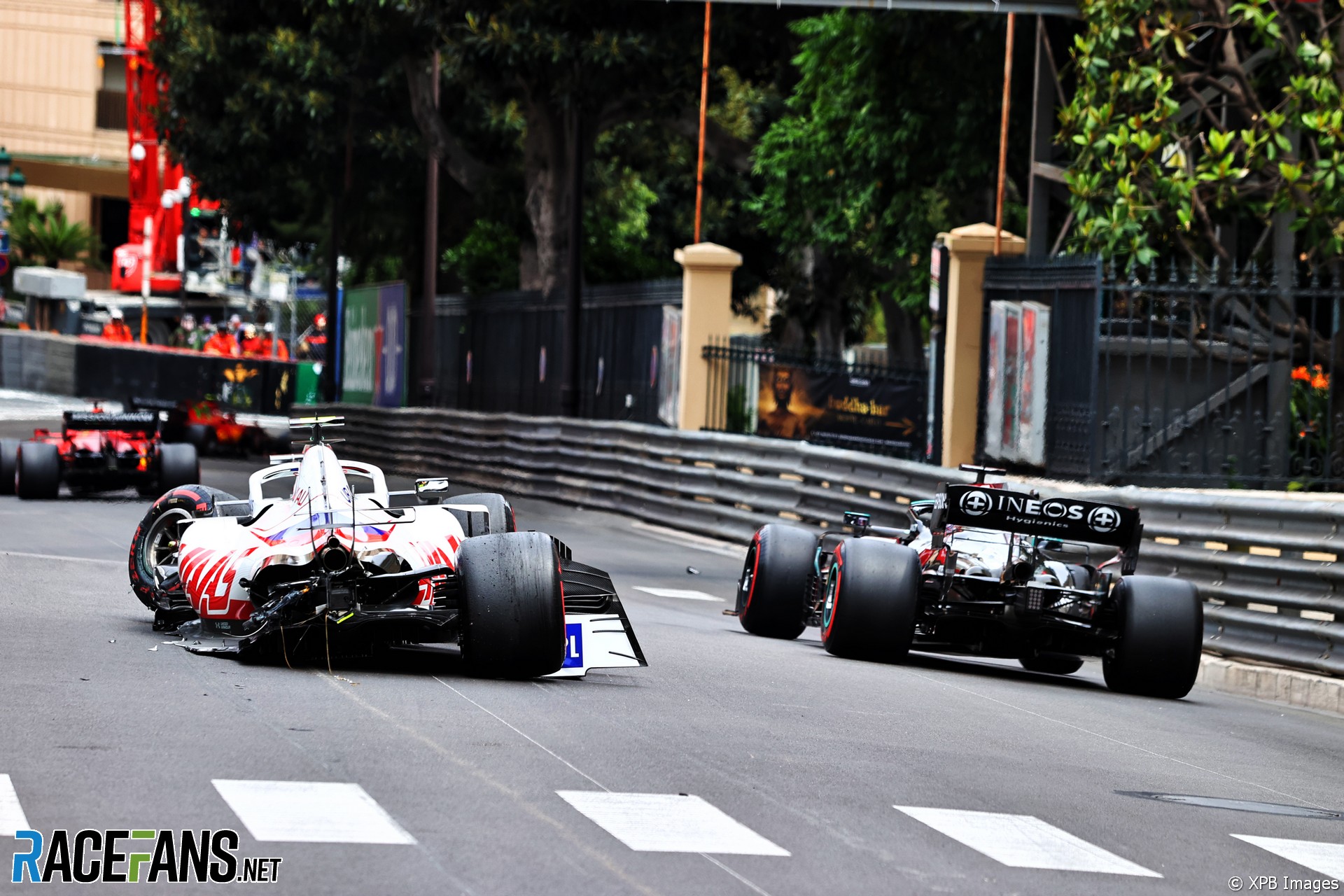 Haas team principal Guenther Steiner estimates the damage to Mick Schumacher’s car sustained in his final practice crash will cost the team between $300,000 and $500,000.

Schumacher crashed in the closing moments of final practice after losing control of his Haas into Casino Square. He caused significant damage to the left-side of his car after striking the barrier at the exit of the corner.

Asked for an estimate of the costs involved in repairing the VF-21, Steiner said: “I don’t have the calculation, but between three and five hundred thousand.”

“This is what these cars cost,” he explained. “It’s like I always said, the front wing alone is a hundred and fifty thousand.”

Steiner admitted he was “disappointed” that Schumacher had missed out on qualifying for his first Monaco Grand Prix after he had stressed to both Haas drivers about the importance of a strong qualifying result around the tight street circuit.

“It’s always disappointing because the most important thing in Monte Carlo is qualifying and there’s not many a year. It’s one time only every year.

“It’s so different, qualifying here – short track, a lot of traffic. I think if he could have done it, it’s just to get this confidence, how to move out of the way and all these things. He missed out on that which is never good. So it’s never good to miss something.

“But this for sure, next time, when he comes back he would’ve liked to have done it once before.”

Schumacher will start this afternoon’s Monaco Grand Prix from 20th and last on the grid after being granted permission by the stewards to participate in the race, following his failure to set a lap time in qualifying as a result of his accident.