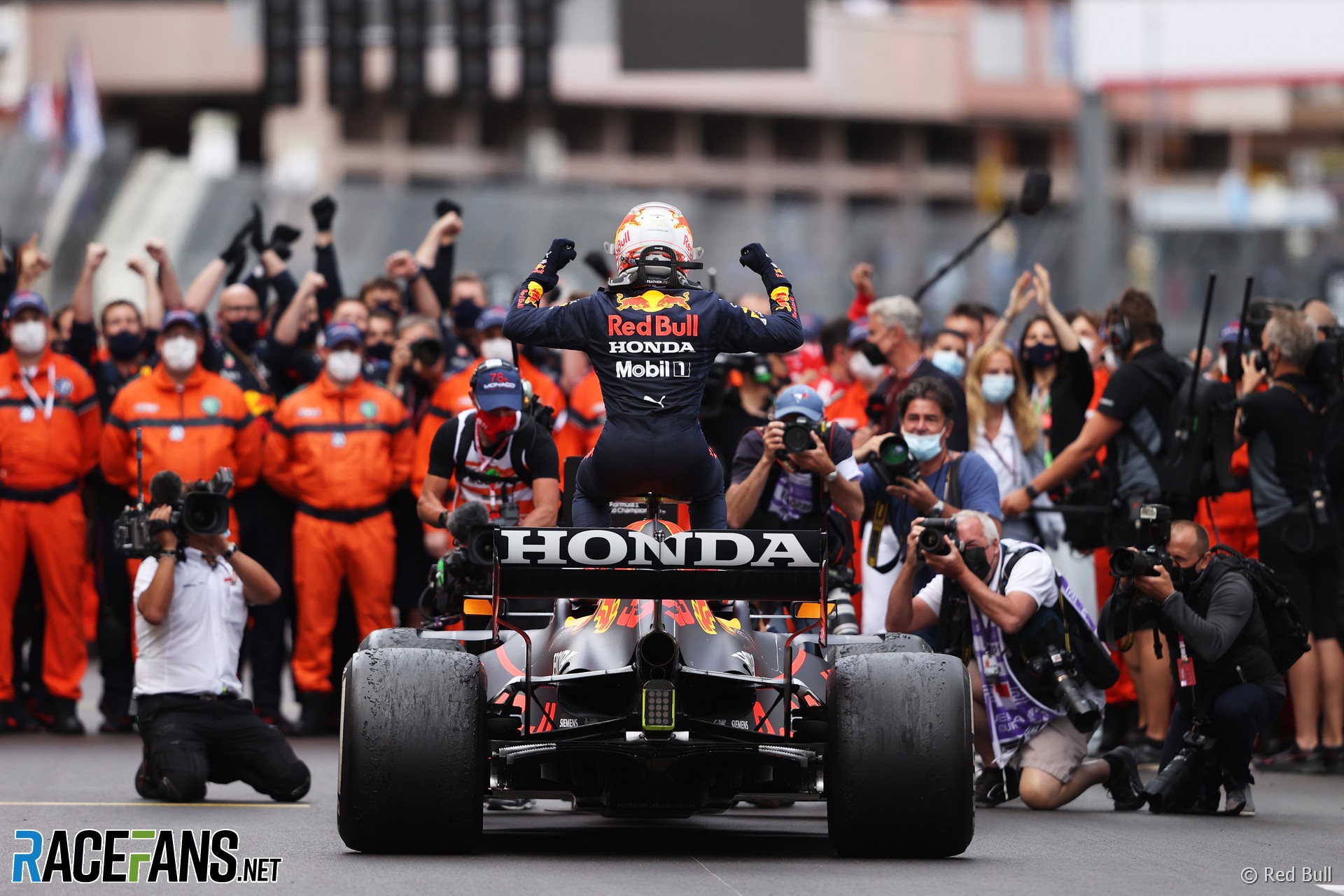 The Red Bull driver came into the weekend 14 points behind Hamilton in the drivers’ championship, having never stood on the Monaco podium. He missed out on pole position due to the red flag at the end of qualifying, only to be handed the lead position on the grid when Charles Leclerc was unable to start the race.

After leads every lap and taking an emphatic victory, Verstappen said that although undramatic, it hadn’t been an easy win. “Of course it always looks under control,” he said. “But to keep your focus for so many laps, that’s the hardest bit because it’s easy to relax a bit when you are in the lead and it’s easy to make a mistake.

“So you have to keep reminding yourself to stay focussed, keep your thoughts on the road. I think pace-wise it was very controlled because all the time if somebody tried to push me a little bit in terms of lap times, we could answer and make the gap bigger.”

Verstappen faced a short-lived challenge from Valtteri Bottas during the first stint of the race, before the Mercedes car was forced to retire due to a botched pit stop. Carlos Sainz Jnr took second place, but finished almost nine seconds adrift of the Red Bull.

“They started to struggle with tyres and all the time we could increase the gap,” said Verstappen. “So of course, I’m very pleased with that.”

His previous best finish at Monaco was fourth place. He came in second on the road in 2019, but was dropped two places by a post-race penalty. In 2016 and 2018 he started at the back of the grid in races his Red Bull team mate Daniel Ricciardo took pole position for.

“It’s nice,” said Verstappen. “I’ve never been on the podium and then the first time in, straightaway a win.

“So it’s a bit of redemption for all the other races here because I never really had a lovely feeling on a Sunday here.”