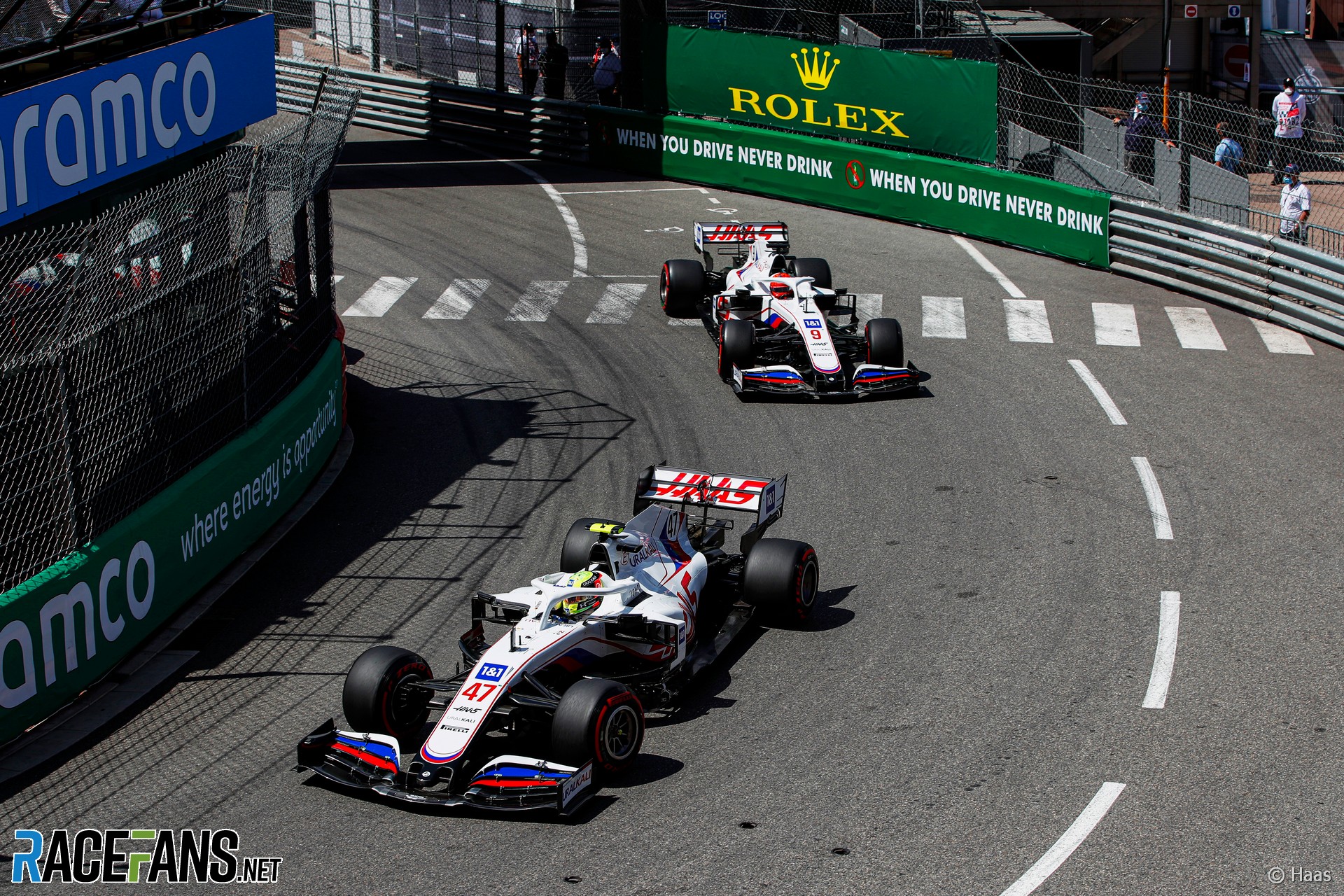 In the round-up: George Russell says he understands the difficulty the Haas drivers faced in the Monaco Grand Prix, far off the pace and being repeatedly lapped.

Russell said that Monaco is the worst track to be in a slow car, forced to try to get out of the way of front runners on the tight streets.

“It is incredibly difficult and when you back off, you lose all the temperature and then you’ve got no grip,” he explained. “It’s a bit of a nightmare, really.

“Out of all the places, this is the worst place to have a bad car and a slow one. It was tough for me, but I don’t envy the Haas guys. That was us two years ago.”

Vettel: I knew I could make a difference here

Sebastian Vettel, who has won twice in Monaco and secured a further five second-place finishes, said that he came into this weekend knowing he had the ability to secure the team a good result by performing when it counted most.

“I had always quite good results here, so coming in, I knew that I can be making a difference at this track. So yeah, I’m happy for the team, I think, after such a strong season last year and then a disappointing start in many ways this year. I think it’s what we what we needed and the guys deserve. It’s a good signal to own the factory at home. There’s a lot of things happening.

“In the end, if you look at the weekend it’s probably only five minutes that really matters. The qualifying laps and then crucial laps in the race. But you need to have everything working your way that you get that in such a tight, tight field as it is where we are in the midfield.”

Fernando Alonso believes Carlos Sainz Jnr has the potential to be a race winner with Ferrari, able to take advantage of situations where Mercedes and Red Bull create opportunities for other teams.

“I’m very, very happy for Carlos,” said Alonso. “I spoke with him on the grid, at the national anthem. He was already in the podium at the time because he was starting third after the Leclerc problems and with the Bottas issues, it was even better.

“So a good start of the championship as well and hopefully we can see a race win soon. But we know that in a normal circuit, Mercedes and Red Bull would have stayed in front. It was an opportunity and he was taking it. So it was good.”

Not a classic GP by any means but the fact that no one can pass doesn’t diminish the skills required by the @F1 drivers to keep the car between the barriers for 78 on the limit laps of Monaco.

Here's the crash which caused the stoppage of this morning's Formula Regional Europe championship support race ahead of the #MonacoGP. All drivers are okay. pic.twitter.com/M1EygylpOc

After 17 years working with the @FIA and 30 years in @F1, the Monaco Grand Prix will be the last for FIA Race Control Systems Manager Colin Haywood. The FIA family thanks him for his dedication and wishes him every success in the future pic.twitter.com/NC9s92oDlv

"Fred Vasseur: Our good race pace would have allowed us to finish even higher on any other track, but we can be very pleased with what we showed. It’s a big motivation boost for everyone in the team and can give us confidence to do even better in the next few races, starting in Baku"

"Daniel Ricciardo: The second stint on the Hard was encouraging and the lap-times really started to improve, but by that point there wasn’t much more I could do given how hard it is to pass here. I’ll just have to figure out what happened and just step away for a few days to switch off a little bit before going again in Baku."

"Yuki TsunodaI struggled for grip in the first lap compared to other cars around me and we lost a few positions, after that I was constantly behind cars, despite having strong pace, so wasn’t able to make my way forward. The main thing for me is my Qualifying performance and how I can improve this."

Waiting until the fifth race of the season to get Alfa Romeo’s first points might not sound like a strong performance so far – but Antonio Giovinazzi has been consistently out-performing Kimi Raikkonen and finally secured a good result, as noted by BasCB

I think Giovinazzi can be rightly proud of his driving. He showed great pace in qualifying to get into three and he was one of a few drivers who were pushing the car ahead of them for most of the race – ultimately it did not bring about any overtake, but the effort was there. Good job.
@BasCB