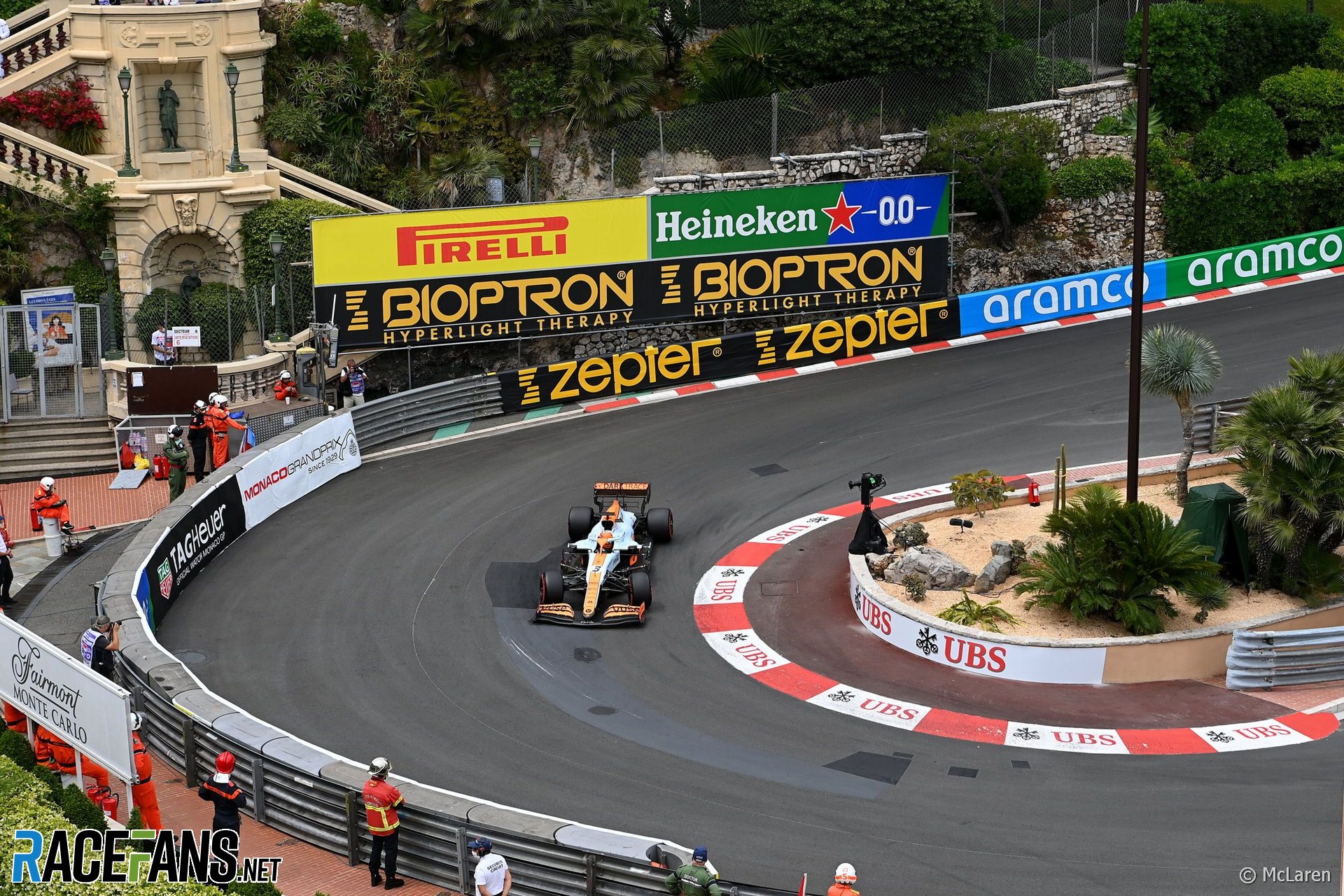 Daniel Ricciardo said he needs to take a few days to come to terms with a poor Monaco Grand Prix performance in which he was lapped by his team mate.

The McLaren driver has finished behind Lando Norris in four of the five races held so far this season.

Norris claimed his second podium of the year in Monaco, while Ricciardo had his first race without points since last year’s Spanish Grand Prix when he was racing for Renault.

Ricciardo finished seventh in his first race with McLaren at Bahrain, and he admitted it was “strange” to find himself further from that level four races later.

“Looking back obviously at the transition to Renault wasn’t the easiest. But I think Monaco was actually a pretty strong weekend for me there.”

The street circuit was the scene of two poles, four podiums and one win for Ricciardo during his years with Red Bull, and he finished ninth when he contested the grand prix with Renault in 2019. He also won in Monaco twice while in junior single-seaters, and his struggles last weekend were purely down to getting the McLaren MCL35M car rotated.

“I’m obviously going to keep working at it. But I feel this weekend we’ve kind of been so far off and so much on the back foot that part of me also just wants to switch off for a few days. Otherwise it’s like paralysis over analysis. I’ve been there before and I don’t want to go back to that.”

Many of the drivers who have changed teams this year have also struggled at their new homes, which some have attributed to a shortened pre-season.

“One thing actually which the team pointed out is we had a lot less mileage at the start of the year,” said Ricciardo. “I think that’s actually quite significant now.

“But with all that being said, I did not expect to be this far back. Absolutely not. The team’s being very understanding and very good about it. But personally I don’t want to be here, I want to be much further up.

“I appreciate them giving me time and I appreciate maybe I just do need more time. But since Bahrain, it feels like it hasn’t really made much progress. So I’ve got to got to try to unlock something soon.”