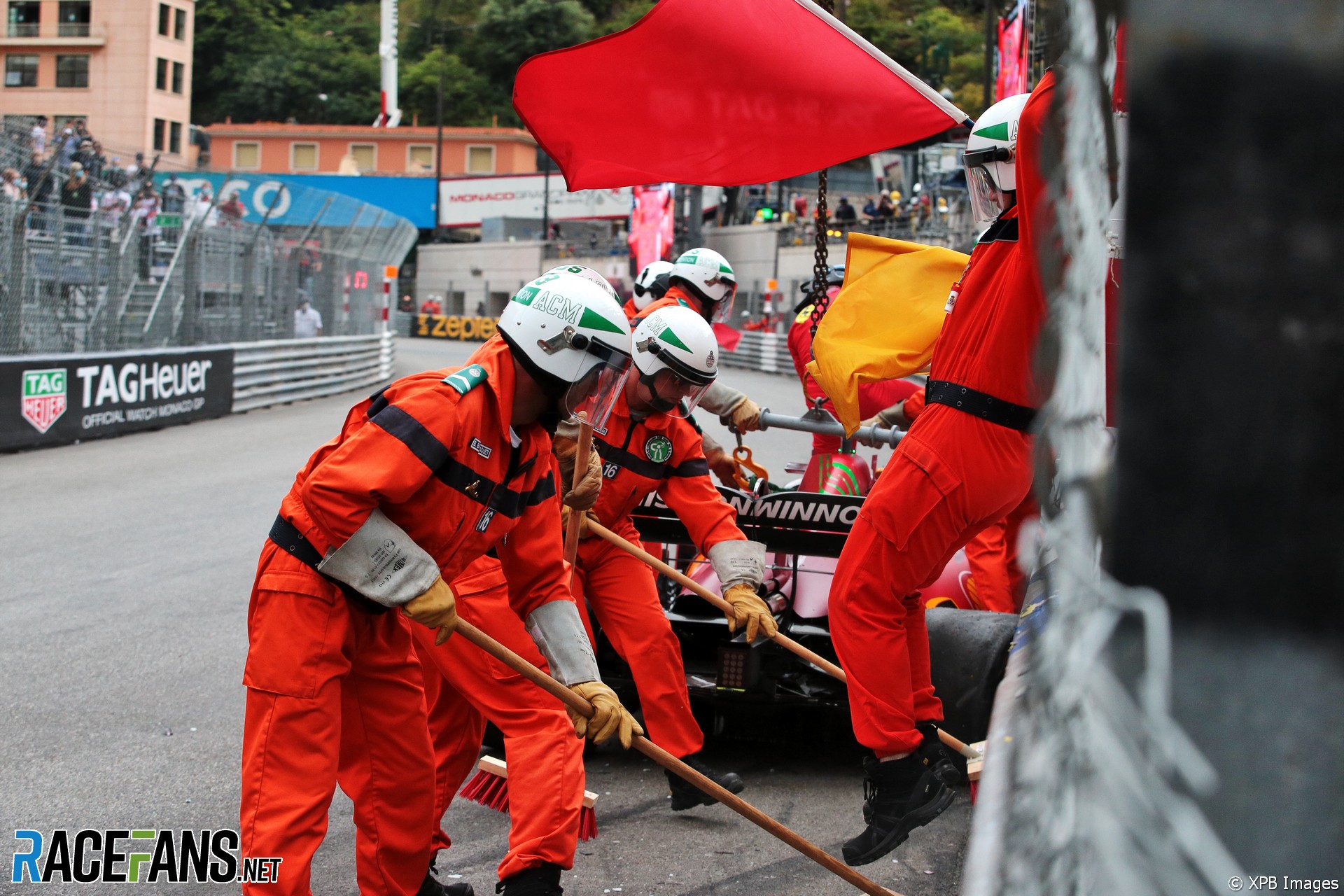 As Charles Leclerc secured the all-important pole position at Monaco by triggering red flags after thumping into the barriers at the Swimming Pool complex after running slightly wide as he entered the corner, shouts of “Schumacher 2006” rang through the media centre. Other hacks recalled “Rosberg 2014…”

The former incident referred, of course, to the record-setting champion’s cack-handed broadside parking manoeuvre at Rascasse which denied arch-rival Fernando Alonso an almost certain pole position. Until, that is, the stewards relegated the Ferrari driver to the back after a marathon enquiry into the ‘error’, which blocked the track, in turn preventing the Renault driver and other rivals from completing their flying laps.

Nico Rosberg’s incident was more subtle: Having set the fastest time in Q3 the German locked up – whether by design or error will never be definitively known – at Mirabeau, triggering flags that scuppered team mate Lewis Hamilton’s crack at pole. Crucially, there was no damage to the Mercedes – heightening paddock suspicions – but Rosberg survived the stewards huddle’ unscathed.

Now contrast these incidents with Leclerc’s accident: Not only did the Monegasque rip off the Ferrari’s right front wheel when he clouted the barrier going into the corner, but the subsequent rear wheel thump sent sufficient shocks through the transmission to the left hub to cause his retirement from his home grand prix on the reconnaissance lap.

Does that sound as though Leclerc engineered the crash to deny Max Verstappen pole, a position the Red Bull driver effectively inherited after the Ferrari peeled into the pits and into the garage? For a deliberate crash look no further than the damage inflicted on his Renault by Nelson Piquet Jnr’s ‘Crashgate’ incident, wilfully caused by the Brazilian to trigger a Safety Car from which team-mate Alonso benefitted by design.

Indeed, according to a source the FIA found no difference in Leclerc’s throttle and steering inputs between his ‘crash’ lap and his previous effort save that he was an inch or two further to the right coming into the Swimming Pool. That made the all the difference, expensively so.

Thus, the outcry after qualifying was not only totally misguided but also begs the question: Why alter the regulations to penalise a driver who is ‘on it’ in the closing stages of qualifying but crashes in the process? During his post-race debrief, FIA race director Michael Masi admitted that F1 could consider a regulation similar to that applied in IndyCar and other major championships.

“I know the IndyCar rule, which is also a rule in a number of other FIA international series and domestic championships around the world,” he said. “And we will look at it and together with all of the key stakeholders, determine if it’s suitable or not.”

What, then, do the IndyCar regulations say about such incidents? Article 8.3.9 states: “If a car causes a red condition in any segment, the car’s best two timed laps of the segment shall be disallowed, the car may not continue in the segment, and the car shall not advance to the next segment.”

Under IndyCar rules Leclerc (and Schumacher and Rosberg) would have lost pole position for triggering red flags, as, crucially, would any driver who happens to stray beyond the limit at any circuit in any qualifying session during what is the ultimate speed test of a grand prix weekend be penalised by the scrapping of his two best laps.

Potentially all this upheaval because Monaco’s unique circumstances dished out three incidents in 15 years, only one of which was deemed deliberate…

The fact is that the Monaco street circuit poses the greatest precision driving challenge of all, being devoid of run-off areas save where the local road system coincidentally provides them. Thus, accidents will happen as drivers give their all (and more), but that, surely is the essence of F1. Threaten a penalty and they will wind back through caution, denying fans the spectacle of drivers on the absolute limit as they shave the barriers.

As F1 has discovered all too often with its knee-jerk rule changes there are bound to be unintended consequences, which then rear their heads elsewhere, demanding yet another rule change, then another and so on. Leclerc’s incident was extremely costly for himself and the Scuderia, and you can bet both have learned a lesson. Experience is the best teacher, not some as hoc rule change imported from another series.

Hopefully Masi and F1 will find that the IndyCar regulation is ‘not suitable’ for F1 as a whole.

85 comments on “Does F1 need a rule to discourage deliberate qualifying crashes?”