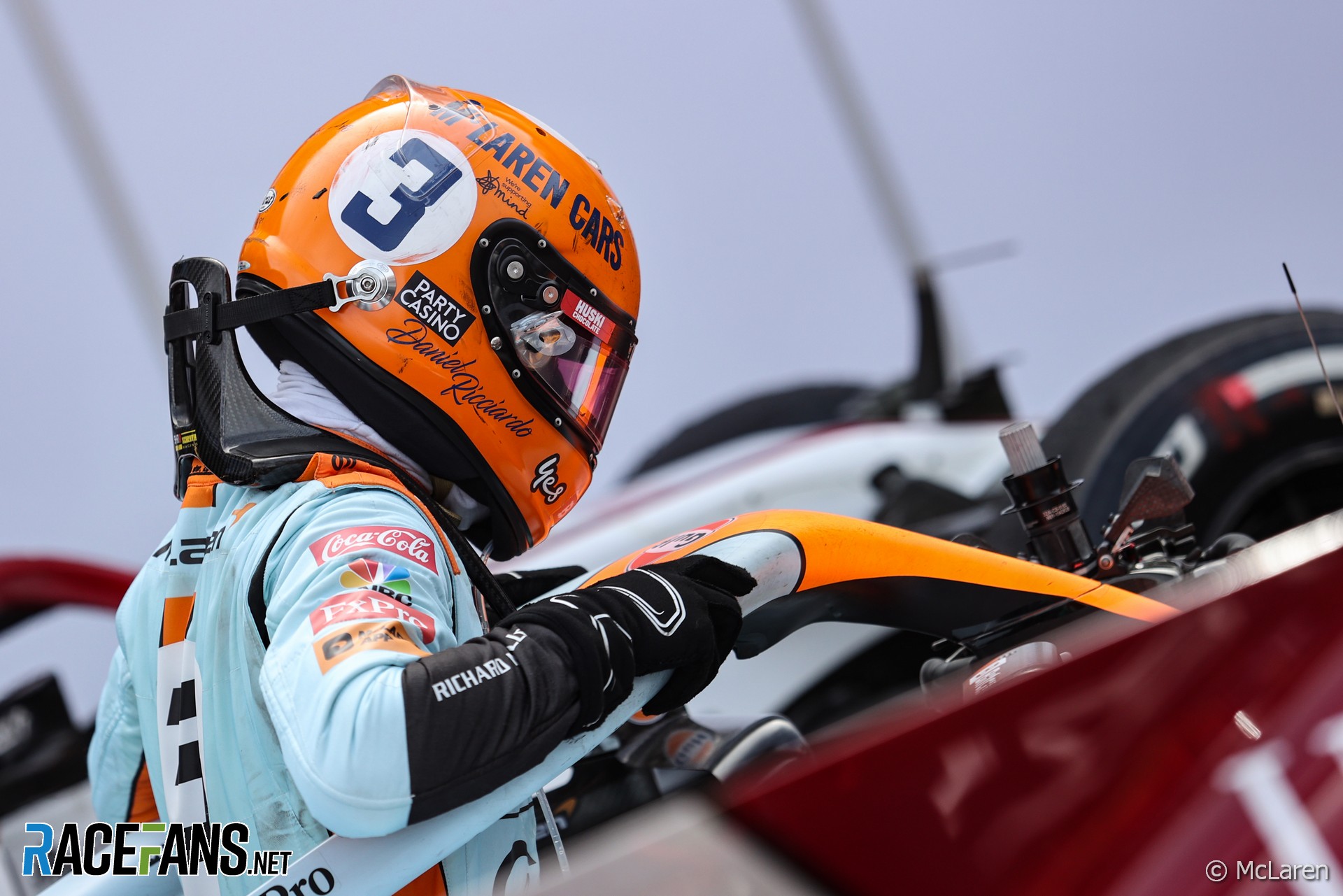 In the round-up: Daniel Ricciardo says his tough start to the season of McLaren have reminded him of his “love-hate” relationship with motorsport.

Ricciardo has “love-hate” relationship with motorsport

After recording McLaren’s first point-less finish of the season in Monaco, Ricciardo said his ongoing struggles in his first season with his new team have reminded him of past frustrations in his motor racing career.

“As far as racing, I’ve always had a bit of a love-hate with it, and that’s the truth,” said Ricciardo. “Some days I love it more than anything, and some days I’m just like, you don’t have an answer.

“I had this love-hate from probably my first year in karting. I went out for the start of a race, a local race, and the engine didn’t start. We couldn’t get started, and I missed… I think I was maybe on the front row and it was like a big race at the time for me. We couldn’t figure it out.

“Anyways, two days later go back on that track, push the kart and it starts. So I learned pretty early on that race cars can be very unkind.

“I feel this weekend, it could just be down to that. Maybe this weekend wasn’t working, and maybe we just put it on the track in Baku and we’re there again.”

Marco Andretti was grateful for IndyCar’s ‘Carb Day’ final practice session. “I’m not a Carb Day fan, but today it saved my Indy 500,” he admitted. “That’s why you have Carb Day. There was a bad electrical box we would have found on lap one.”

Last year’s pole-winner also revealed his team identified and fixed a problem with his floor after he qualified 25th for today’s race.

“I feel pretty confident [but] a little bummed because I think we would have been easily top nine car,” he said. “It was the floor. We can’t understand why. They wouldn’t let me say it publicly anyway.”

Formula Regional European Championship points-leader Gregoire Saucy dominated proceedings in the series’ seventh round in Paul Ricard. But he was stripped of his fourth victory of the season after his car failed a technical inspection. Hadrien David therefore took the win.

IndyCar needs its own ‘Drive to Survive’ – Brown

McLaren Racing CEO wants IndyCar to follow in F1’s footsteps by commissioning a similar series to ‘Drive to Survive’, saying he had spoken to the series’ CEO Mark Miles about it.

“It’s something IndyCar is interested in,” he said. “It would be great for the sport. Drive to Survive has been phenomenal for Formula 1. Made a huge impact around the world and North America. I think more importantly it’s turned new fans onto Formula 1.

“I think doing something similar for IndyCar will have a similar impact. We do have great personalities not only with the drivers but some big personalities in the sport, what goes on behind the scenes. I think that’s what Drive to Survive has done so well, is it’s captured the off-track action which there is plenty of. IndyCar is very similar in that manner.

“The more we can let fans in behind the ropes of these great sports that we participate in, the more intrigue there will be and the more fans we’ll create.”

"When we examined changes in crime before, during and after the F1 race in Austin, Texas, in 2018, there was no evidence that crime, including sex crimes, increased during the race weekend."

"If I had to say someone, then it would be Sebastian Vettel. When I was really getting into karting, Vettel was at Red Bull and was always winning. My dad is German as well, so it makes sense. I also speak German, so that connection was there."

@Robbie doubts protests against the teams which have flexing wings will get anywhere:

All teams’ current wings presumably pass the current load tests, and when the more stringent tests arrive the teams will have been given time to react to them. So protesting previous races or even the coming race will only show wings that pass the current tests, and since it would be unfair to suddenly change the test and expect wings designed for the previous test to pass a new test, teams will adapt their wings to the new test and will remain legal.
@Robbie