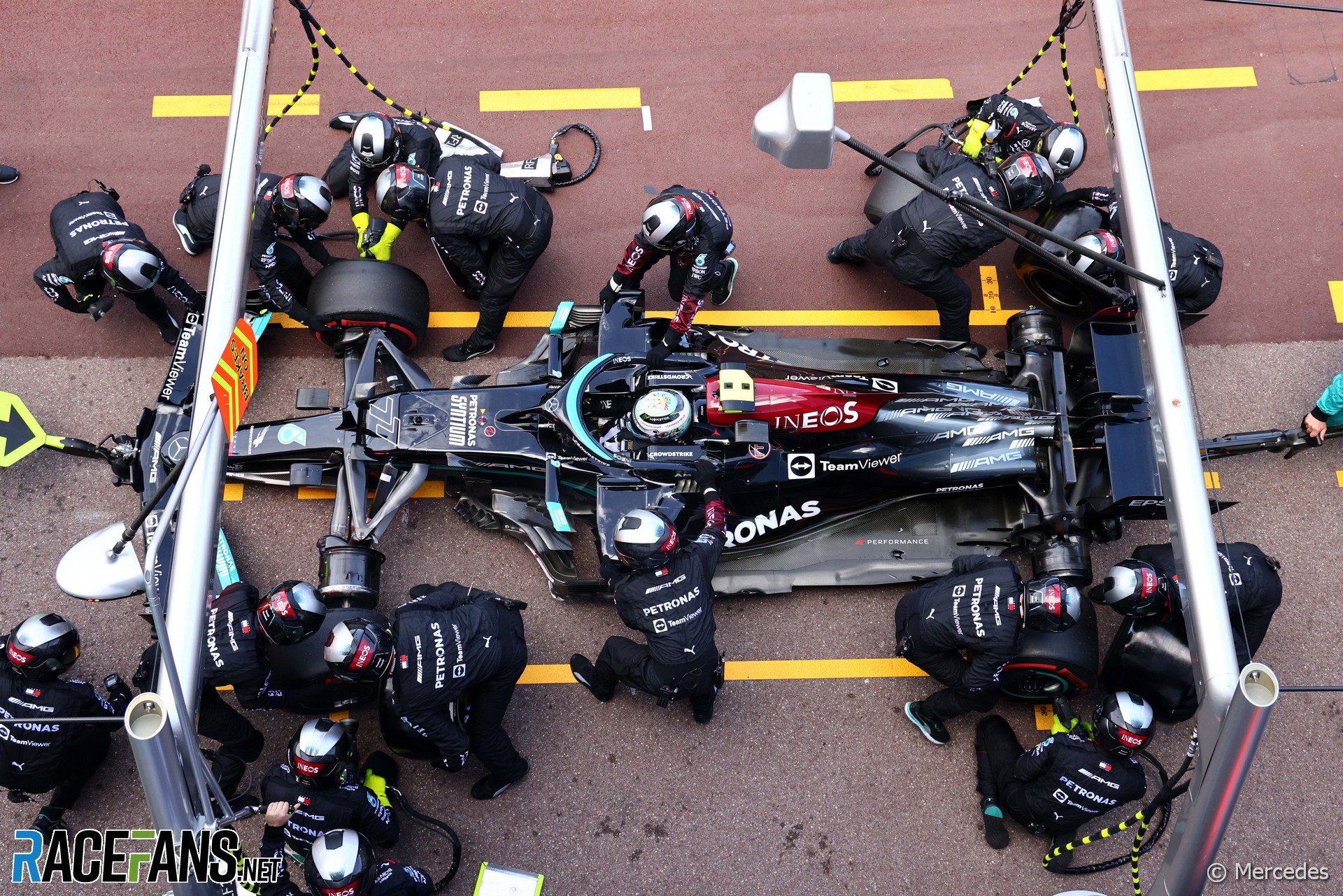 Valtteri Bottas admitted he was surprised by comments made by Mercedes CEO Toto Wolff regarding the pit stop which put him out of the Monaco Grand Prix.

The Mercedes driver, who ran second in the early stages of the race, was forced to retire when the team were unable to remove his front-right wheel during a pit stop. Mercedes discovered the teeth of the wheel nut were machined off during the stop which thwarted their efforts to remove it.

Wolff told Auto Motor und Sport Bottas had “stopped a little early” in the pit box which meant the mechanic applied the wheel gun to the nut at an angle, contributing to the problem. Bottas said he “was surprised” by Wolff’s remarks and is sure he lined up correctly when he came in.

“I saw the video and, for me, it was pretty spot-on where I stopped,” he said. “So I was quite surprised.”

He has not discussed the comments with Wolff: “Not really, [we] kind of left it there.”

Bottas admitted it took him some time to come to terms with the disappointment of retiring from the race, in which he fell 58 points behind winner and championship leader Max Verstappen.

“Personally for me it took a couple of days, I have to say, because it’s not been the best start of the season,” he said. “That kind of an issue, when it hits you, and obviously when your target is to get some good points, it’s disappointing.

“But I got over it, I’ve found my ways to get through it and I’m keen to race again.”

The wheel was eventually removed on the Tuesday after the race at Mercedes’ factory. The team has painstakingly studied the failed pit stop to guard against a repeat, Bottas added.

“The main thing, first, was it was nice to hear when we got it off,” he said. “And of course, we as a team had to maximise the learning from it.

“There was a detailed analysis, of course, what happened, why it happened, how can we prevent that ever happening again in the future. So it’s really all about learning the issue and correcting it. So I think the team fully understands it now and we’ve made corrections for that and hopefully don’t have to experience it again.”