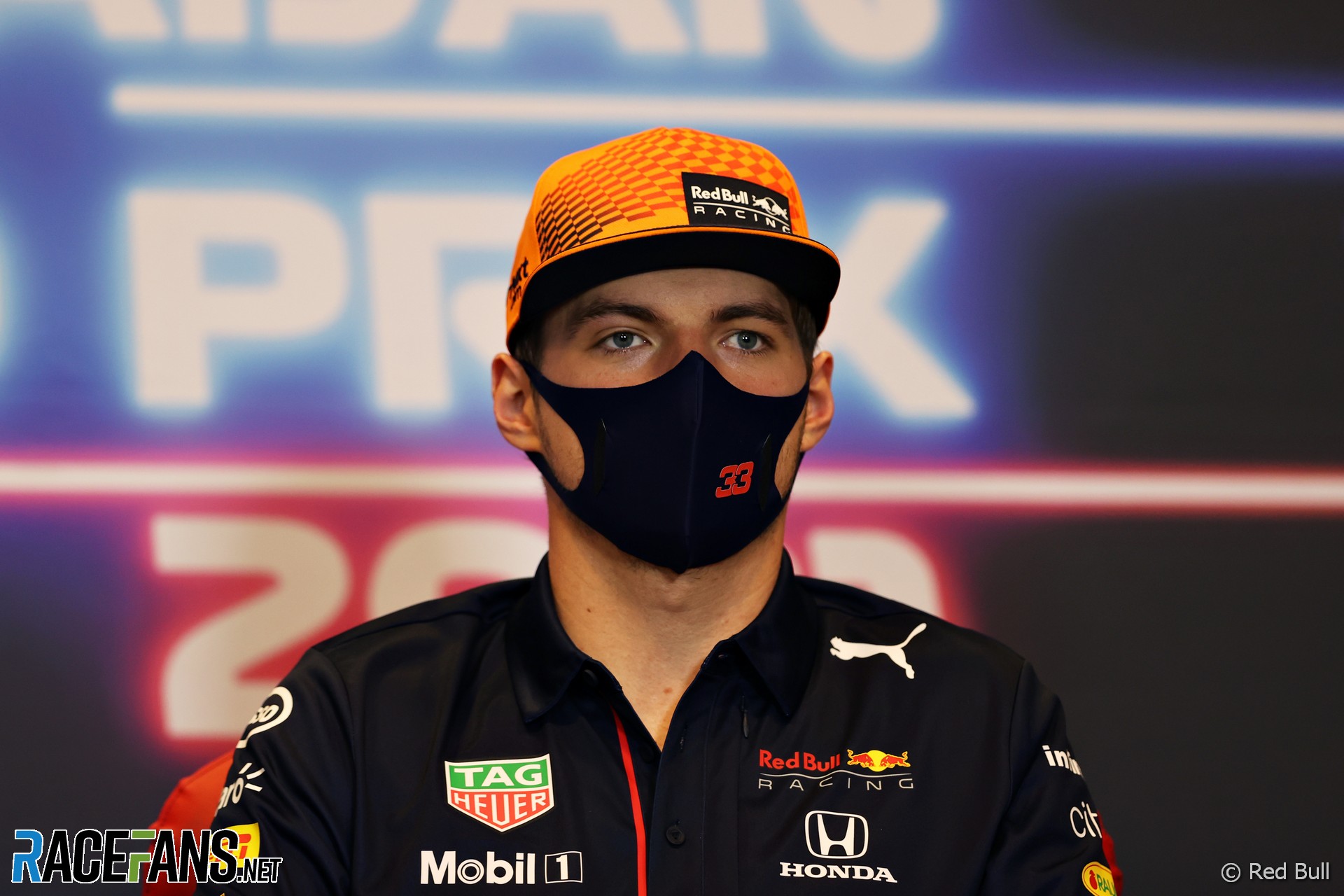 Verstappen won the last race at Monaco, which is by far the slowest track on the F1 calendar. But he suspects Mercedes will be harder to beat at more typical venues.

“I do think they are still, on normal tracks, ahead of us,” said Verstappen ahead of this weekend’s race at Baku City Circuit. “But I think for us so far this season we have had a great start compared to the other seasons.”

Red Bull must ensure they do not fall behind Mercedes in the development fight, he added.

“We just need to keep it up and need to keep improving, to bring new bits to the car all the time to try and improve it,” said Verstappen. “Then I think we have a very good shot at it. But so far, of course, to be leading to the championship is very positive.”

“It’s great, of course, to be first, but it’s more important where you end up after the race in Abu Dhabi,” he added.

Red Bull’s flexing rear wing has been a focus of attention in recent races. Verstappen’s title rival Lewis Hamilton has suggested it could be worth up to six-tenths of a second per lap in Baku, as it could allow them to hit consistently high speeds on the straights without sacrificing cornering performance.

Verstappen said striking a balance between the conflicting set-up demands will be crucial at the high-speed Baku circuit.

“It’s never easy around here because of the long straight,” he said. “It puts you into a window where you run a bit less downforce for the rest of the track. But it makes it very interesting, big braking zones, it’s quite slippery always around here.”

The Azerbaijan circuit has a reputation for producing unpredictable grands prix. “I think we have had a lot of interesting races,” said Verstappen, “So I’m looking forward to the start of the weekend.”