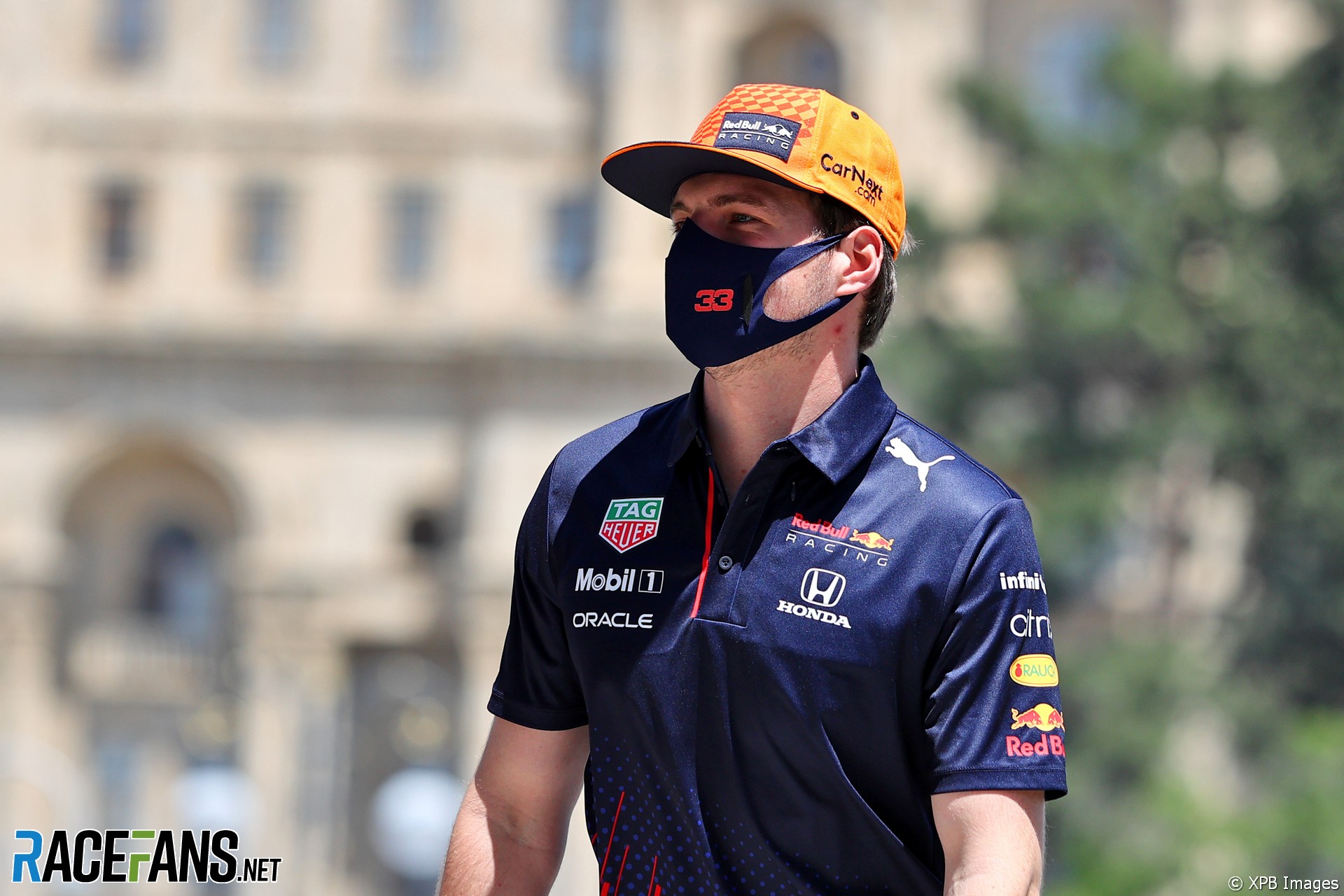 Max Verstappen says Red Bull have nothing to fear from rivals who have suggested their flexing rear wings could face a protest this weekend.

Tougher rear wing tests will be introduced ahead of the next round of the world championship in France. Teams were advised of the change after the rear wings used by Red Bull and other teams were seen to be flexing at high speed.

Mercedes and McLaren have claimed delaying the introduction of the test until after this weekend will allow some of their rivals to continue using designs which do not confirm to the rules. They have suggested the wings could be protested.

However Verstappen told Sky he is not concerned by the threat. “It is what it is,” he said. “I can understand, of course, other people looking into things when we are doing a good job with the car this season.

“So I can understand people complaining. But it’s all within the rules so far. There’s nothing wrong we did. Of course, they try to slow us down.”

Red Bull have accused other teams of running front wings which flex excessively. “You have to look at the overall picture,” said Verstappen. “The most important and dominant part of the car is the front and we are not flexing as much as other teams there.”

After taking the championship lead with victory in Monaco, Verstappen expects Mercedes will provide tougher competition in Azerbaijan this weekend.

“They still have a very good car,” he said. “Monaco never really suited them, they have a very long wheelbase which is not amazing around there.

“But overall for the rest of the season it seems like it’s quite a strong tool. They have been winning a lot of championships so they know what they have to do and I really expect them to bounce back strong.”

37 comments on “Verstappen: Rivals trying to slow us down with flexi-wing complaints”