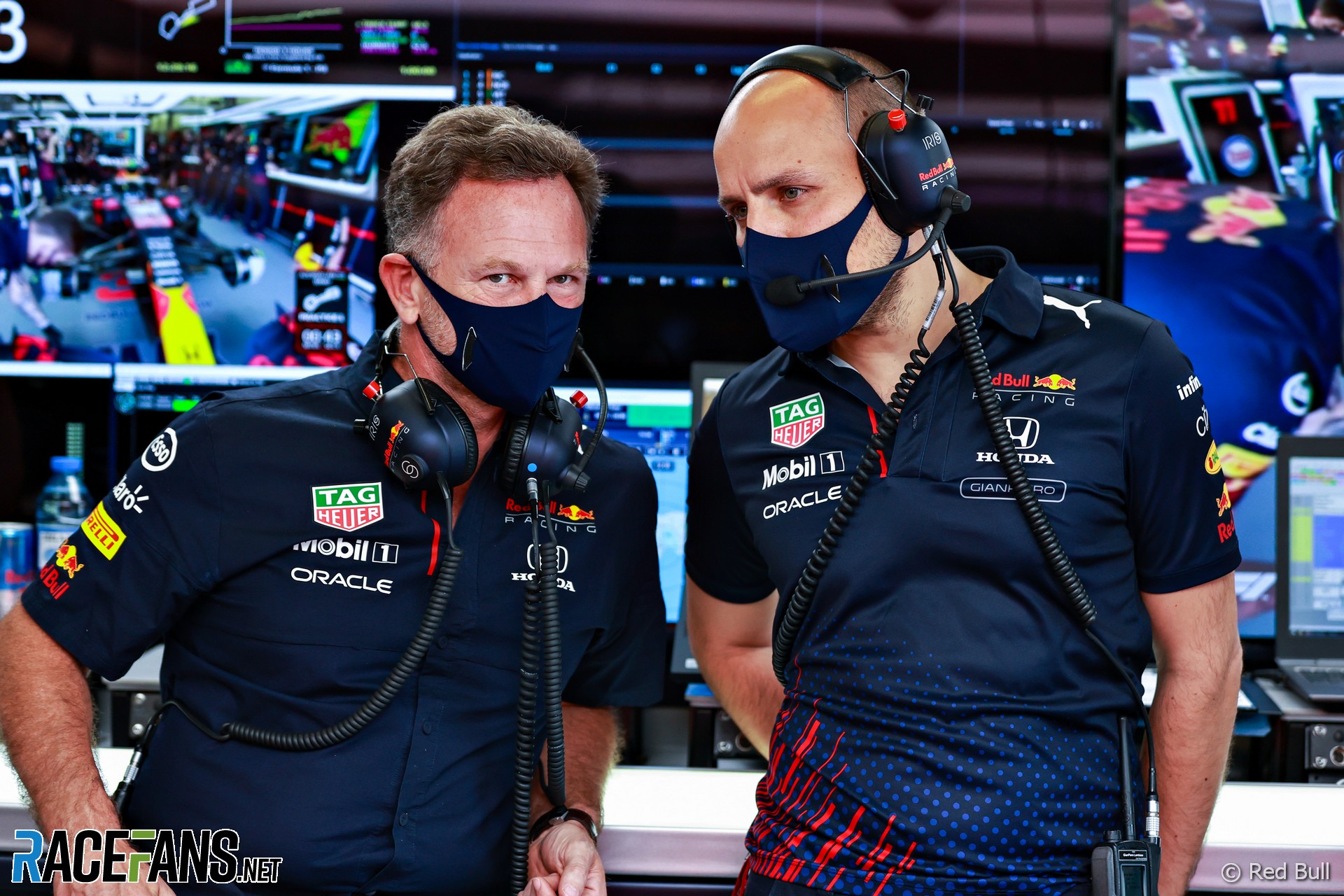 “There’s obviously been a lot of noise, that Mercedes have been driving, about the rear wings,” Horner told Sky. “The bottom line is if the car complies with the rules, it passes the test, it’s legal. The FIA come up with the test.”

Both teams ran revised, slimmer rear wings on their cars during today’s practice sessions and both were observed flexing.

“That [Mercedes rear wing], if anything, around here looks a bit worse than ours,” said Horner, who has also previously questioned whether his rival’s front wings comply with the rules forbidding moveable aerodynamic devices.

“Obviously a lot of noise has been made about the rear wing and a lot of revisions have had to be made. And so if you’re picking on one end of the car, you have to look at the other. You can’t look at one part in isolation and say that set of rules only applies to that element on that car. You have to look at [all] areas so sometimes you have to be a little bit careful what you wish for.”

“If I was Toto, with the front wing he’s got on his car, I’d keep my mouth shut,” he added.

The FIA will introduce a revised, tougher rear wing flexibility test following this weekend’s race. While Mercedes and other teams believe the test should have been introduced prior to this race, Horner said teams needed to be given time to redesign their bodywork.

“All cars have a degree of flexibility,” he said. “The weight that’s going onto these wings; it’s impossible to make an entirely rigid structure there when you’ve got tons of downforce being applied to it.

“So I think even teams like from Alfa Romeo upwards, even Haas, I think are struggling with some of the introduction of these new tests. So it’s nothing new. It’s been around for years and years. And of course, there are very stringent tests that we are subjected to after each session.”