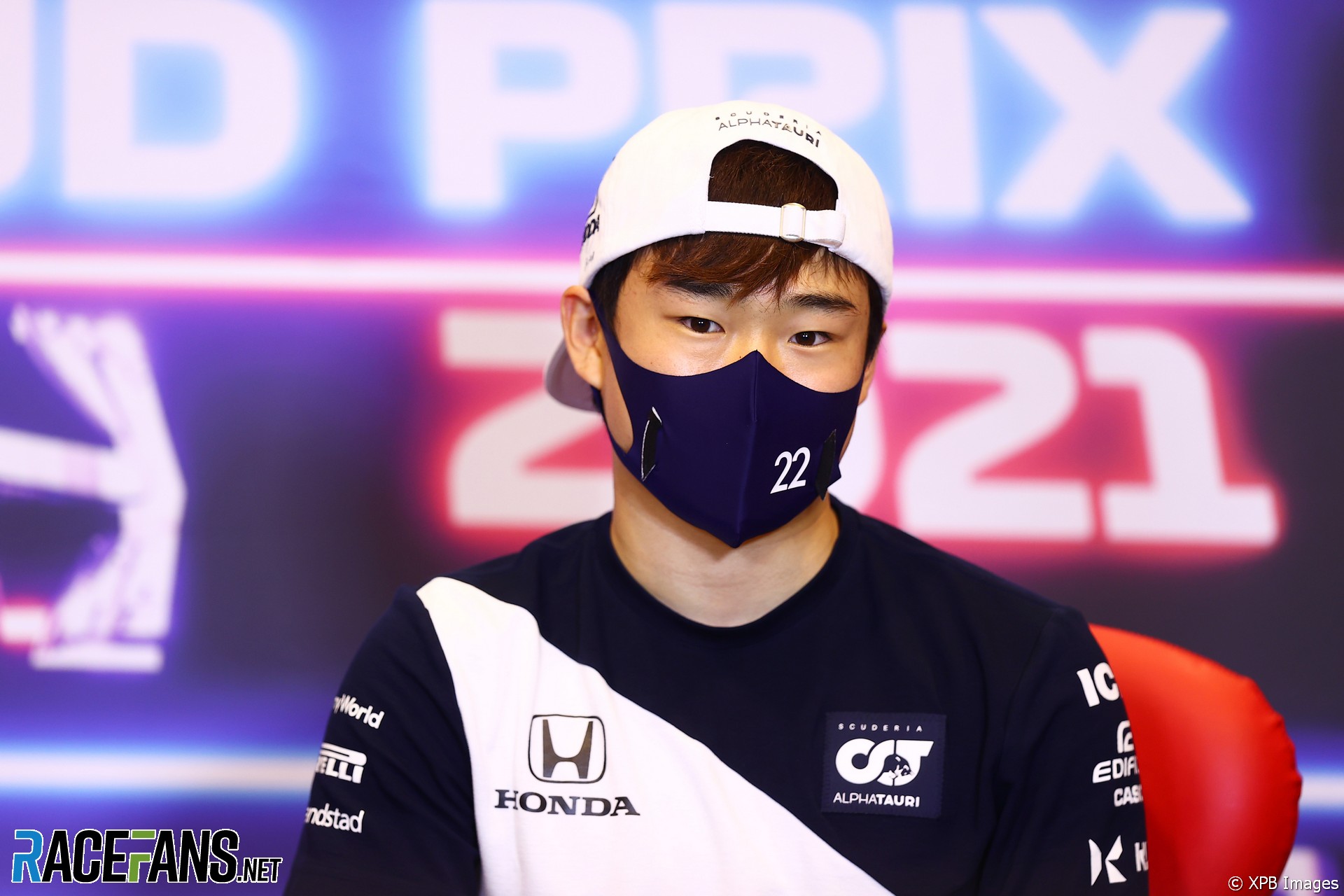 Red Bull told Yuki Tsunoda during the Monaco Grand Prix weekend he would move from the UK to Italy in order to better embed him with his AlphaTauri team.

Tsunoda, who had previously asked to relocate from Milton Keynes closer to his team’s Faenza base, has had a troubled run of races since scoring points on his debut in Bahrain.

He revealed yesterday that he first learned of his move two days after his crash during second practice at Monte-Carlo.

“I got told while I was in Monaco, it was Saturday, I think,” he said. “Basically, when I crashed in FP2, that was not a good thing and I think Red Bull was not happy after that. And also we were talking at Red Bull, AlphaTauri [that] it’s good to have a little bit [of a] big change for me because I think the last three races or four races, I haven’t had good races and to change something you need a big difference.

“They decided for me to move to Italy, to have more chats with the engineers and to go to the factory and have more opportunity to talk about the car. For me, that’s a very good decision.”

Tsunoda confirmed he had previously asked to move closer to AlphaTauri. “Actually, I was asking Red Bull from the beginning of the season to possibly move to Italy, but they said at first, no. So I was staying in Milton Keynes.

“But now I can go to Italy and spend more time with the team. So that’s positive for me. And generally, I like more Italy where the food is nice and the weather is much nicer. So it means everything is positive. Hopefully this goes well, also for my performance in the race.”

Tsunoda said Red Bull implemented the change with immediate effect, and he travelled directly from Monaco to his new home in Italy. Since then he has followed a strict new schedule of training and contact with the team, overseen by AlphaTauri team principal Franz Tost.

“After Monaco, I flew directly to Faenza and most of the plan, the whole day, was scheduled by Franz Tost,” said Tsunoda.

His day began at nine o’clock with a two-hour gym session. “I’ve never had this experience from morning gym, big session, it was hard this one,” he said. After that “11 [until] 12:30 was an engineering meeting and lunch and also having an English lesson because my English is not perfect. So I think also for me it was a good opportunity to learn English.

“And three to 4:30, again engineer meeting, 4:30 to six again another big gym session. Most of the things were scheduled by Franz.”

Tsunoda admitted he found his new schedule a strain. “I didn’t enjoy last week, but it is what it is.

“I think the engineer meetings, especially, that makes a very good understanding to the car and that was really good preparation for this week. So that was good.

“Mainly the gym sessions were much longer than usual. So hopefully I will be like a bodybuilder in the end of the year, but we’ll see.”