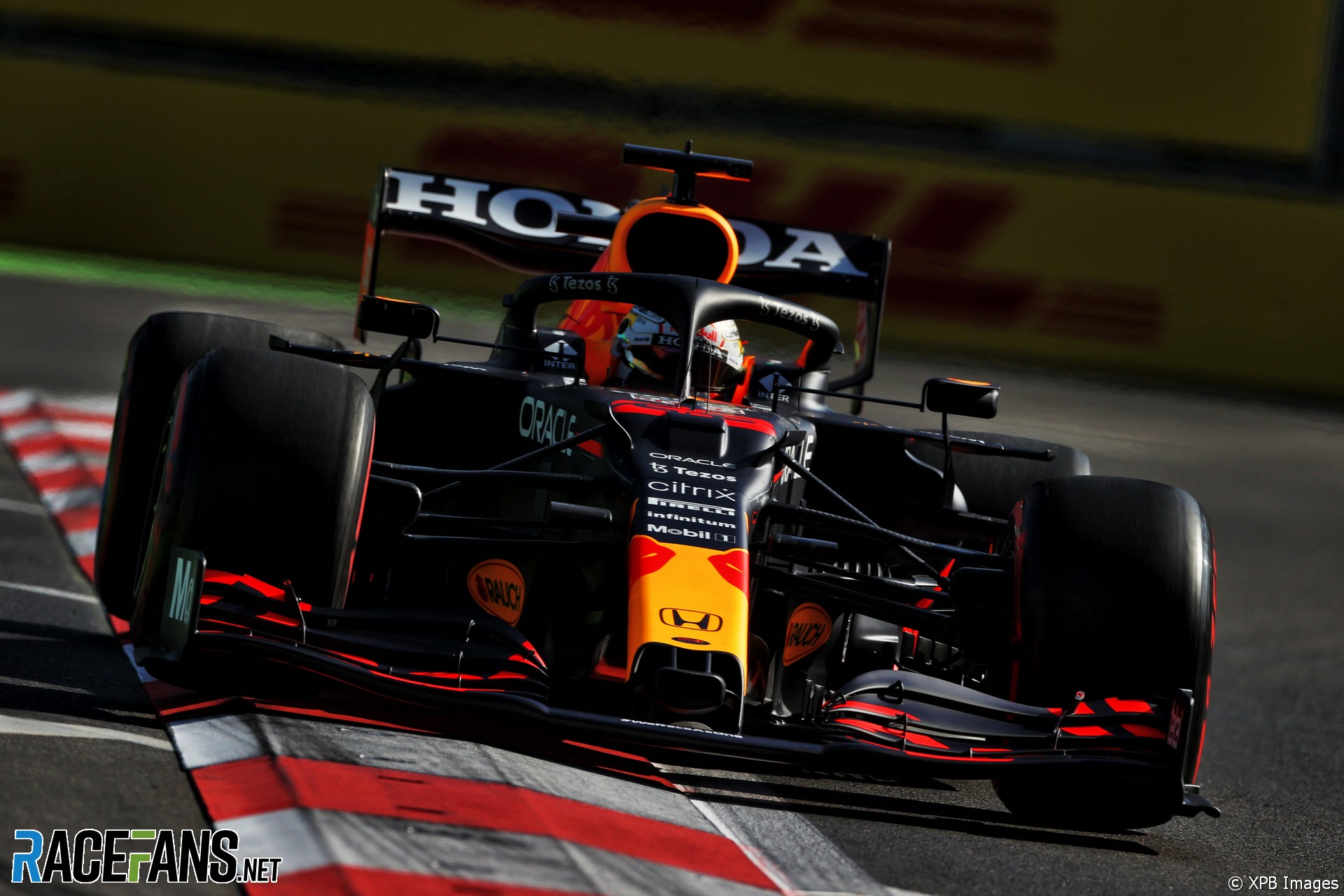 Max Verstappen was encouraged by the pace Red Bull showed in practice for the Azerbaijan Grand Prix today.

The world championship leader was second-fastest at the end of Friday’s running, a tenth of a second behind team mate Sergio Perez.

“So far I think we look pretty strong, so I’m very happy with that,” Verstappen told Sky. “Let’s see what we can do tomorrow.”

However, he admitted the team may have taken a wrong direction in set-up between the two sessions.

“Performance-wise, I think we we had a great start to the weekend so far. The car in FP1 felt really, really decent. I was quite comfortable.

“Then for FP2 we made a few changes to see if it would be better but I think we went a bit backwards. So we’ll look overnight, of course, what direction we’ll go in but nevertheless, I think for the team, still a very good day.”

Unusually, Verstappen began the weekend using a pair of Perez’s racing boots due to a problem with his own footwear. “It didn’t affect things,” he said. “Of course, the size is not entirely correct, but it was fine.”

Red Bull team principal Christian Horner said Verstappen had been “playing around with set-up and tuning” it in. “I think he was more comfortable with the car in the morning session in the afternoon. So there’s plenty to look at this evening data wise and improve it all for tomorrow.”

“It was a good start,” he added. “Both drivers, I think, reasonably happy. It was difficult circuit conditions today, obviously being a street and still quite green. But on the whole I think certainly a positive day, it has to be a good when your car’s at the top of the times.”