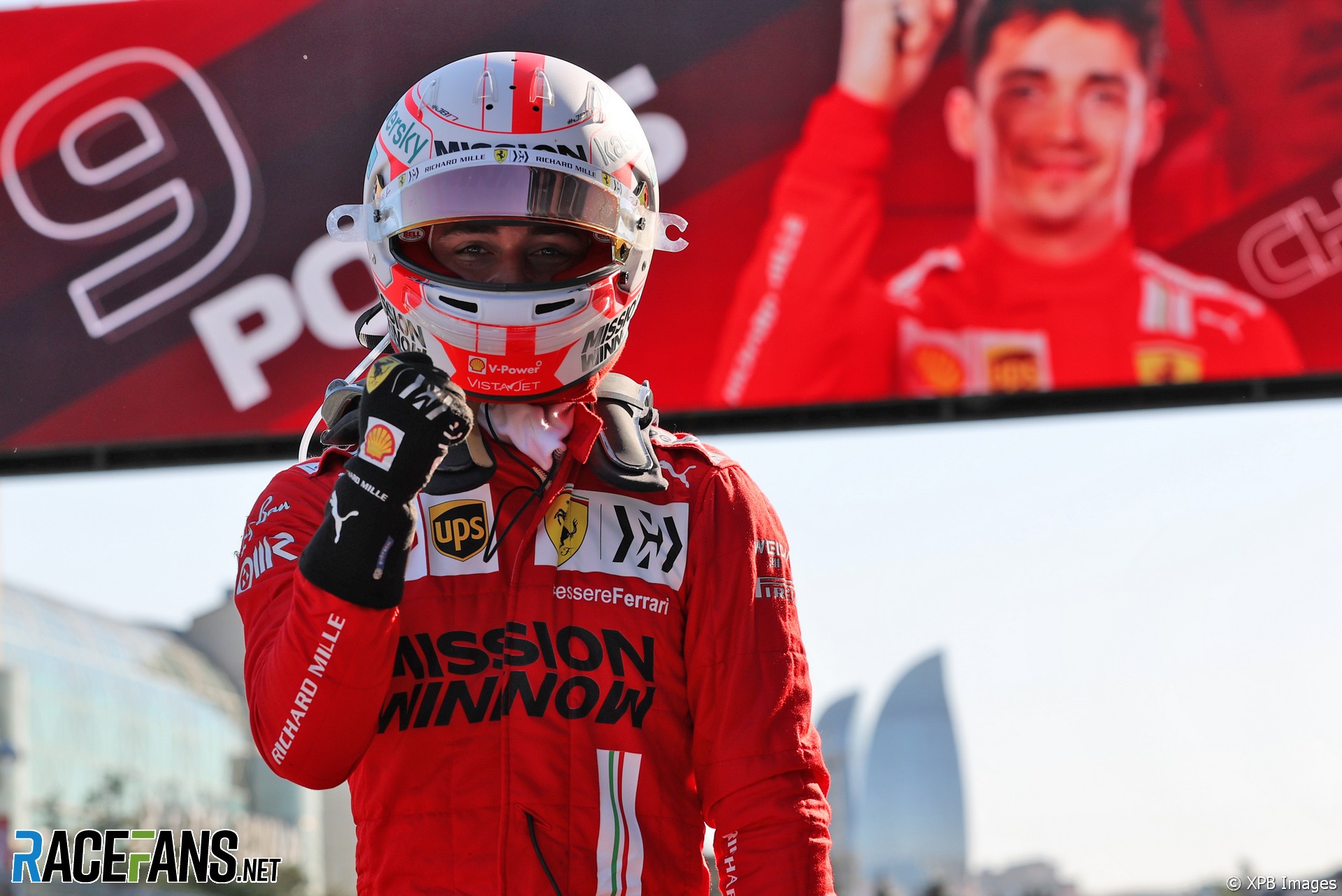 Charles Leclerc benefited from the slipstream of a rival to take pole position for the the Azerbaijan Grand Prix, but reckons his Ferrari was quick enough to do it without one.

Leclerc set the best time in Q3 during the first half of the session, getting a ‘tow’ from Lewis Hamilton. No driver was able to best his time following a red flag at the end of the session for a double collision at turn three involving Yuki Tsunoda and Carlos Sainz Jnr.

But Leclerc felt he had the potential to improve his original lap time. “It was quite a shit lap, I thought.

“There were like two or three corners where I did mistakes. But then, of course, I had the big tow from Lewis in the last sector, which helped me a little bit.

“But overall, I think we would have been thereabouts for pole even without the slipstream. So it’s a good day.”

He said that Ferrari’s pace in Baku had been unexpected, despite taking pole in Monaco. “I did not expect to be as competitive as we were today.

“I think I was improving again, with the red flag. But it’s like this; I’m on pole, I’m happy anyway. And hopefully it’s all good for Carlos, I hope it’s all okay for the team.”

Leclerc’s previous pole position was via a session where his own crash red-flagged other cars’ final laps. He said it was bittersweet to repeat the feat, “It definitely feels very good. On the other hand, it’s with a red flag again, so I wish we had it on a normal track.”

For the race, he said that Ferrari were unlikely to be as competitive as Mercedes or Red Bull – which have looked more competitive on long runs during practice sessions. “[The] car felt quite ok but I believe Mercedes and Red Bull have something more than we have in the race, especially we’ve seen that in [second practice].

“So it’s going to be very difficult because here it’s not like Monaco, they can overtake. So we’ll try to do the best job possible and hopefully we can keep that first place.”