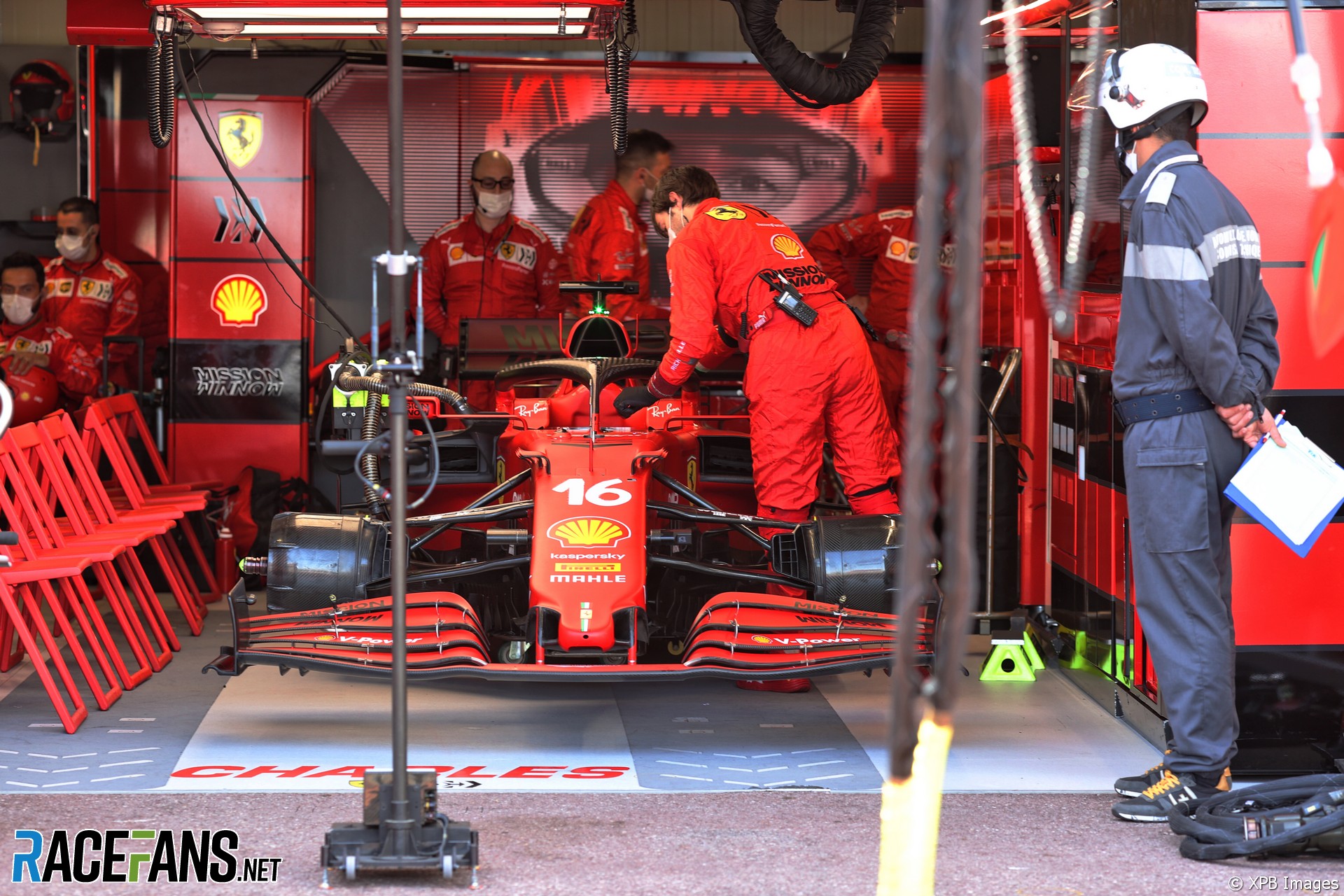 Ferrari has emerged “stronger” from its experience of losing a strong chance of victory in the Monaco Grand Prix two weeks ago, according to sporting director Laurent Mekies.

Charles Leclerc took pole position for the race, despite crashing at the end of qualifying. The team believed it had successfully repaired his car in order for him to take the start, only for a fault to develop on his reconnaissance lap before the race began. Ferrari was forced to retire his car.

The team subsequently admitted it had overlooked a concealed, damaged part on the left-hand side of the car, opposite to where Leclerc’s impact with the barrier had occured. Mekies said the team had drawn the lesson to improve its inspection procedure for future races.

“I think as a team we’ve come out of there stronger because we’ve learnt that the process that we have applied there, to assess whether the car was alright, should have been better,” he said.

“From the additions of all these steps – that can be a bad experience like the one in Monaco or a good experience when we over-perform somewhere – you just build slowly a better team and a stronger team. And we are fully focussed on that aspect.”

Ferrari hoped to avoid replacing Leclerc’s gearbox when repairing his car, as that would have incurred an automatic grid penalty. They did not change it and, as the part which failed was outside it, they could have continued to use the gearbox in Azerbaijan. However as Leclerc did not finish the previous race, he is entitled to take a new gearbox without penalty this weekend, and Ferrari have taken advantage of the opportunity.

Leclerc said he believed the team had checked the car as thoroughly as possible following his crash.

“I followed everything because obviously after the crash, I was quite worried about it,” he explained. “And they checked everything that was possible to check before Sunday, which is quite tricky, the times are short.

“They put the engine on, everything seemed to be completely fine. So I was quite confident, as the team was, to go on track and that everything was going to be fine.

“I did the first sector and everything felt good. But then it broke just before the tunnel, if I remember well, the rear-left hub. So then I understood straightaway that it will be quite difficult to make the start and we confirmed it once we were in the pits.”