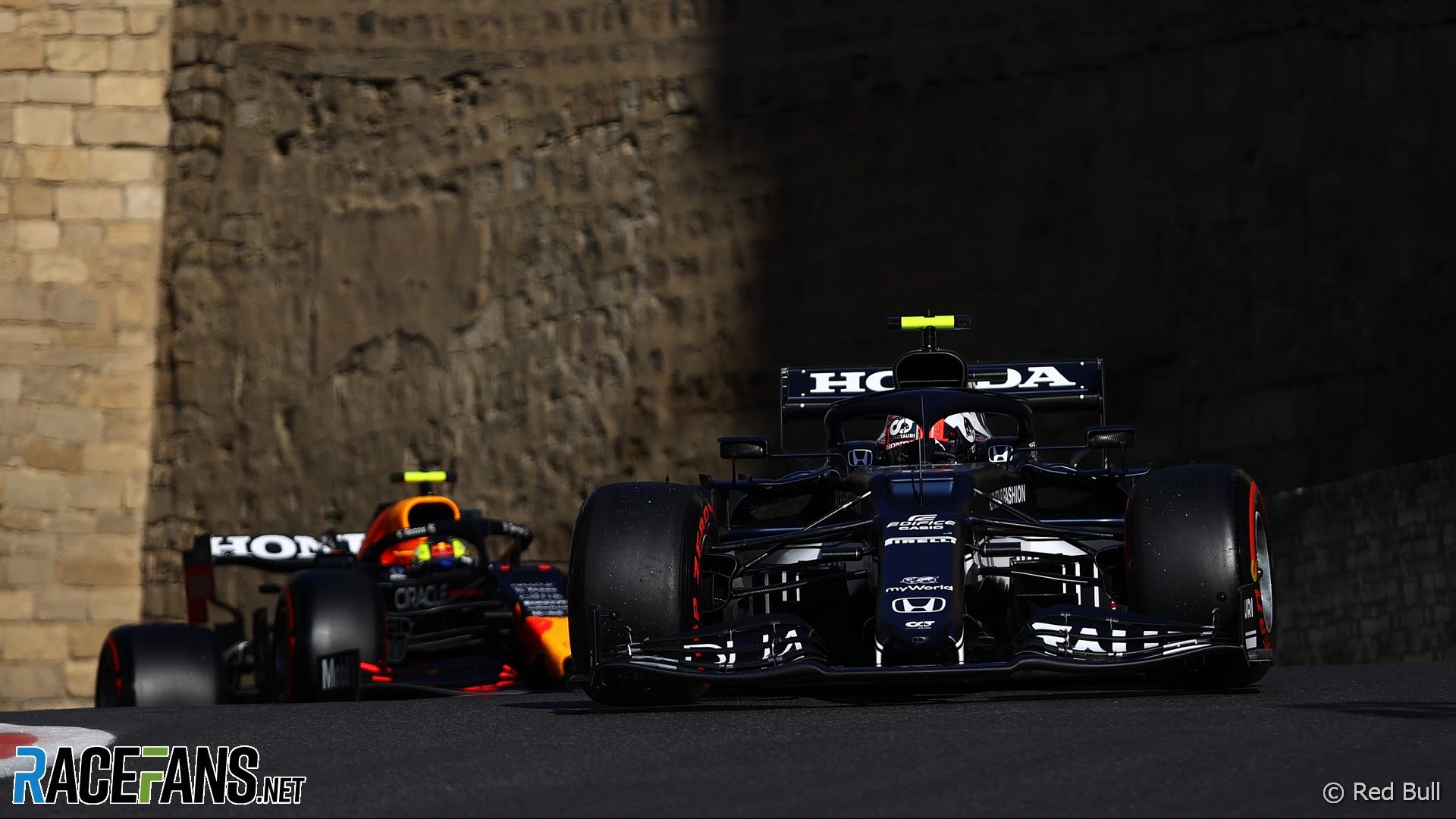 Pierre Gasly said he was “super-excited” about having the chance to contend for pole position after leading final practice for the Azerbaijan Grand Prix.

The AlphaTauri driver equalled the best starting position of his career by taking fourth on the grid for tomorrow’s race. He was only a tenth of a second slower than Lewis Hamilton’s second-placed Mercedes.

“It was an amazing day for us,” said Gasly. “P1 in FP3, I topped the session and then coming into quali, fighting for pole position with the Ferrari, the Mercedes and the Red Bull, which is something which [has] never really happened for us.”

Gasly was two-thousandths of a second away from beating Max Verstappen to third on the grid.

“I’m very, very pleased with our performance. P4, only a tenth away from the first row. Nothing to Max, which would have been nice to be in the top three, but that’s how it is.

“I think at the end of the day it was still a very, very strong lap and it put us in a fantastic position for tomorrow.”

Both AlphaTauri drivers reached Q3, though Yuki Tsunoda crashed at the end of the session. Gasly said his team mate should feel pleased with his efforts.

“He did very well. Especially building the pace session after session, I think he did very strong.

“This track is super, super difficult. We saw a lot of guys doing mistakes, crashing, touching the walls, going straight [on], even myself in practice. You’re just pushing the limits, such high speed, low downforce that it’s really easy to make a mistake.

“At the end of the day, I think he should be pleased with what he has done. And your first Q3 is always nice.”