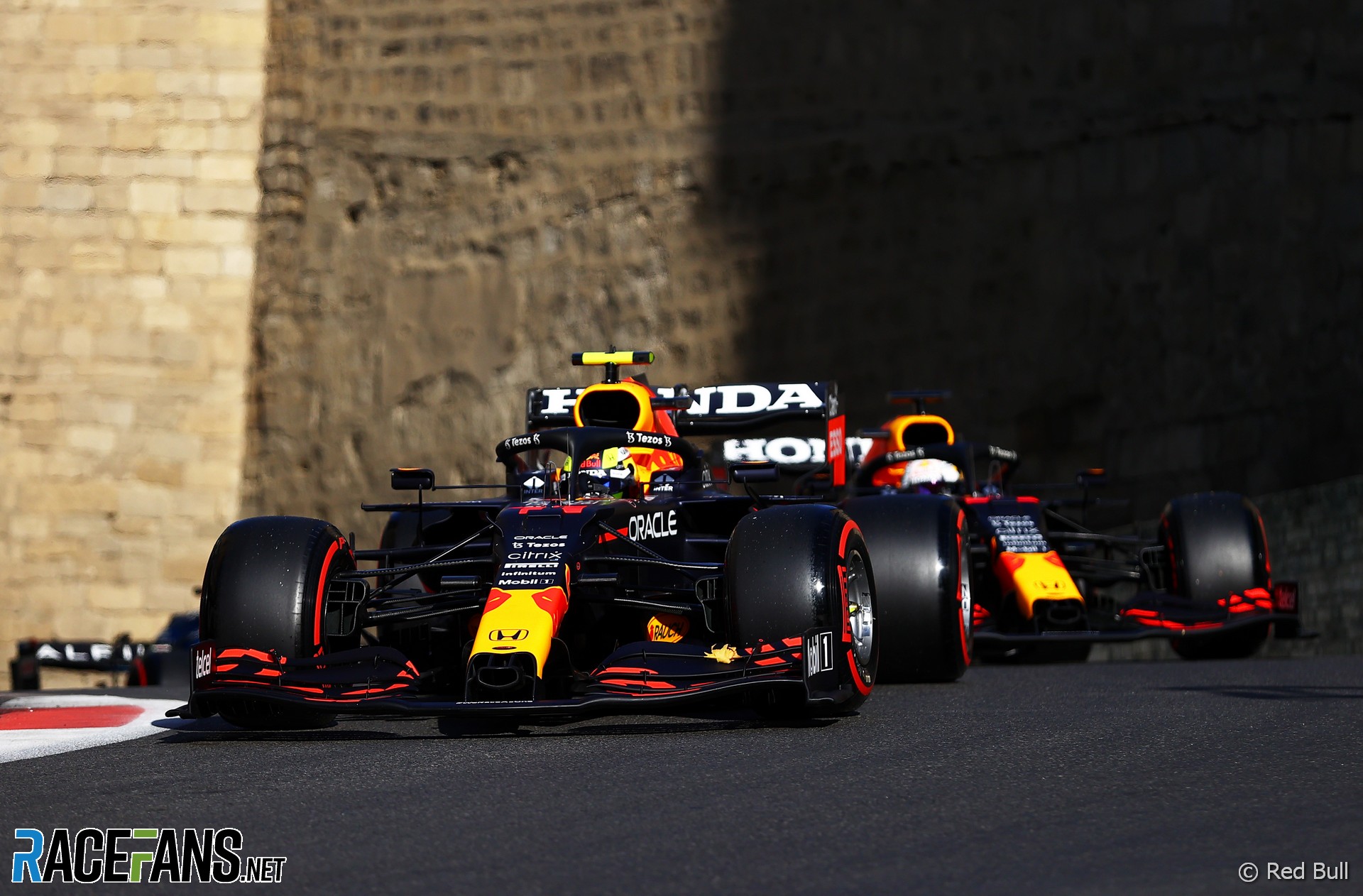 A frustrated Sergio Perez believes he could have taken pole position for the Azerbaijan Grand Prix until his weekend fell apart in Q3.

The Red Bull driver said he was “pissed off” after qualifying seventh for tomorrow’s race. He will start sixth due to Lando Norris’ grid penalty.

Perez was convinced he had a chance to score the first pole position of his career. “We’ve been strong all weekend,” he said. “We were, I think, P2 Q1, P1 in Q2 and Q3 really when it mattered it was a disaster.”

He said he was unable to find a good position to start his lap as all the cars in Q3 left the pits in a cluster as drivers tried to take slipstreams from each other.

“The track is so big but we just seem to – because we all want to be together – it’s a disaster,” said Perez. “In terms of track position Q3 was the worst that I had all weekend.”

“We all went at the same time,” he added, “people were creating gaps, but then other people overtaking, not respecting the gentleman’s agreement it just made things a bit harder.”

Perez admitted he hadn’t been able to put in a competitive lap time “when it really counted” after lapping almost three-tenths of a second slower in Q3 than he had in Q2. He ended the session almost seven-tenths of a second behind pole-winner Charles Leclerc.

“Today we should have qualified well ahead of where we are by putting that lap together,” he said. “That lap from Leclerc was probably a bit strong I have to say but other than that we had the pace to fight for the for the pole today.

“It’s not like Monaco where we were totally off, today we definitely had the pace to be much higher up. And we proved that, we proved it since practice one. I’m not too concerned. I think tomorrow it’s a long race ahead of us.”