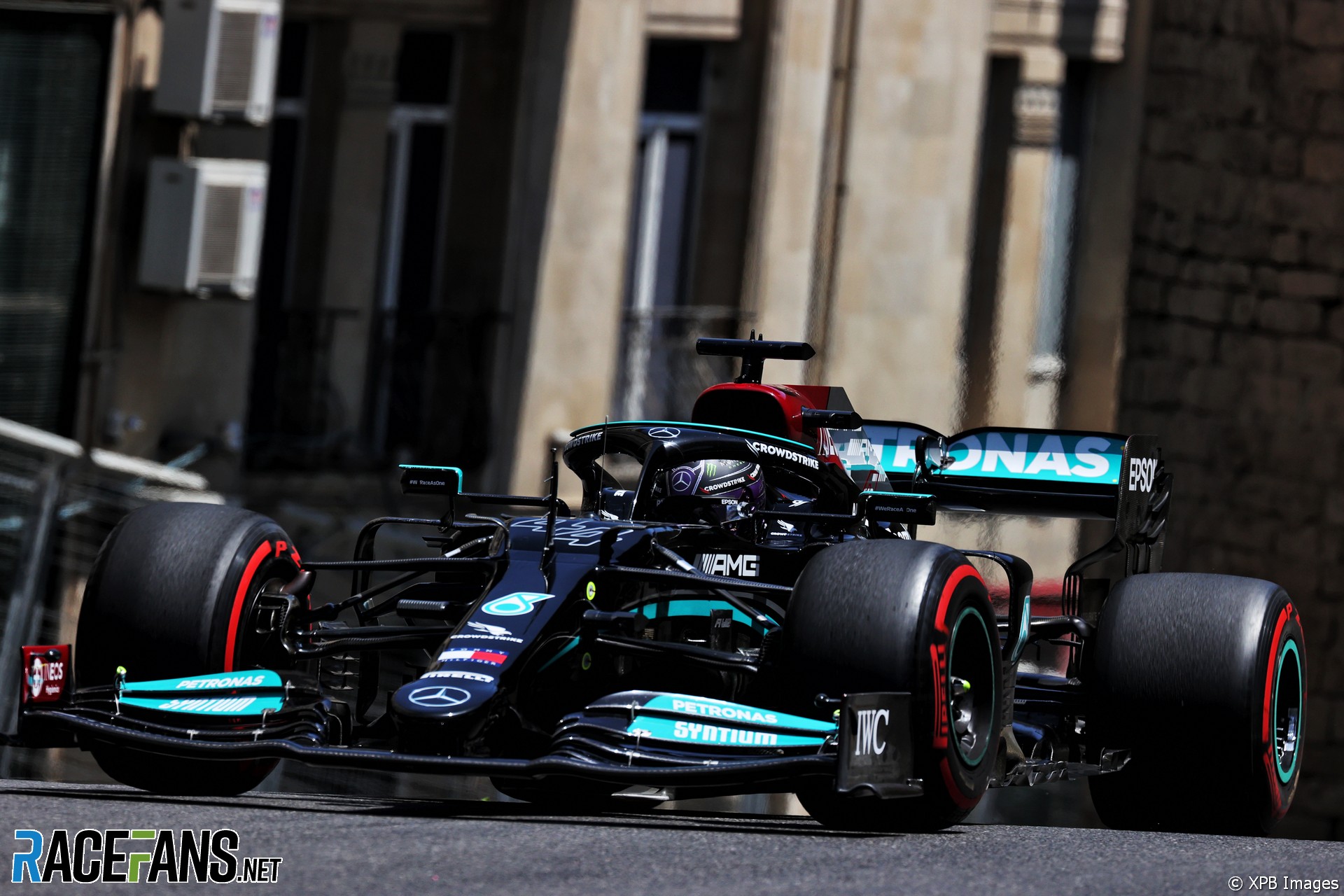 Lewis Hamilton said second place on the grid for the Azerbaijan Grand Prix was a “monumental result” after the team started the weekend on the back foot.

Mercedes ended Friday practice out of the top 10 at Baku City Circuit. Hamilton set the third-fastest time in final practice, but was aided by the slipstream of another car.

But after taking second place in a qualifying session interrupted by several red flags, Hamilton was delighted to claim a position on the front row.

“The lap was okay,” he said. “We definitely weren’t expecting that.

“This is such a monumental result for us because we’ve been struggling like you wouldn’t believe all weekend. You can see it. We kept our composure. We’ll continue to have difficult conversations in the background and challenging one another and just never taking no for an answer.

“We’ve moved around, made so many changes over these two days, chasing our tails. And it’s been so difficult but I think the work overnight and particularly between the sessions was amazing from the team and really proud of everyone for keeping positive. To be up there, to be so close to these guys, it’s a great, great start.”

The team had been over a second off Red Bull on Friday. Hamilton and team mate Valtteri Bottas have opted for different rear wing configurations for the race, and the other Mercedes will start from the bottom of the top 10.

“Trying to find the envelope for this car it’s the biggest challenge we’ve had in a long time,” said Hamilton. “Understanding what the car really wants, she’s not been happy all weekend, it’s been a bit of a disaster.

“So for us to be up here and even Valtteri getting into the top 10 is a massive relief and that’s just down to great teamwork.”

Having qualified one place ahead of championship leader Max Verstappen, Hamilton is hopeful Mercedes will be more competitive in the race.

“Our race pace is a lot better than our single lap,” he said. “We’re miles off in single lap and we’re a lot closer in race pace. We don’t understand why.

“I’d like to think hopefully we’re in the same position so we can take the fight to these guys tomorrow.”