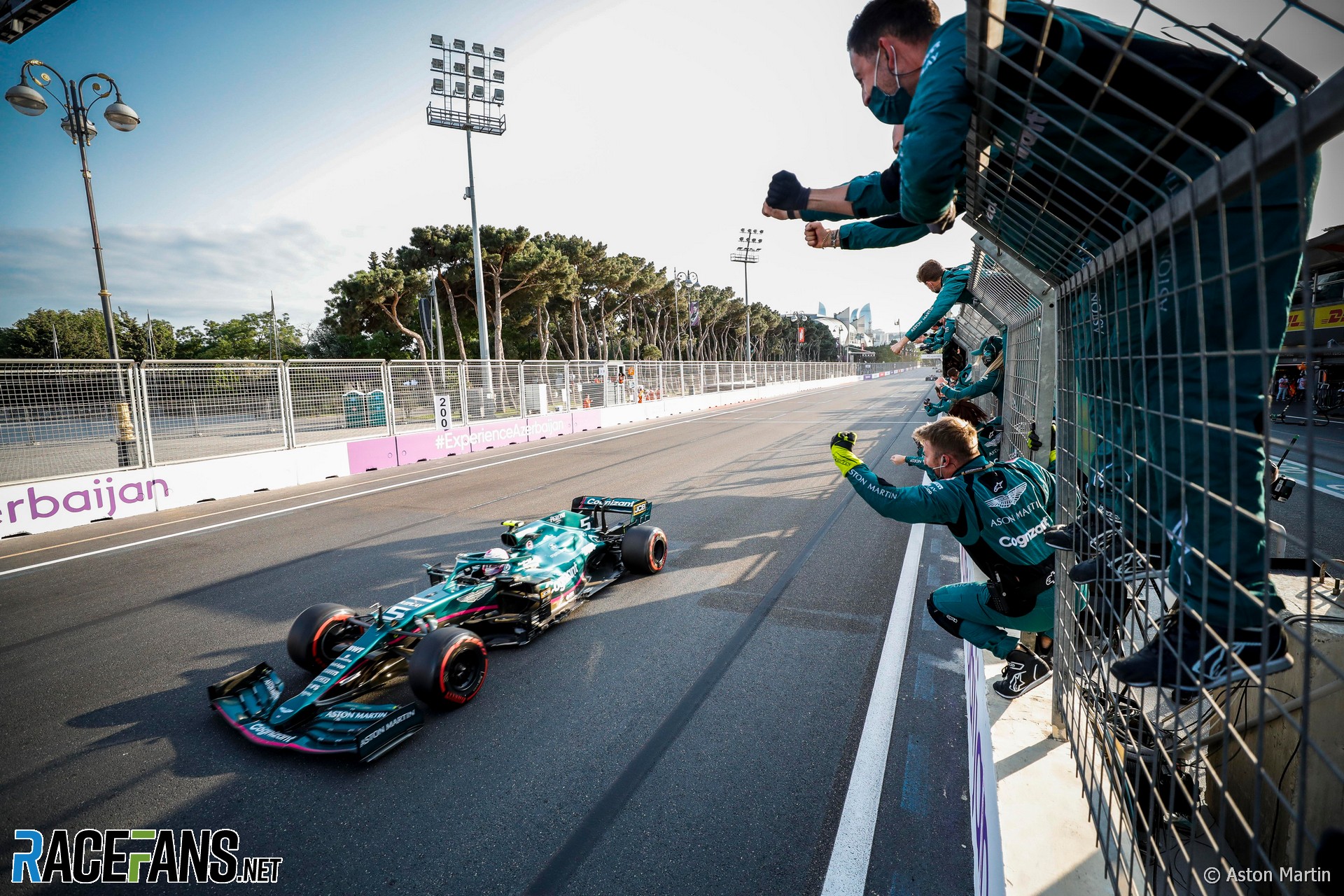 Sebastian Vettel described his pleasure at scoring Aston Martin’s first podium finish after his difficult start to the 2021 F1 season.

After finishing second by Sergio Perez, Vettel said “I didn’t have many expectations, to be honest, [but] I knew that the whole weekend I felt good.

“I knew we can score some points but I certainly didn’t expect second. The race was really strong.”

After failing to score in his first four races with the team, Vettel made a breakthrough at the previous round in Monaco, where he finished fifth.

His Azerbaijan Grand Prix weekend did not begin well as he missed out on reaching Q3 by a narrow margin. Vettel was unable to complete his final lap due to Daniel Ricciardo‘s crash.

Although frustrated at the time, that gave Vettel a free tyre choice for the race. He was able to take advantage of the starting speed of a new set of soft compound tyres, moving up two places to ninth on the first lap.

Aston Martin did not score a podium finish during their original, five-race run in F1 from 1959 to 1960. Vettel scored their first in the sixth race of their return to the championship. The team had four podium finishes last year, as Racing Point.

“I think it’s great for us,” said Vettel. “We had a very rough start to the season. We expected quite a bit more after such a strong year the team had last year. I can’t wait to get back to have a couple of drinks with the guys.”

“I think it’s always nice if you join a new team and get a good result,” he added. “I sat here on Thursday and I said that I’m in it to win and I enjoyed the race because I was getting closer and closer to the spots that I enjoy more and more.”