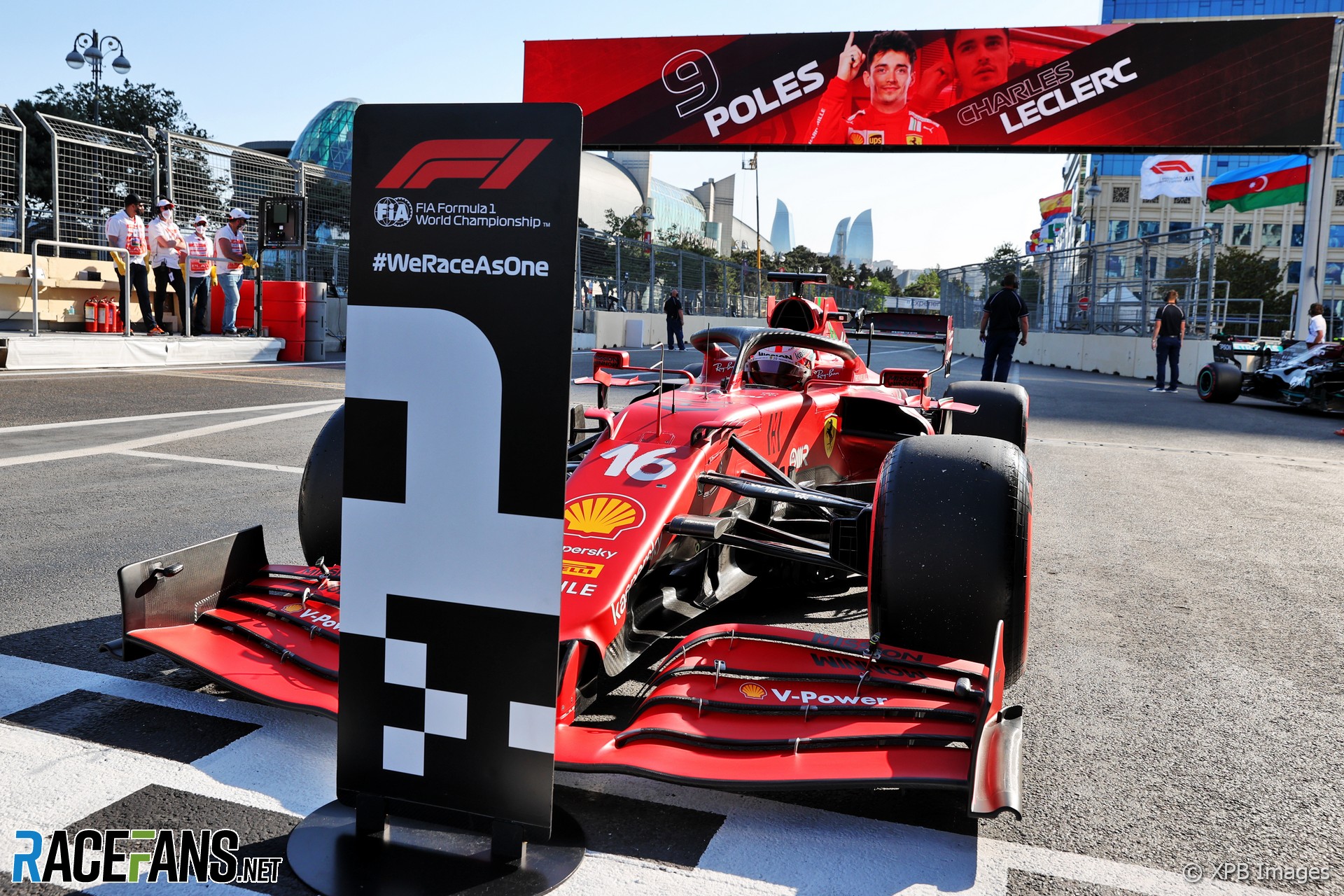 Ferrari sporting director Laurent Mekies says the team does not believe it will be quick enough to win the Azerbaijan Grand Prix despite Charles Leclerc starting from pole position.

Mekies believes their car was quick enough for the third row of the grid, but said they took advantage of a disrupted qualifying session to claim their second pole position in a row, with Carlos Sainz Jnr fifth on the grid.

“It was a very tricky session,” Mekies admitted. “I guess you can expect these sort of tricky sessions in street circuits like here but it really proved out to be very intense.

“Already from Q1 I think we had red flags every session, or nearly. I don’t think anybody has put in a perfect lap this afternoon. But it was important to put in good enough laps to go to the next step.

I think both Charles and Carlos had a very good pace. Probably better than what we had on Friday and Saturday. So it’s good to see that the team have progressed through the weekend to lift up our game in a track where we were not expecting to in such good conditions.

“So I think it’s a good feeling to get the second pole in a row. It’s good for the team, the team is very focussed developing every race, building up every race. And it’s good to get this sort of results to to constructing what we are trying to construct.”

Although Ferrari took pole position for the previous race in Monaco, Mekies said this weekend’s success is “a surprise for us.”

“We were not expecting to fight for pole and to actually get the pole here with the long straights,” he explained. “We went for quite a low level of downforce, so very different altogether car configuration to Monaco because you run obviously very maximum downforce and we run quite low here.”

Mekies admitted Ferrari are “under no illusion that the race is different picture” to qualifying and they are likely to face significant pressure from faster rivals. “Red Bull was flying on the long run on Friday compared to us,” he said. “Lewis as well.”

“We expect a tough fight tomorrow because we believe we will not have the pace to fight for the win,” he added. “So it’s going to be a defensive race.”