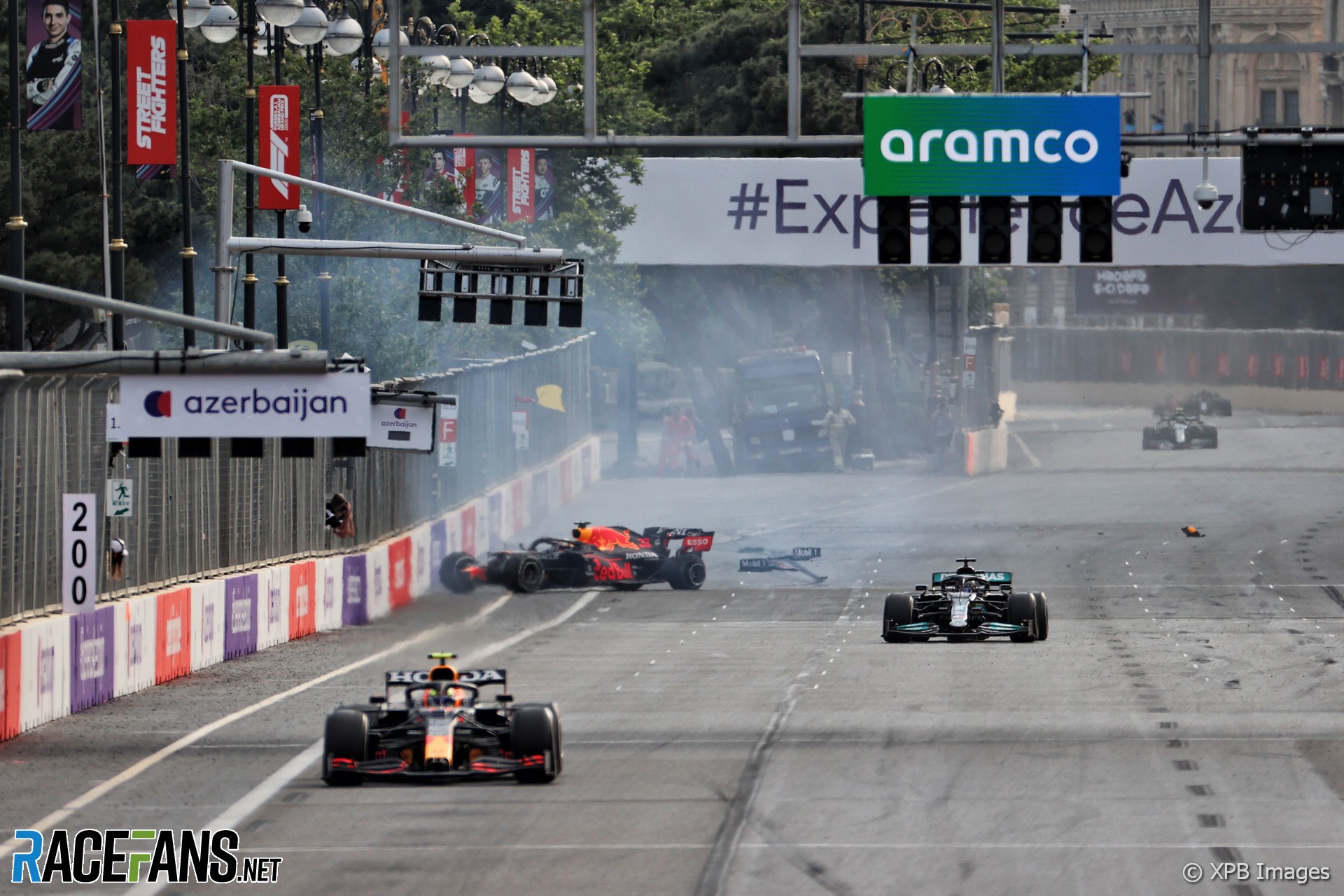 Lewis Hamilton was potentially at risk of a tyre failure similar to that which put two other drivers out of the Azerbaijan Grand Prix.

Max Verstappen and Lance Stroll both crashed out of Sunday’s race at high speed after suffering apparent failures on left-rear tyres. Pirelli’s head of Formula 1 Mario Isola confirmed Hamilton also had a seven centimetre cut on his left-rear tyre.

“Probably in the case of Lewis, the cut was not deep enough to cut the construction, so he was lucky because of all of that,” said Isola. “And in the case of Max and Lance, there was an air loss and therefore a failure.”

Isola confirmed the damage to Hamilton’s tyre was discovered when the race was stopped following Verstappen’s crash.

“We found a cut on the inside shoulder of a rear-left tyre used by Lewis Hamilton in the same stint,” he explained. “The cut was quite deeper and bigger, probably six or seven centimetres, but not cutting the construction. So the tyre was still in one piece.

“When there was the red flag and Lewis came to the pit lane and changed the set of tyres, we have been able to find the cut in the tyre.”

Mercedes team principal Toto Wolff confirmed they had observed the damage to Hamilton’s tyre but said they would “wait for the analysis of what it was.”

“I don’t want to point the finger at anybody,” he added.

Pirelli is beginning an investigation into the failures which put both Verstappen and Stroll out of the race.