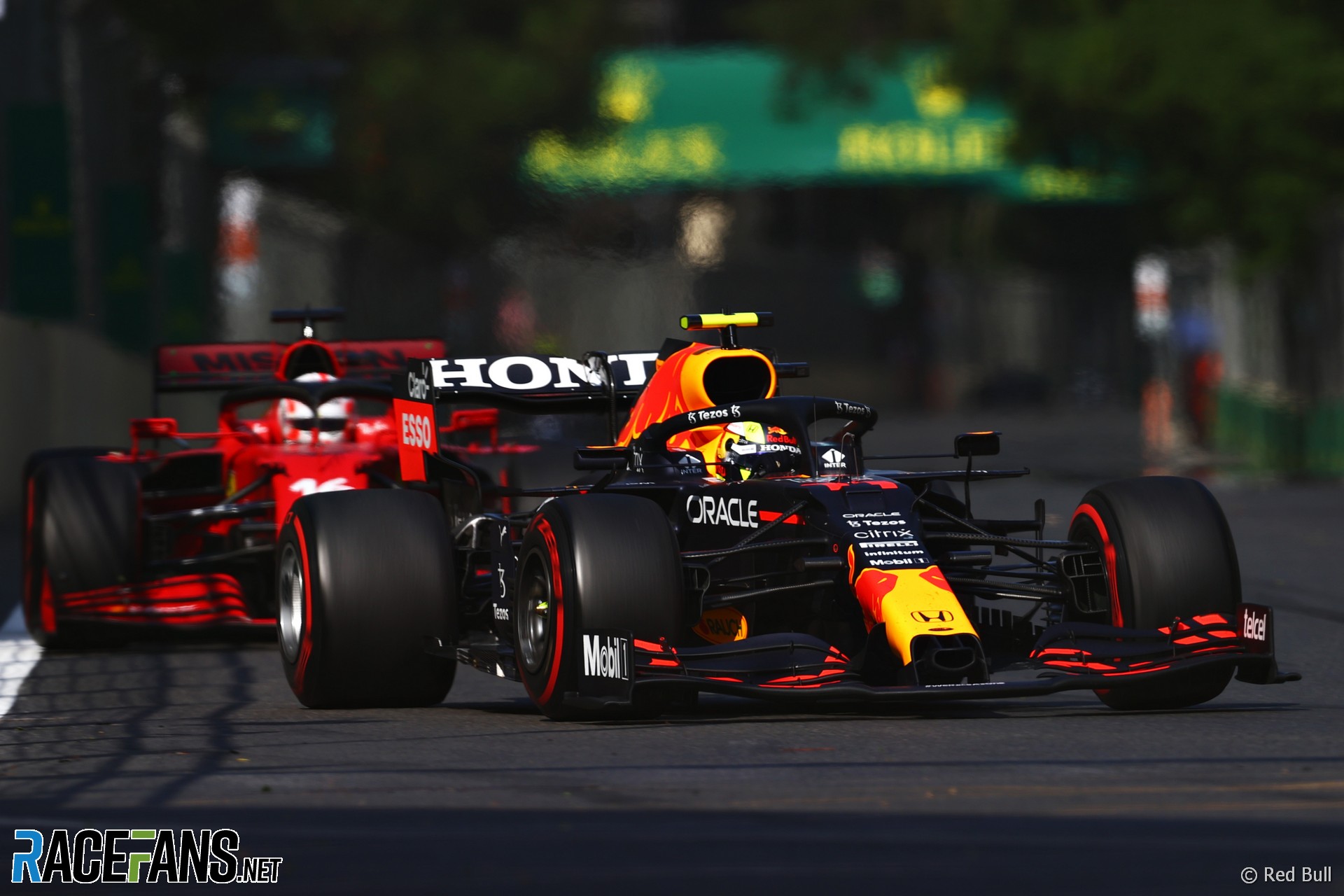 Azerbaijan Grand Prix winner Sergio Perez revealed he almost didn’t finish the race as he was managing a problem after the restart.

Perez inherited the lead after team mate Max Verstappen suffered a race-ending due to an apparent tyre failure. The race was red-flagged and restarted for a final, two-lap sprint.

Reflecting on his second F1 victory, Perez said “I’m so, so happy for today. The race – even normally Baku is pretty crazy.

“First of all, I have to say, I’m very sorry for Max because he did a tremendous race and he really deserved the win. It would have been incredible to get that one, two for the team.

“But at the end it is a fantastic day for us.”

After passing the chequered flag, while celebrating with his team over the radio, Perez’s engineer interjected to tell him to immediately stop his car and park at the end of the pit lane.

He said it was such a critical issue that it could have ended his race early, as well as his team mate’s. “We were close to retiring the car.

“But luckily, we managed to finish the race and really, it was quite difficult on the way to the end.”

“He was nursing a hydraulic issue,” said Horner. “We were really concerned that the car wouldn’t get to the end of the race which was why he stopped after the chequered flag.”

“[We were] just praying that hyraudlic pressure that we were all glued to the last few laps just stayed there,” he added.

Perez spent much of the race providing cover for Verstappen ahead, battling with Lewis Hamilton to keep the Mercedes driver behind.

Hamilton had a slow pit stop that lost him the lead to Verstappen, then Perez – who might have otherwise taken the lead earlier in the race – had his own slow, 4.3 second pit stop that put him out only just ahead of Hamilton and forced him to spend the laps until Verstappen’s crash defending. “He had very strong pace throughout the race.

“I think we had a bit of a slow stop as well. So the overcut came a bit closer to him and he just pushed me from that lap onwards. I had the pressure from him pretty much since the beginning.”

Perez lost Hamilton on the restart, when the seven-time world champion went straight on into runoff at turn one. “I had a poor start so he was alongside me, but I was like, I’m not going to miss it’, you know.

“I braked as late as I possibly can and he did the same but it didn’t work for him. At least it’s a good day for the team.”