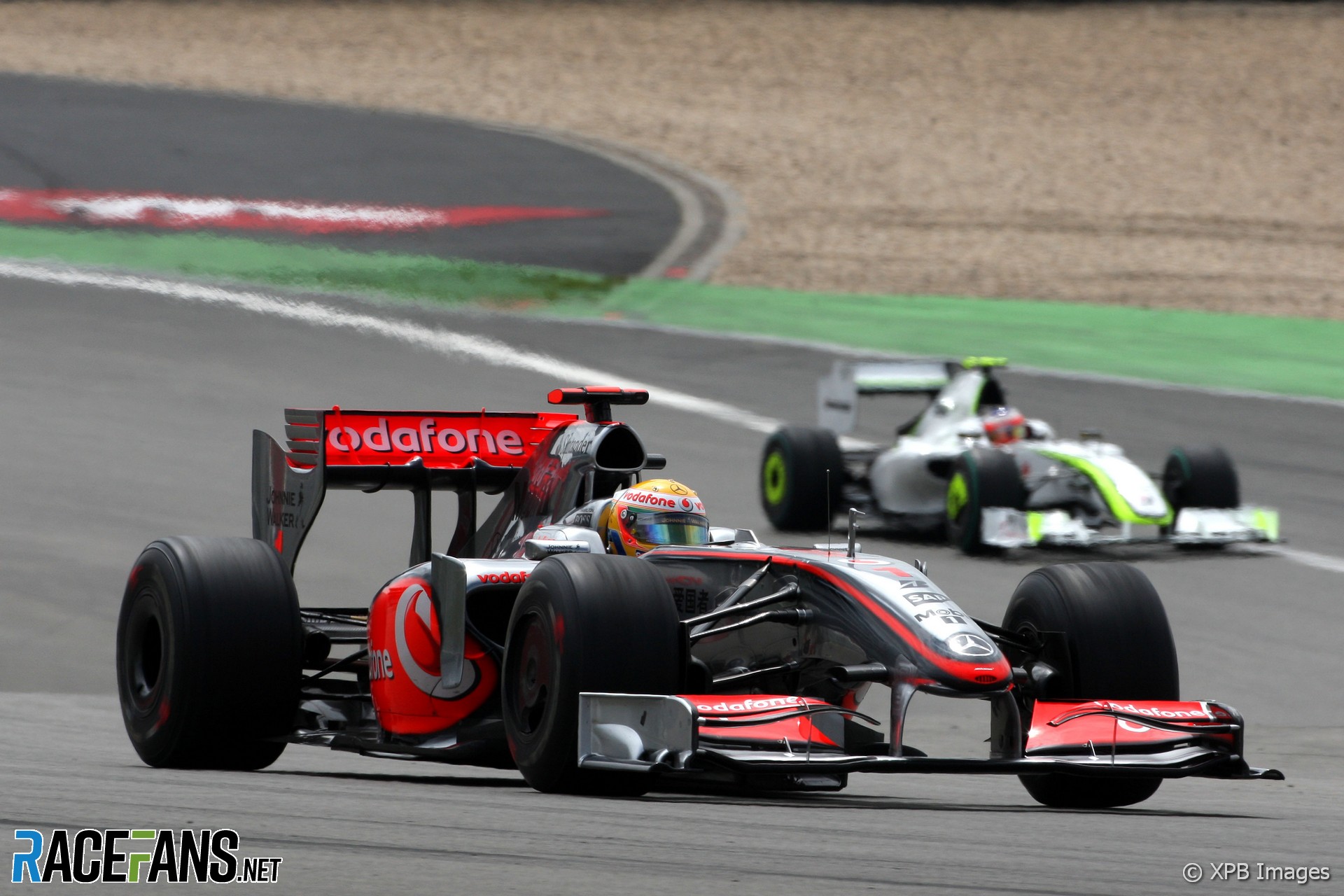 With half-a-dozen laps remaining in the Azerbaijan Grand Prix, Max Verstappen looked on course to take his third win of the year, and draw level with title rival Lewis Hamilton on three victories so far this season.

But he was cruelly denied by a tyre failure, and left the race point-less. He didn’t even get the fastest lap bonus point, despite setting the quickest time during the race, as he didn’t finish in the top 10.

As the race restarted for a two-lap sprint to the flag, Hamilton was momentarily poised to maximise the damage to the Red Bull driver’s title hopes, as he lined up to pass Sergio Perez for the lead. But the Mercedes driver slithered wide at turn one, and the entire field passed him, meaning he also ended the day without adding to his points tally.

Perez therefore claimed the second win of his career and joins the exclusive club of drivers who won more than one grand prix but have never started a race from pole position. Eddie Irvine and Bruce McLaren lead this group with four wins and zero poles, though Verstappen took five wins before he claimed his first pole position.

Hamilton’s demise meant he took the chequered flag in 16th place, though he was classified one place higher thanks to Nicholas Latifi’s penalty. Even so, this was his worst finishing position for 12 years, when he took 18th at the Nurburgring.

Only on one other occasion has Hamilton crossed the line in a lower position than he did on Sunday. He took 16th at his home race, again in 2009 with McLaren’s uncompetitive MP4-24. He was classified 19th in the 2012 European Grand Prix, but was not running at the end, having tangled with Pastor Maldonado.

With Valtteri Bottas also out of the points in 12th, Mercedes’ 55-race run of consecutive points finishes came to an end. This is the joint-fourth best in F1 history, tied with Ferrari, who also hold the record with 81 in a row over 2010 to 2014. Mercedes’ best is 62, running from Brazil 2012 until Hamilton and Nico Rosberg took each other out on the first lap in Spain in 2016.

Mercedes have scored just seven points in the last two races. This is their worst run since Hamilton signed for them following the 2012 Singapore Grand Prix, when the team went point-less for the next five races, then took six points at the season finale in Brazil.

The Baku City Circuit cemented its reputation for variability. None of the three drivers on the rostrum had stood on the podium in any of the previous five races.

Even more remarkably, the Azerbaijan circuit has seen a different driver win, set pole position and record fastest lap in each of its five world championship rounds so far:

Perez gave his former team, previously known as Racing Point, some excellent results at this track, including third places in 2016 and 2018. His replacement followed him home in second, scoring the first podium finish for the team’s new identity as Aston Martin. The brand did not score a podium during its original F1 incarnation in 1959-60.

With Gasly third on the grid, this was the second race in a row in which no works Mercedes driver finished on the podium. That has never previously happened in the V6 hybrid turbo era; you have to go back to the final two races with V8s at the end of 2013 for the last such occasion.

Perez also achieved a first under the current engine rules. No other driver has won races with more than one team or engine supplier in this time. He previously won the 2020 Sakhir Grand Prix in a Racing Point-Mercedes.

This was the third time in six rounds Verstappen has led more than half the race without winning. He did so in Bahrain and Spain as well. Remarkably, had he led one more lap on Sunday, he would have spent a total of three times as many laps in the lead as Hamilton has so far this year – yet the Mercedes driver still has one more victory this year. Verstappen has led two-thirds of all laps raced in 2021, yet won just one-third of the races.