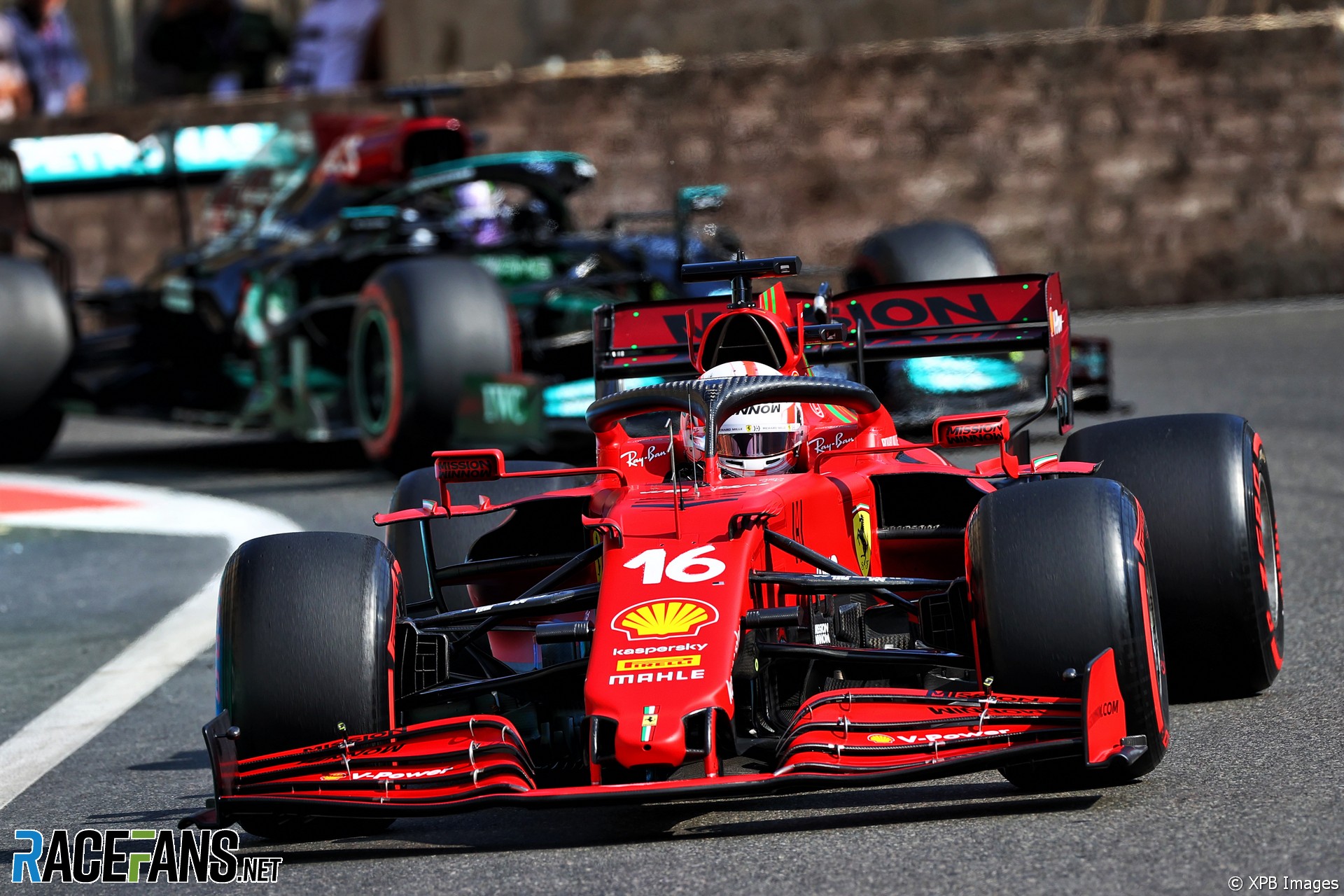 Charles Leclerc revealed he lost the lead of the Azerbaijan Grand Prix to Lewis Hamilton after backing off because he had cut a corner.

The Ferrari driver led the opening laps of Sunday’s race from pole position but was passed by Hamilton as lap three began. Leclerc revealed he had slowed down intentionally after cutting a corner due to debris on the circuit.

“There was like a part of a tree in the middle of turn 15,” Leclerc explained. “And there I actually lost quite a bit of time because I cut the track.”

Hamilton, following closed behind, did not cut the corner. Leclerc was concerned he could be penalised for leaving the track and gaining an advantage if he did not slow down.

“I was a bit worried to gain time on Lewis behind, that hadn’t cut the track. So I slowed down and then he overtook me.”

Losing that position to Hamilton began a domino effect for Leclerc, who was passed by Red Bull drivers Max Verstappen and Sergio Perez soon afterwards.

“From then on it was quite difficult because then I was behind Lewis, in dirty air, [and] I struggled a little bit,” said Leclerc. “As soon as I lost the DRS Max overtook me and then you are just in a vicious circle that is very difficult because I had cars all around me that had a bit more pace than I did.”

Leclerc, who went on to finish fourth, said it was inevitable the Mercedes and Red Bull drivers would pass him.

“I struggled a little bit, then I recovered a little bit of pace, but then we decided to stop early to go on those hard tyres. But there was nothing that was unexpected in these first few laps because we expected Mercedes and Red Bull to be a bit stronger anyway.”