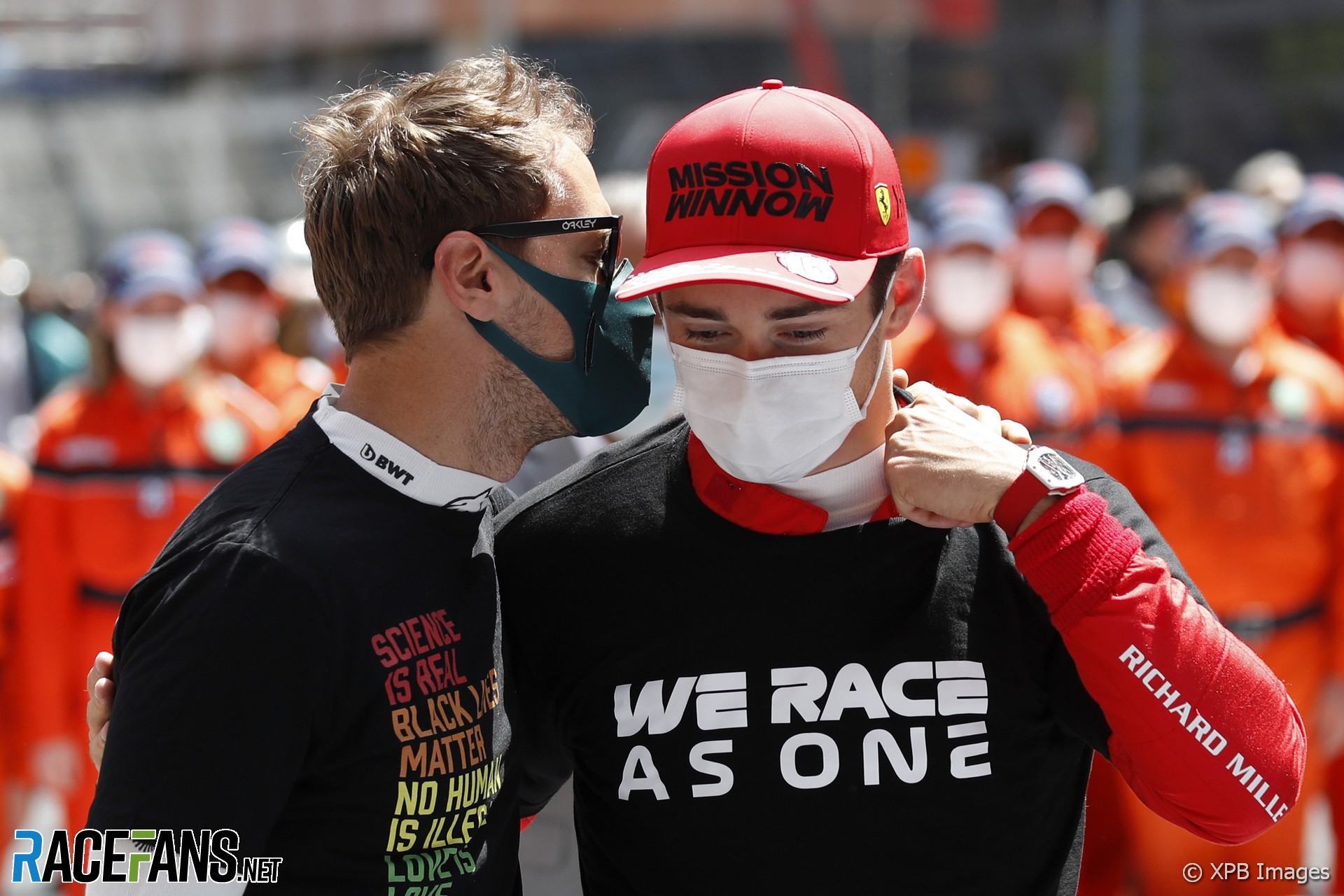 Leclerc pleased for Vettel and Gasly in Baku

Despite finishing behind Vettel and Pierre Gasly on Sunday, Leclerc said he was pleased for both of them, and eager to understand how Aston Martin had suddenly made a step forwards.

“I think the biggest two surprises of today are the two Aston Martins that were flying and this we honestly did not expect,” said Leclerc after the race. “So we need understand to what they’ve done right because they’ve definitely done something right.

Leclerc said his main priority in the race was ensuring his kept McLaren’s Lando Norris in his mirrors. “I knew I had Lando just behind and I don’t want to take too much risk because at the end he is our main competitor,” he said. “So it was it was a good race overall.”

Sebastien Bourdais revealed his Foyt team had to take a conservative approach for the Indianapolis 500 after he was involved in two crashes on consecutive days in a “dismal weekend” in Texas. Bourdais was taken out by rivals in both races on the super-speedway, the second of which occured as Sunday’s race started.

“That definitely set the tone a little bit for a bit of a more conservative 500,” Bourdais admitted yesterday. “When you’ve pretty much already wiped out your crash budget in a matter of 24 hours, I think we all felt very conservative, maybe a little bit too conservative, in quali trim and everything.”

One Covid-19 case among F1 contingent in Baku

The FIA and Formula 1 confirmed 4,630 tests for Covid-19 were conducted on personnel associated with the race in Azerbaijan, of which only one was found to be positive.

Among the five teams in the bottom half of the constructors championship table, only one of their 10 drivers has reached Q2 at every race weekend this year: @GeorgeRussell63 of @WilliamsRacing, who are last in the standings. #F1 #AzerbaijanGP pic.twitter.com/lAIgqqAXqE

UK – An average audience of 120,000 viewers watched the @IndyCar #Indy500 on @SkySports, including build-up (via BARB/Thinkbox).

"One of the things with street circuits is that debris can often be a problem. We need to stay calm."

"Basically, I like to make a mess with carbon fibre... which means I tend to get glue and carbon dust all over my uniform when we’re grinding and using glue! I have several holes in my t-shirts, but that’s life!"

Can Formula 1 do more to reduce the risk of debris damaging tyres, asks Nitzo:

Both crashes were high speed and dangerous and steps will have to be taken to avoid them as much as possible.

If they were indeed caused by debris on the track, then the first question on everybody’s mind is why weren’t those pieces of debris spotted earlier? And if they were tiny enough to not be spotted through the video feeds from the camera, then can something else be done? Can we have better track monitoring equipment if possible? Et cetera…

I think all the stakeholders – drivers, teams, FOM, FIA – will have to come together on this and find a way out.
Nitzo (@Webtel)