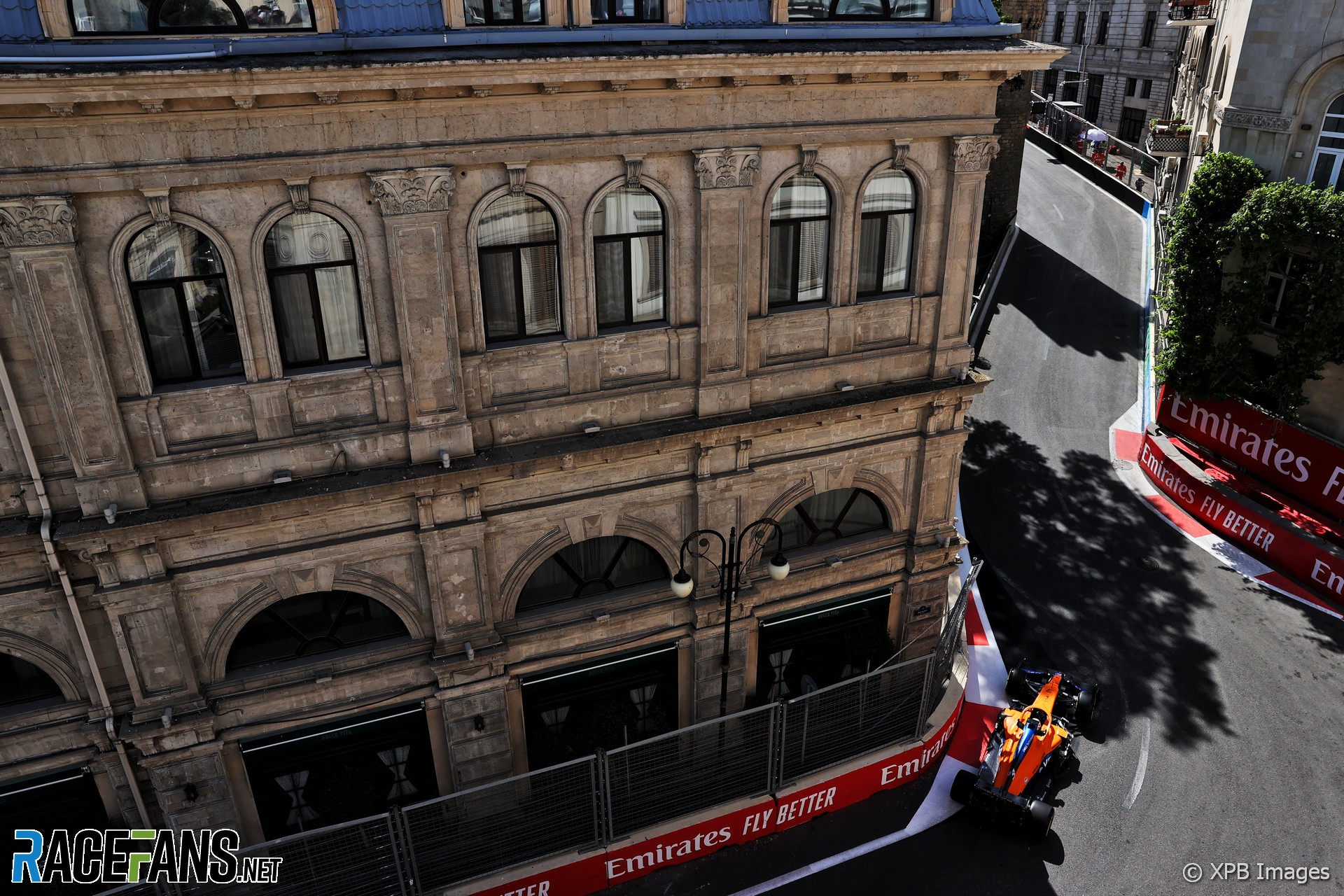 In the round-up: Daniel Ricciardo is eager to race on a more forgiving circuit again after an incident-filled race weekend in Baku.

McLaren driver Ricciardo, who crashed during qualifying last weekend, said after Sunday’s race he is eager to drive on some more conventional tracks over the coming weekends.

“I think to get points after yesterday, just to get the laps in and to continue to circulate and learn a bit more, it was positive,” he said. “So we’ll roll on. I’m looking forward to a triple-header and some conventional tracks, ones that don’t bite as much.”

The French Grand Prix at Paul Ricard is the next round on the calendar. “Paul Ricard, I kind of feel like I’ve criticised that place for being too open in the past,” said Ricciardo.

“But I think after Baku a few of us will be glad that we’ve got some run-off. So I look forward to three on the bounce, I think I need it at the moment just to keep in the car, keep in the rhythm.”

The first renderings of the pit buildings at the new Jeddah Street Circuit have been revealed.

The 280-metre long, four-storey structure will house the team garages, race control, Paddock Club and other facilities at the inaugural Saudi Arabian Grand Prix in December.

Conor Daly, who led more laps than anyone in last month’s Indianapolis 500, spent time talking with Romain Grosjean during the event. The Coyne driver sat out the race, as he did the previous other oval rounds, but will be back in action for the remaining road and street events, and has indicated he could enter the final oval round too in Gateway.

“Talking to him, the biggest thing that I notice is that he hates watching,” said Daly. “He’s like, ‘I can’t wait to get back in it’. You know what I mean?

“I think there was something, the Indy 500 did look pretty cool. I was like, ‘Yeah, man, it’s pretty cool, maybe you should try it out some time.’

“Who knows what will happen there. But he’s a good dude. I think he’s enjoying it. He’s embracing it as much as possible, which is really, really cool.”

Asked about Wolff’s remark that Mercedes need to beat on their ‘A-game’ to beat Red Bull, Horner remarked: “A lot’s been made of Toto’s comments this weekend. He’s never afraid to roast his team so publicly, which I disagree with. But that’s his prerogative.”

It says a lot about how ridiculously over-complicated #F1's rules are that nearly 48 hours after the race its official social media channels are mis-crediting Verstappen with a bonus point for fastest lap.

Domenicali: The man with Formula 1's future in his hands (BBC)

"Floating the idea in a meeting with the drivers last weekend, Domenicali likened these events to tennis' grand slams. But the new-format races would not be called that, he says; it was just a term he used to give a sense of 'the idea of the project'."

"This car famously launched the career of seven-time world champion Michael Schumacher who drove this car at the Belgian Grand Prix in 1991 – his first ever grand prix."

Should Sunday’s races have been red-flagged after Stroll’s crash?

However, it does look like that there was a lot of debris on the track after Stroll’s crash or even before the incident. I think we need to do a better job of cleaning the tracks while a race is going on. I’d rather red flag the session if there is too much debris to be safe.
@Krichelle