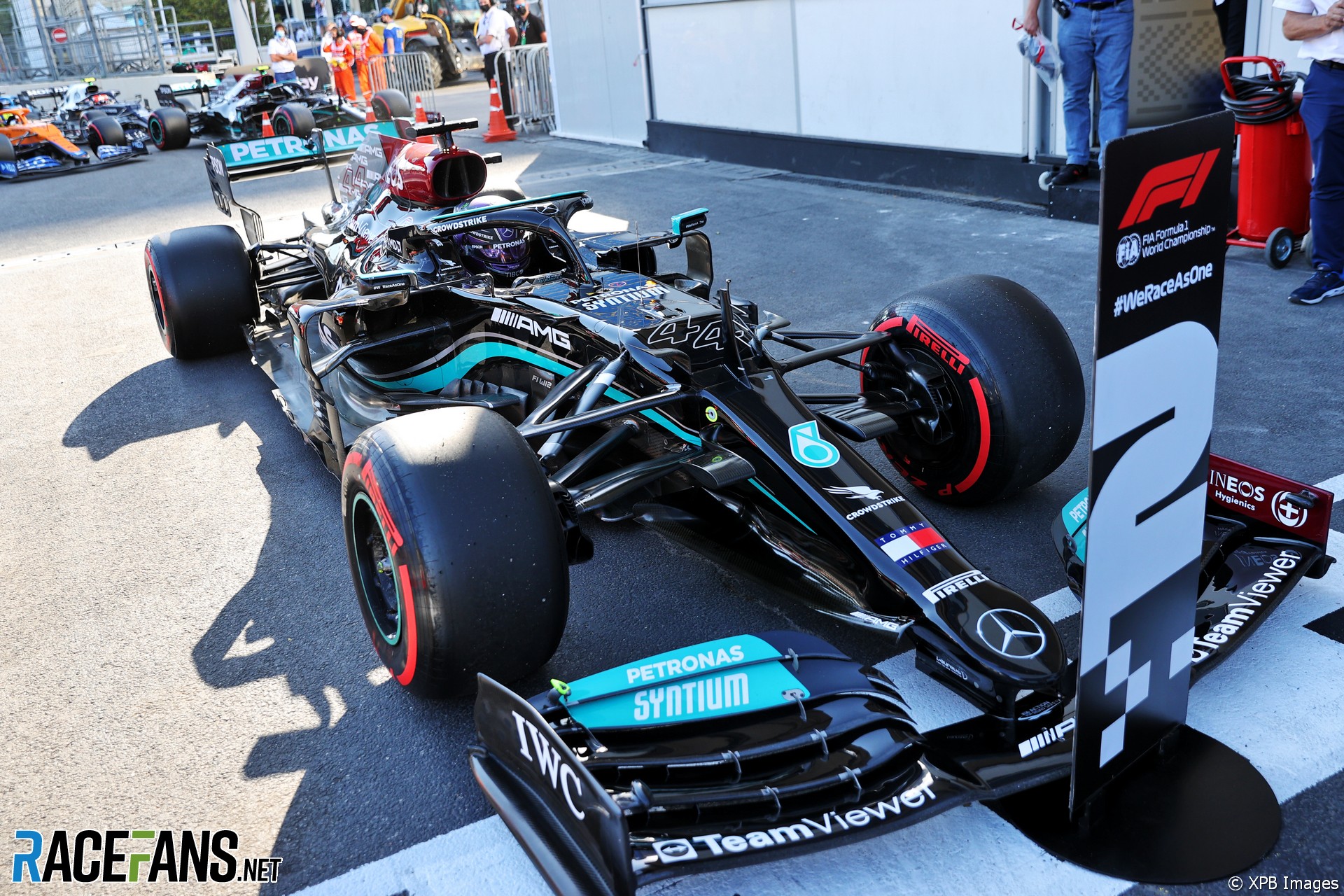 Lewis Hamilton has questioned how the increasing weight of Formula 1 car squares with the sport’s stated aim of becoming more sustainable.

The minimum car weight set by the rules – including the driver – will rise to 790kg for the 2022 F1 season. That represents an increase of 38kg from this year’s cars and a 50kg rise over the last three seasons.

Hamilton said the increase baffles him. “I don’t understand particularly why we go heavier when there’s all this talk about being more sustainable, the sport going in that direction,” he said.

Formula 1 has set itself the target of being a net zero producer of carbon by 2030.

By 2022, F1 cars will weigh 100kg more than their 2014 counterparts, at the start of the turbo hybrid era. Some of the weight increases can be accounted for by safety measures, such as the halo, introduced in 2017, which weighs around nine kilograms.

Hamilton said that he could not see a sporting justification for the increases, as well as on sustainability grounds. “The lighter cars were more nimble, were nowhere near as big, naturally and so racing, manoeuvring the car was better.

“On the tracks we’re going to, they’re getting wider, like [Baku] is quite wide and in places, of course it’s narrower, in other places. But Monaco was always relatively impossible to pass – now the car is so big that it’s too big for the track.”

Hamilton has previously raised concerns about F1’s rising car weight and the increasing demand it places upon brakes and tyres.

“As we get heavier and heavier, that’s more energy we’ve got to dissipate, bigger brakes, more brake dust, more fuel to get you to the location, and so on,” he said last weekend. “I don’t fully understand it.”

Next year’s Formula 1 cars will weigh around one-fifth less than their all-electric Formula E counterparts. The current, second generation, Formula E chassis weighs almost a ton, up from 903kg when the championship begin in 2014.