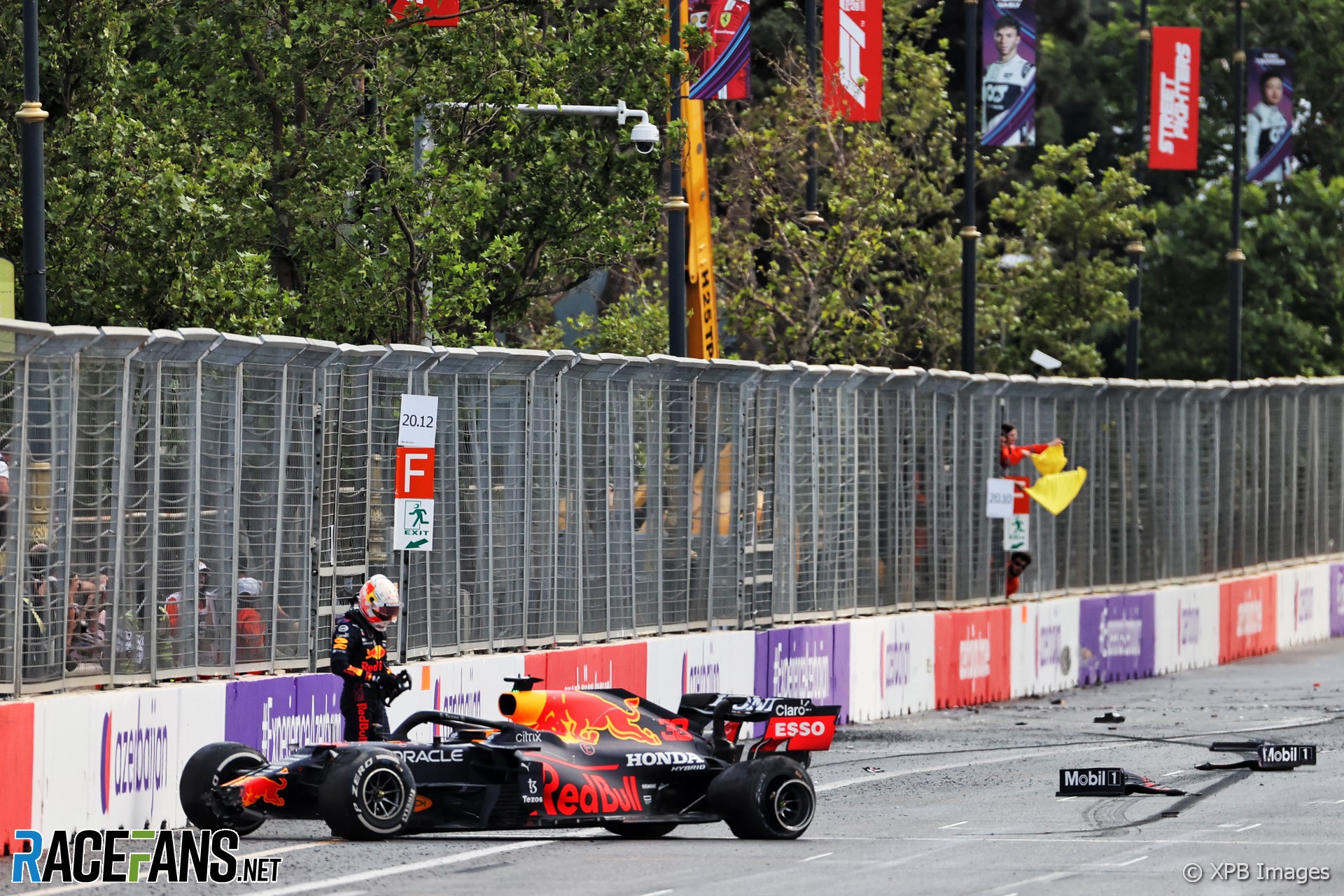 Lewis Hamilton says Pirelli were not to blame for the failures which put two drivers out of the last race in Baku, and called for F1’s new tyre restrictions to be strictly enforced.

Max Verstappen and Lance Stroll crashed out of the Azerbaijan Grand Prix after suffering left-rear tyre failures during the race. Pirelli subsequently affirmed both teams had run in accordance with their minimum starting pressures.

However, a new technical directive has been introduced this weekend to ensure teams comply with minimum pressure limits during sessions as well.

One of Hamilton’s tyres was also found to have sustained a cut during the race, but did not fail. The Mercedes driver said he does not believe Pirelli were to blame for the failures which occurred.

“Whenever there is a failure, they always put the pressures up. So that tells you something, more often than not that the tyres are not running at the pressures that are being asked.

“We didn’t have a problem with our tyres and I think they’ve done a great job with the tyres this year, they’re more robust than before. And in this particular instance, I don’t think Pirelli are at fault.”

Hamilton previously called attention to Red Bull’s usage of its tyres, questioning why they removed the blankets over half a minute before Max Verstappen’s qualifying run at one race, a practice which is outlawed by the new technical directive. He called for vigilant enforcement of the new rules.

“At the end of the day, safety is is always the priority. And for me and for my team, there have been clear rules and guidelines as to where we have to operate. So I was very surprised, naturally, to see that they had to clarify those, which obviously you can take what you want from that. But I’m happy that they have acknowledged that they need to clarify it.

“I think what’s really important from now is how they police it because they’ve not been policing how the tyres are being used, tyre pressure, tyre temperatures, and we need to do better. It’s great that they’ve done a TD, but it’s the action now. We need to see them really follow through and be really vigilant to make sure that it’s equal across the field.”

66 comments on “Hamilton: Pirelli not to blame for Verstappen and Stroll’s tyre failures”