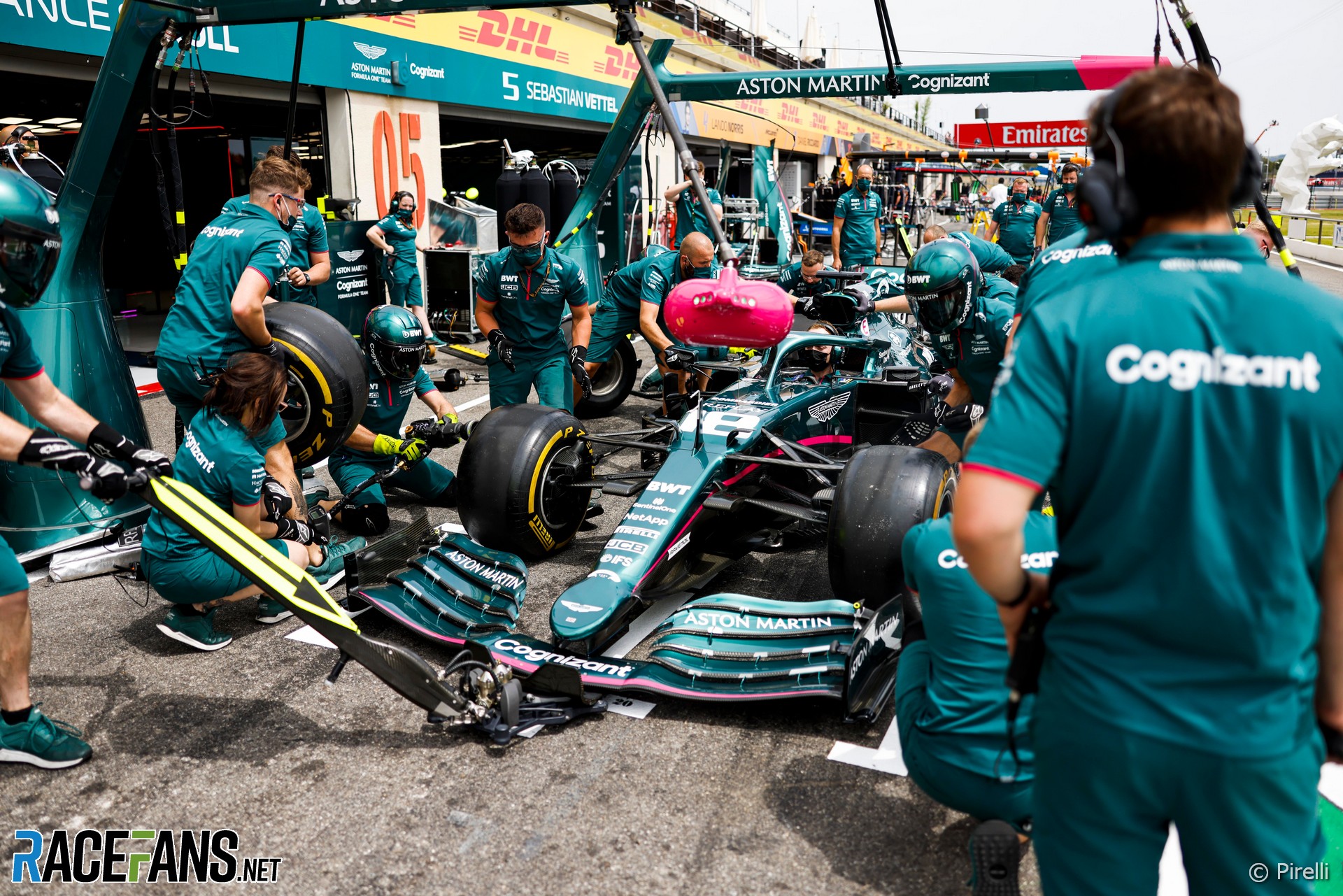 Pirelli has increased the minimum starting tyre pressures for the French Grand Prix and detailed several new restrictions in line with updated rules which come into force this weekend.

The changes follow the failures Max Verstappen and Lance Stroll experienced during the Azerbaijan Grand Prix two weeks ago. Pirelli confirmed these occured because their tyres were running at lower pressures than was expected based on the starting tyre pressures which were set for the event.

From this weekend Formula 1 teams will be subjected to new tyre checks conducted when the rubber has cooled, and also once it has been re-heated. Pirelli has issued a “cold pressure cooling curve” for the first time, which indicates what minimum pressures each tyre should achieve at a range of temperatures.

The minimum starting pressure for rear tyres for the race has been adjusted. On Monday Pirelli specified a minimum of 19.5psi for this race, which has been raised to 21.5psi. The minimum pressure for front tyres remains at 21psi.

The minimum re-heat pressure for slick tyres – which has been set for the first time this weekend – is 0.5psi lower than the starting pressure for both axles. The expected stabilised running pressures are no less than 22psi for the fronts and 22.5psi for the rears.

The tyres drivers use to set their quickest lap time in the final stage of qualifying they reach, and all sets used in the race, will be selected for cold pressure checks and potentially re-heat pressure checks.

Pirelli’s head of motorsport Mario Isola said that, in retrospect, the rear tyre pressures should have been increased by “probably another couple of psi, 1.5 or something in the range of that.”