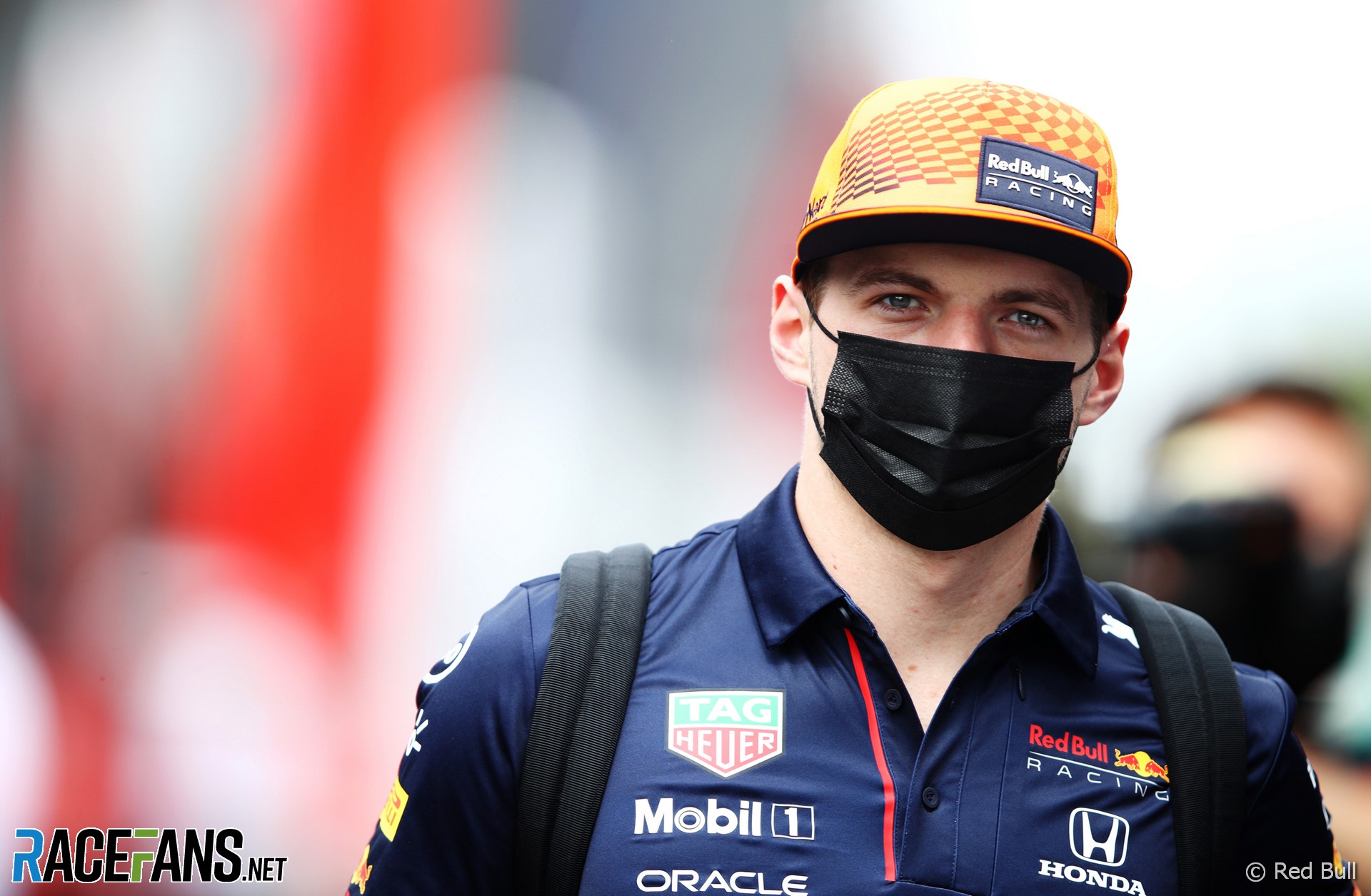 Max Verstappen has insisted neither Red Bull nor Aston Martin are to blame for the tyre failures he and Lance Stroll suffered during the Azerbaijan Grand Prix.

The pair retired after suffering left-rear tyre failures at the Baku City Circuit. Having inspected the tyres used by both drivers, Pirelli said its product had performed correctly and also confirmed the two teams had complied with the minimum tyre pressures it specified for the start of the race.

Verstappen said Pirelli’s explanation for the failures was “a bit vague.”

“The only thing I can say, from our side, is I think the team did everything like they should have done. I mean, they followed all the guidelines with tyre pressures and stuff, so there was nothing to be found there.”

Pirelli has specified minimum tyre pressures of 19.5psi at the rear and 21psi at the front for this weekend’s race at Paul Ricard.

“For sure we’ll go up on pressures here for this weekend,” said Verstappen. “I’m actually 100 percent sure we will.

“Probably it has something to do with that, what happened in Baku. But it would also be nice to just know if it was tyre pressure related. Just speak out, that would be a bit easier to understand than the explanation we got so far because the team didn’t do anything wrong.”

An updated technical directive has been introduced for this weekend’s race to ensure teams adhere to minimum tyre pressures during sessions.

“They explained that they don’t have measurement tools during the race,” said Verstappen. “But we gave them our tyre pressures and they were within the limits they set.

“If those limits are not correct, there’s nothing we can do about it. We just follow what is possible within the rules. If that means that we have to go up on pressures, we will, everyone will go up on pressures.

“I think they have to look at themselves. We are here happy to help, of course, with everything.”

Verstappen suspects the starting tyre pressures were not set high enough in Baku, where Pirelli increased front tyre pressures on Saturday morning. “They already went up on pressure from Friday to Saturday so that means something, but maybe it wasn’t enough,” he said. “We’ll go up on pressures here for sure. And hopefully that’s enough.”

Stroll’s team mate Sebastian Vettel also said their team had complied with Pirelli’s pressure limits. “The only thing that really matters, I can only speak for ourselves – obviously it happened in our team to Lance, he had a failure – we’ve been doing what Pirelli asked us to do. I don’t know anything else.”

13 comments on “Verstappen: Pirelli “cannot put the blame on us” over Baku tyre failures”