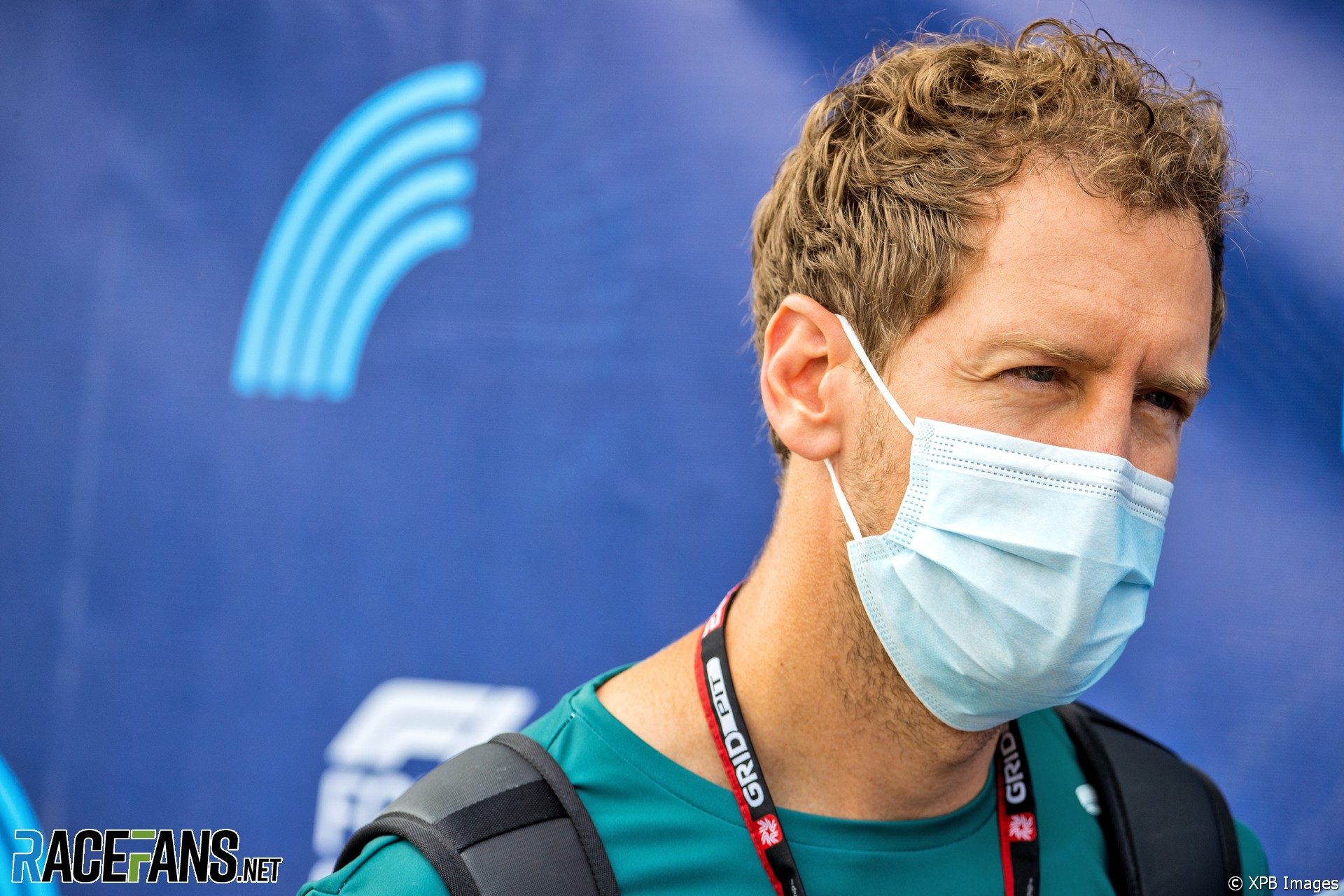 Sebastian Vettel said he doesn’t have complete confidence in the structural integrity of F1’s tyres following the failures at the previous round in Azerbaijan.

His Aston Martin team mate Lance Stroll was one of two drivers who crashed after experiencing a tyre failure at high speed during the race.

An updated technical directive on tyre use has been issued as a result of the crashes, specifying new checks of teams’ tyre pressures and temperatures during sessions. However Vettel said Aston Martin were already complying with the existing restrictions on starting tyre pressures

“The bottom line is that I think everybody gets control in the grid whether they are fine on pressures or not,” he said. “And I know that we were so that’s the most important thing.

“Then I think we don’t need to debate. I think there’s prescription in place, we stick to those in order to run the tyres in a safe window. When the tyre obviously fails we need to exactly understand why that is.”

Vettel acknowledged F1 tyres have to cope with a demanding range of conditions, but believes “the first priority should be that the tyres are safe.”

“Obviously in a race you have many different scenarios that the tyre needs to withstand. [It’s] not really news that this can be quite challenging.

“You’re going at high speeds, you are going at low speeds. You’re braking very hard. It can be very hot outside. The Tarmac can be smooth or can be rough.

“You have Safety Car windows where we have to follow the Safety Car because there’s a hazard on the track where we go very, very slow. In that scenario, the tyre pressures drop dramatically and then you have a green flag and everybody goes flat out, straight away. So the stress on the tyres, no doubt, is very, very high.

“But obviously it is a product that should be designed to, first of all, be as safe as possible.”

Vettel has experienced tyres failures on several occasions in previous seasons, including at Spa in 2015, the Red Bull Ring in 2016 and Silverstone in 2017.

“Over the last years we had plenty of occasions [and] I think there’s always been a proper follow-up and report. But from our side, and I can only speak for us drivers, the priority is clearly that the tyres are safe or safety has the highest priority and everything else, every other interest will always have to to come second,” he reiterated.

Formula 1’s official tyre supplier Pirelli is understood to have tried to arrange a meeting between the drivers and its head of motorsport Mario Isola today, but were unable to arrange a suitable time. Drivers will have the opportunity to speak to Isola at tomorrow’s briefing.