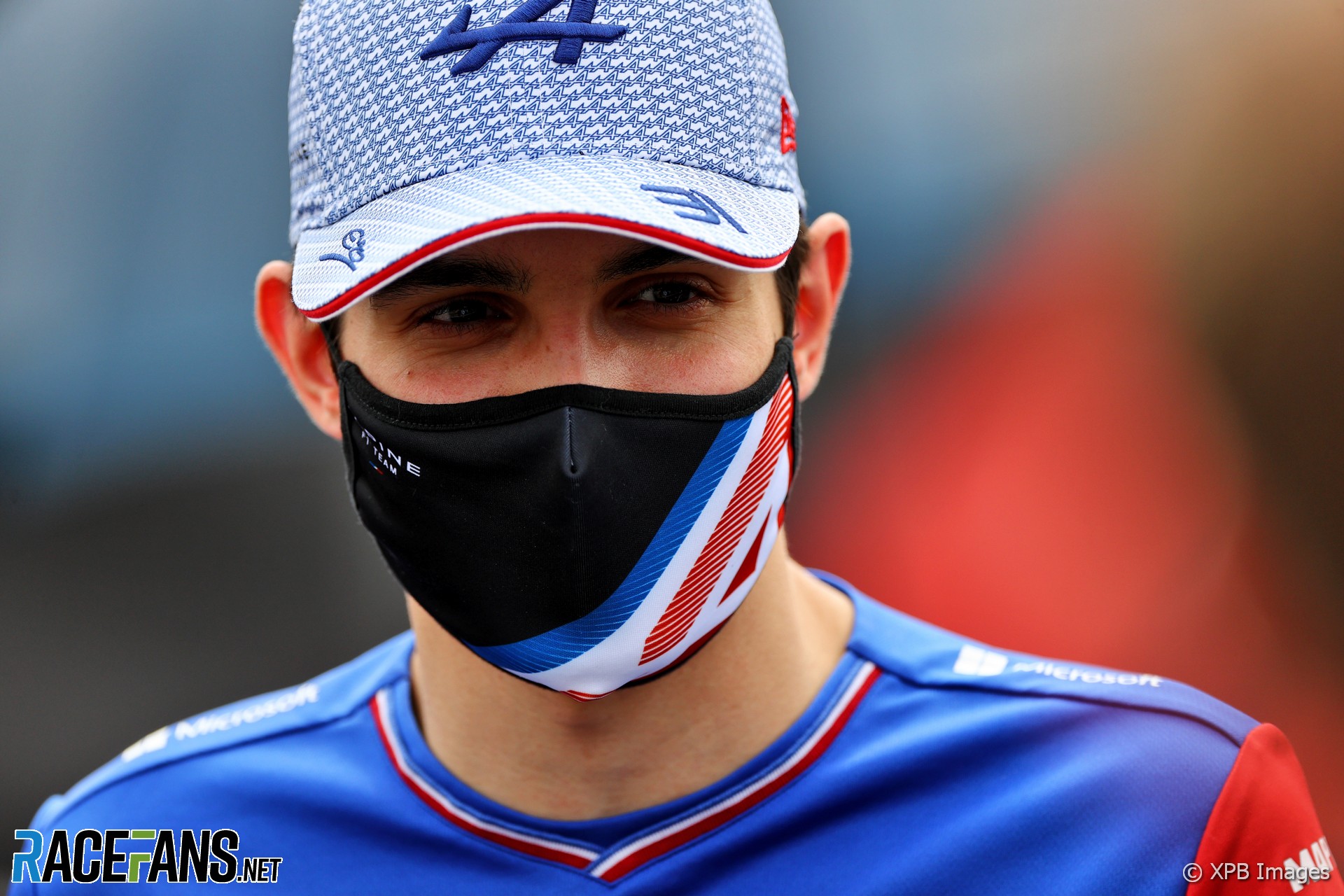 The team announced ahead of their home race that Ocon, who joined them last year, will remain in their cars until the end of 2024 at least.

Rossi described Ocon as “a great fine-tuner” of the car, whose approach reminded him of four-times world champion Alain Prost.

“He is very good at extracting the maximum out of the car,” said Rossi. “And it shows, he is constantly improving it. “He’s damn fast, too. Give him any car, he’s fast. He shows it every quali. So that makes him a very good driver.”

Ocon has also integrated well with the Alpine team since his arrival at the beginning of last year, when it ran under the name of brand owner Renault, said Rossi.

“He is a good team mate […] not just to the other driver, also the rest of the team. He is basically pushing everyone up and it shows. So he is a great guy to have in the team, in fact.

“And then beyond the F1 driver he is a great guy. He is humble, very generous of his time, constantly giving his time. Even to us in the larger construct, he always offers to chime into the development of the new car or the brand awareness that will work. So it’s really good to have him around. That’s why we signed him for three years.”

Keeping Ocon on board brings stability to the team’s line-up. The 2022 F1 season will be the first time since Renault returned to F1 in 2016 that the team has begun two consecutive championships with the same drivers.

“We have a mid-to-long term view of things at Renault,” said Rossi. “We want to be here for a long time so we wanted to secure that first step. The first step is three years.

“We’ve seen enough of Esteban, we know he’s good. I don’t want to be here again looking for another driver after two years. The recent past shows that it never really turns to the right way, you have a good driver, you want to keep him.

“So I think it’s good for us, good for him. We have a long runway to make progress. It buys into the project, it lends credibility to our project.

“For me it’s also a guarantee that we’re going to perform on the driver department. Esteban is arguably a top 10 driver, minimum. So we don’t make a big mistake here. So for me it was a no-brainer. It’s part of a long journey and Esteban fits into that mould quite well.”

Ocon is managed by Mercedes, but Rossi confirmed the world champions will not be able to call on his services over the duration of his contract.

“He is a Mercedes-managed driver, that’s about it,” said Rossi. “So he is constantly under their management, but there’s no such clause as Mercedes […] putting him out of the team. No, he stays with us for the next three years.”