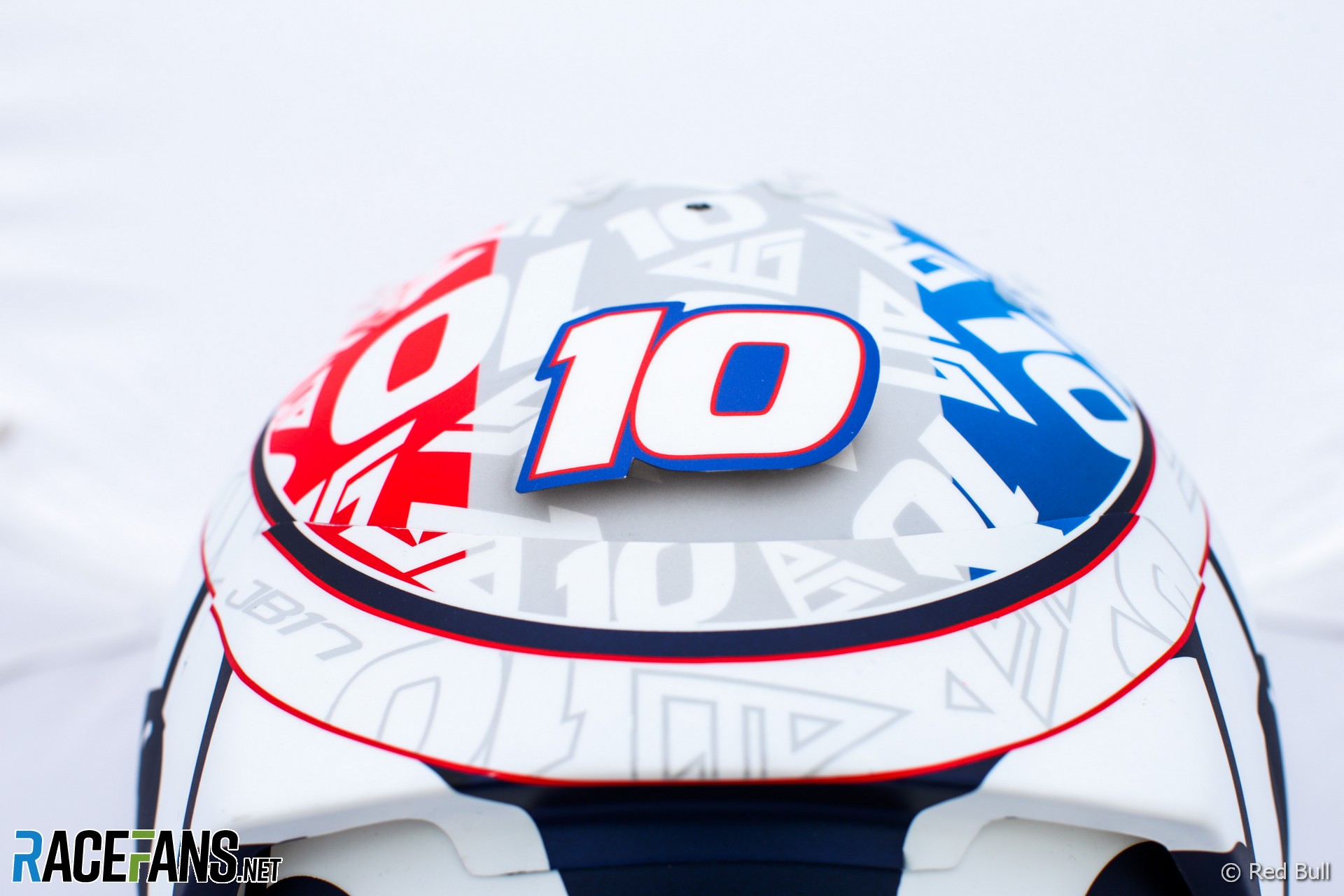 Charles Leclerc has revived his first design for this race, while is so close to his home town of Monte-Carlo that it almost counts as a home round.

“After 19 years I’m bringing back my first design from when I started karting near here,” explained the pole-winner of the last two rounds. “I remember when I drew the design Spider-Man was on TV and I tried to make it look like his web. I’ve got many great memories from this part of my life, it will be special wearing it again.”

There was no French Grand Prix last year, which meant no home race for Pierre Gasly. He’s celebrating his return with a tricolour on his helmet this weekend.

Gasly’s team mate Yuki Tsunoda has also updated his design for this weekend. The other AlphaTauri driver has changed to a paler shade of orange for the seventh round of the world championship.

For Esteban Ocon, this is his first home race since 2018, as he didn’t race in 2019. Now driving for a French team, he’s added the image of the Eiffel tower to the top of his helmet, which has a chrome finish.

Both McLaren drivers have tributes to the team’s late shareholder Mansour Ojjeh, who passed away on June 6th. The text ‘Mansour’ appeared on their visor strips.