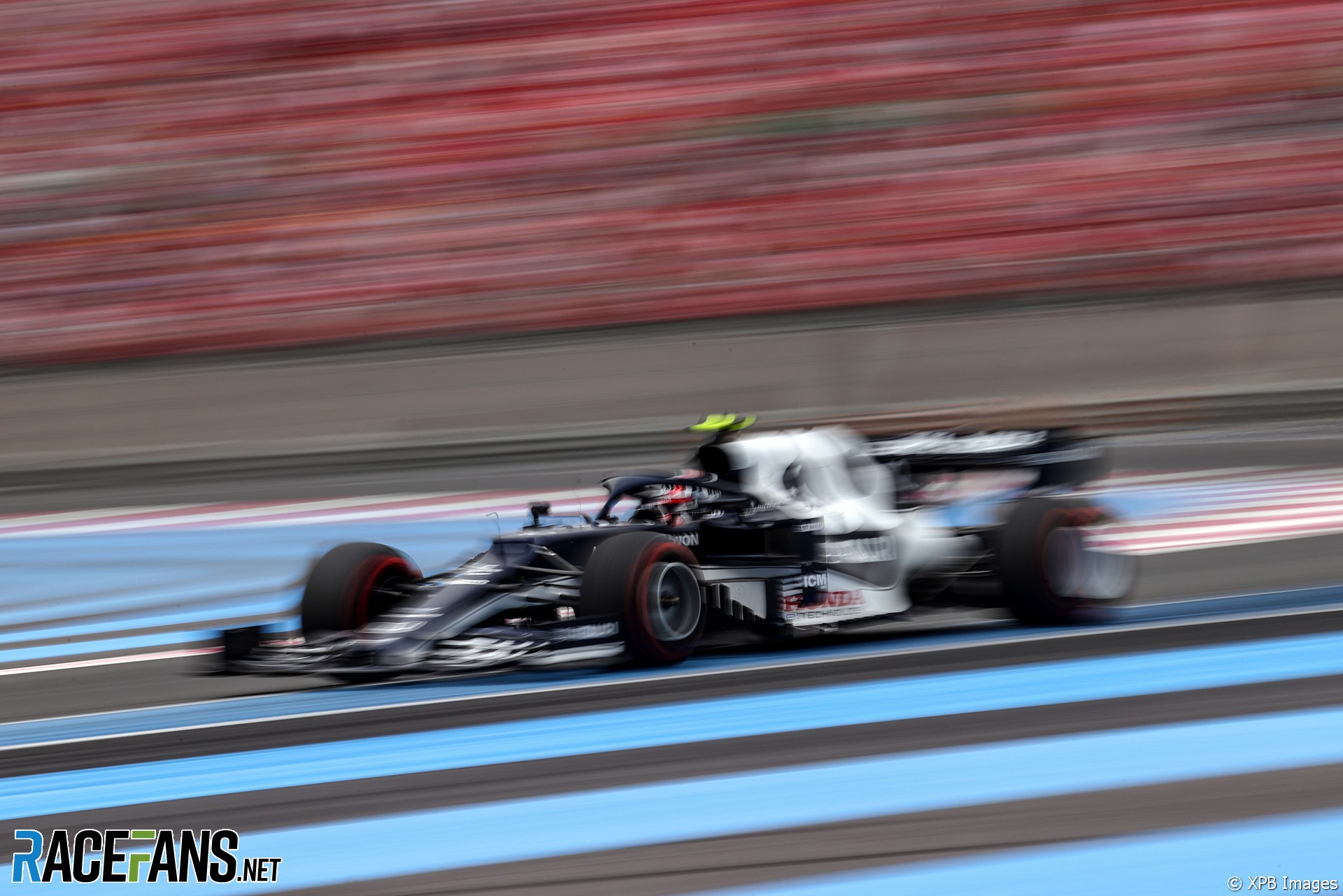 Pierre Gasly says it’s “arguable” whether he exceeded track limits at turn six on his first run in Q3 that was deleted by the stewards.

Gasly qualified in sixth place for his home grand prix but only after he had two lap times deleted for running too wide on the exit of turn six, in Q2 and Q3 respectively.

The AlphaTauri driver expressed his frustration over team radio to race engineer Pierre Hamelin after he was informed his first lap in Q3 had been wiped for track limits.

Gasly was able to complete a legitimate time on his second and final run, beating Charles Leclerc in the Ferrari to sixth on the grid.

FIA race director Michael Masi informed teams before final practice that the exit of turn six would be monitored for track limits for the rest of the French Grand Prix weekend. Despite falling foul of the new rules twice in qualifying, Gasly is not convinced he was guilty of the offence.

“Sometimes in the past there they’ve definitely kept some lap times with a much worse situation. But at the end of the day, you know, that’s what it is. And then I improved my lap time afterwards so I don’t care so much, but obviously it was quite frustrating at the time. But I’m the one inside the car and Michael is the one deciding. As long as he keeps it consistent between all of us, that’s the most important thing.”

Having recorded his fifth top six grid position in the opening seven rounds of the 2021 season, Gasly says he is “excited” about his chances for a good result in tomorrow’s race.

“After FP3, the pace was really positive,” he says. “Now we’re all on the same kind of strategy, I guess. So we’ll have to see what we can do from there.

“I feel with the car we made a very good improvement for qualifying, so hopefully it’s going to give us some improvement for the race pace for tomorrow compared to what we showed in FP2. I’m excited.”